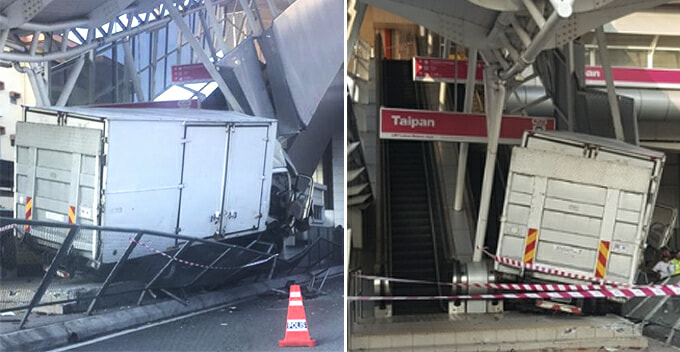 In an early morning incident (3 May), a lorry rammed into the escalator of Taipan LRT station and quickly garnered the attention of passers-by – as well as rubberneckers stuck in traffic. 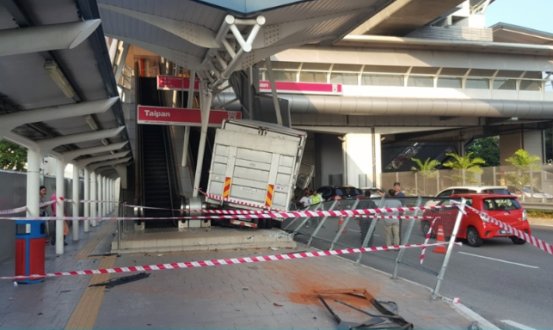 According to Sinchew, the cabin of the lorry was badly damaged after hitting the escalator located at the side of the road. Luckily, the driver only sustained light head injuries and paramedics were quickly dispatched to the scene after the accident.

They stopped his bleeding and patched him up on the spot, as seen in pictures shared by netizens on social media. How the accident happened is still unconfirmed, but no serious injuries were reported. 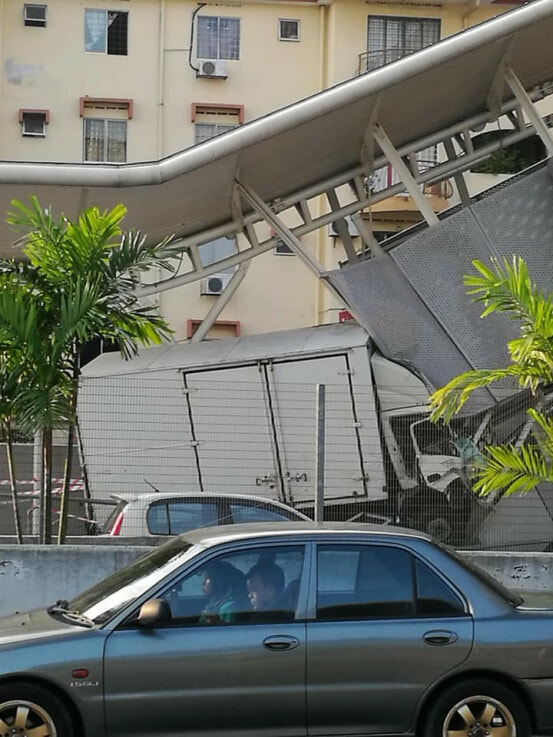 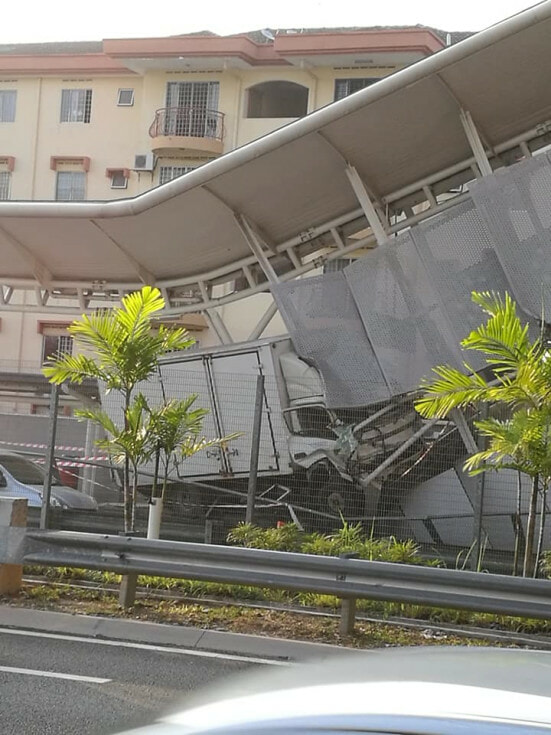 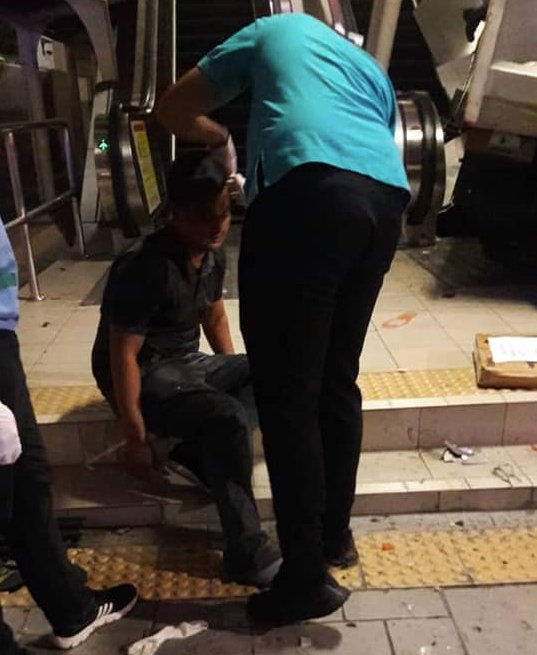 At the time of writing, the authorities have cordoned off the scene and members of the public are not allowed to enter until the scene has been cleaned up. Also, the accident has caused a slight traffic jam in the area, so heads up if you’re using that road!

We pray for the driver’s speedy recovery. Hopefully, the escalator will be up and running soon so as not to disrupt commuters’ routine. Spread the word if you know someone who gets on or off at this station! 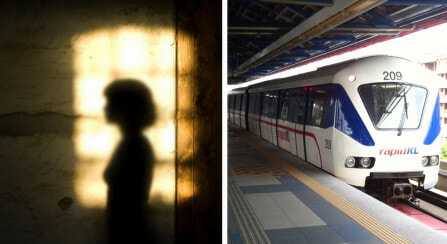