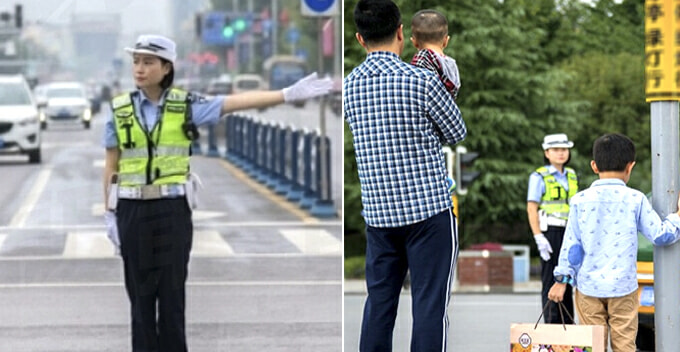 If you’re feeling a warm sensation after reading this story, that’s okay, because it’s a heartwarming story.

Mooncake Festival is all about family reunion and spending quality time together. However, for this female traffic police in Sichuan, China, she had to leave her family behind because duty called.

On the day of the mooncake festival itself, Wong had to work and she could be seen standing in the street directing traffic and assisting old folks crossing the road. 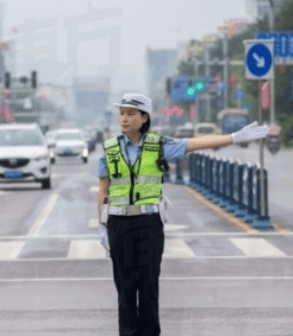 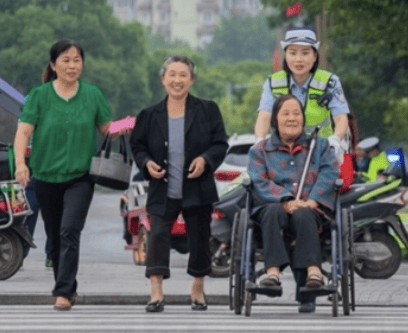 However, she was feeling guilty at the same time because earlier in September, Wong had promised her son that they would celebrate the mooncake festival together by having a family outing.

However, when duty called, Wong had to break the promise and go to work. To avoid letting the kid down, Wong’s husband came up with a plan to make the family reunion a reality.

Dressed in a checkered shirt, he brought their son and one-year-old baby to visit Wong in the street. Her husband was carrying the baby while their toddler was clinging on to a box of mooncake. 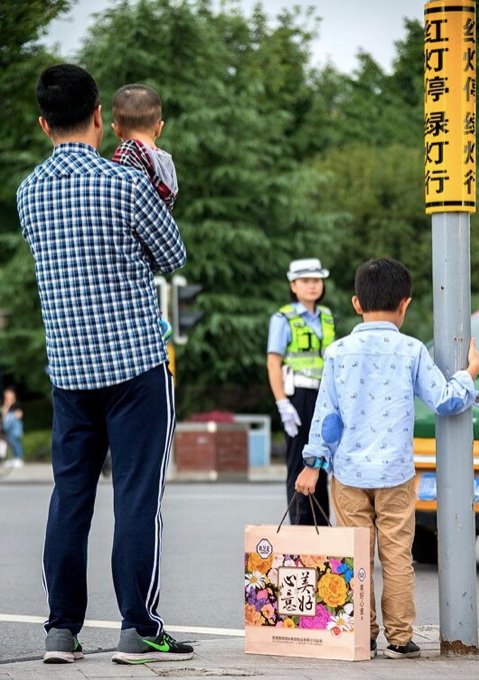 From the side of the road, the family stood there watching the mother carrying out her duty.

When it’s finally Wong’s time to take a break, they sat down together at a nearby stand while the son handed her a bottle of mineral water. They then broke out the mooncake the kid brought along and enjoyed it as a family. 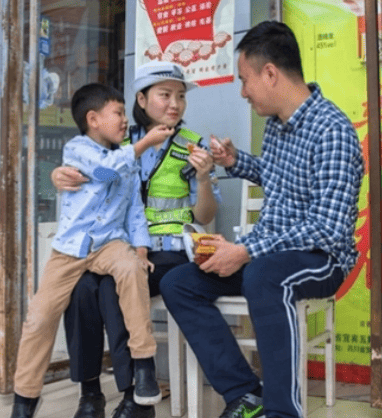 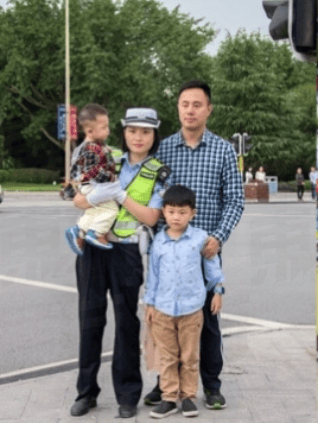 The time they spent together was short as Wong had to resume her duty afterwards; nevertheless, it was a priceless moment for the family.

The same situation happens in our country every year as cops, especially traffic police, aren’t allowed to take leave during festive seasons in order to safeguard our country, and we thank them for their sacrifice.

This story has made our day, and we hope it has made yours too! 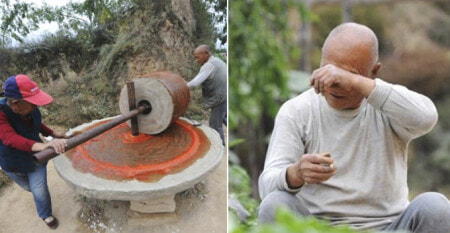