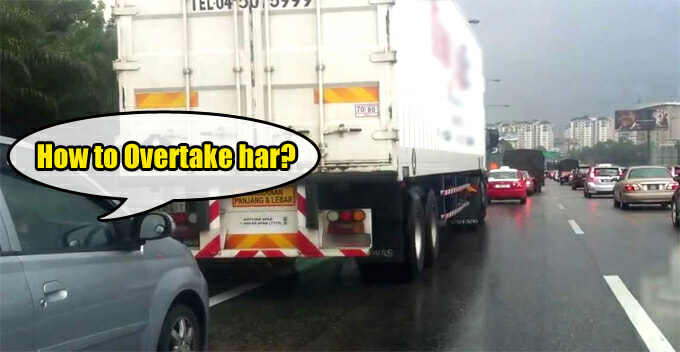 If driving around a huge lorry makes you seriously uncomfortable, it’s either because you’ve watched Final Destination 2 before or you know crashing into a lorry leaves you with very slim chances of survival. 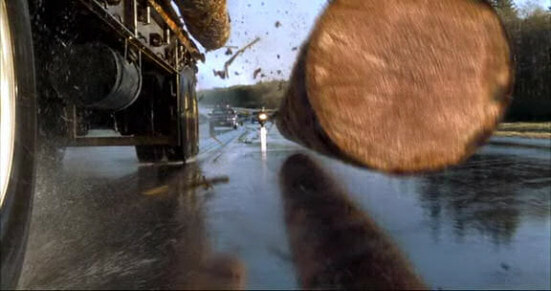 It’s true that we can’t control how others drive, but we do have the ability to drive defensively and minimise the risk of getting into an accident, which is why we’ve compiled a number of tips to stay safe while driving around huge vehicles such as buses, container lorries or trailers. 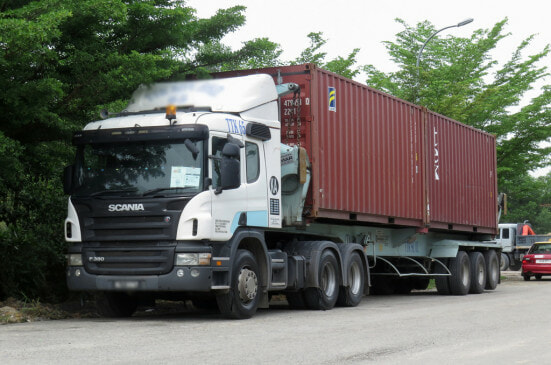 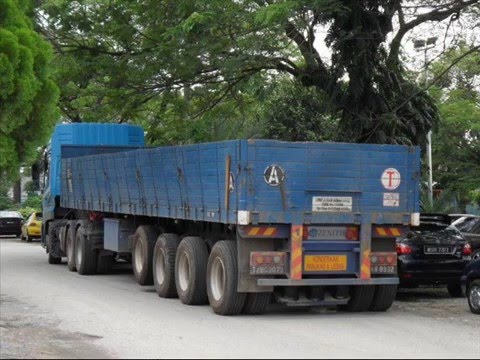 1. Stay out of the lorry driver’s blind spots

In this context, blind spot simply means the area where the driver’s view is obstructed. The shaded areas in the picture below are the blind spots of a lorry. 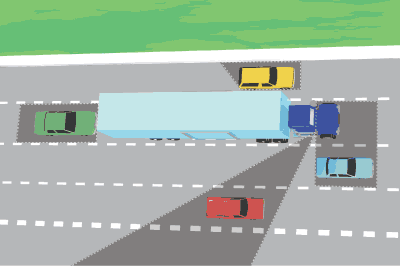 Staying in either one of these blind spots puts you in the collision lane if the lorry driver ever needs to make a sudden evasive movement or brake hard. These blind spots are known as ‘No Zones’ for a reason!

2. Don’t cut too close in front of the lorry and then hit on the brakes

That’s the worst thing you can do because heavy vehicles need longer time and distance to come to a dead stop. If they failed to do so, you’ll be fatally ‘sandwiched‘ between the two lorries. 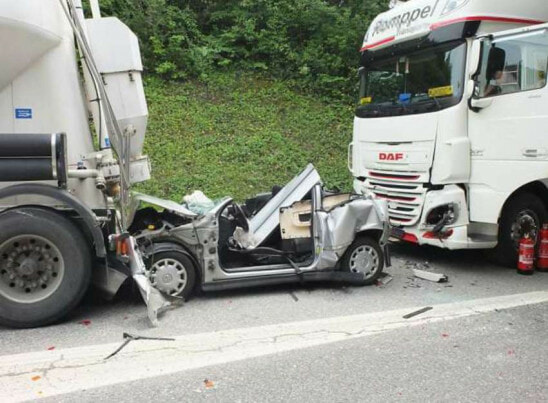 There are several good reasons for this; 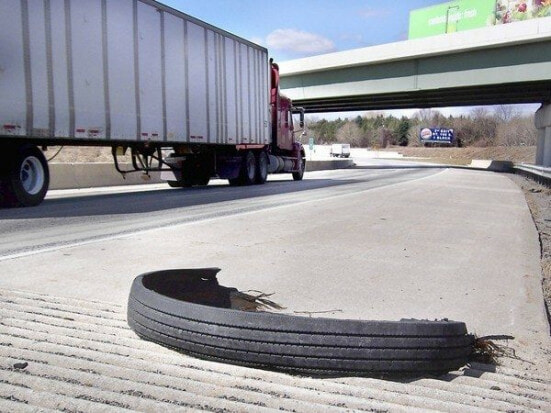 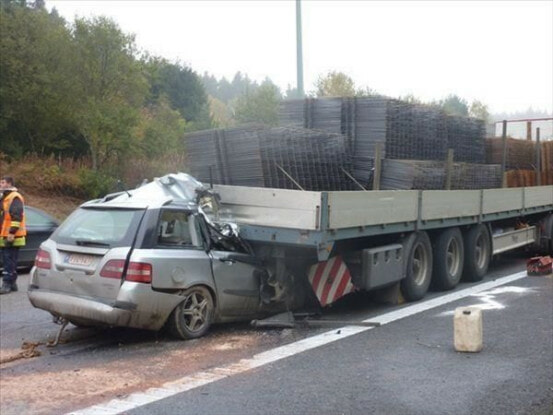 4. Don’t turn into a road next to a lorry

A lorry or even a bus can “swing” at the front before making a sharp turn. This manoeuvre is used to allow the tail to follow through safely without colliding with the road barrier or cars in the opposite lane.

Even after doing that, the lorry would still ‘eat’ into the lane beside them due to their long structure.

So what you should do is – stop and let the lorry turn first.

There’s no use pointing fingers at the lorry driver after the accident had already happened. So guys, keep these tips in mind and stay safe on the road! 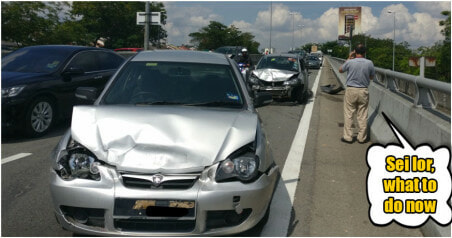