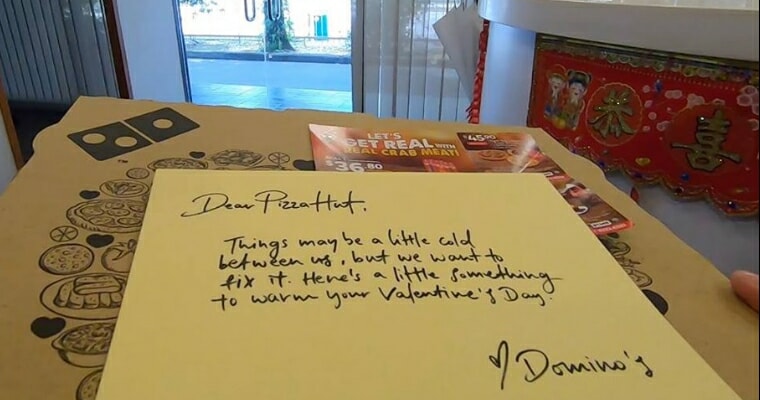 During this time of romance, Domino’s Pizza Singapore has decided to send a cheeky Valentine to their biggest competitor: Pizza Hut. Fittingly enough, Domino’s sent their love to their rival in the form of piping hot pizzas.

…pretty cheesy, if you ask us. (pun absolutely intended)

“Hey Pizza Hut, we both eat pizza, live pizza and breathe pizza, so we obviously love pizzas! From one pizza lover to another, here’s a gift from the bottom of our hearts 💖
#HappyEveryoneValentinesDay #MakeLoveNotWar”

Hey Pizza Hut, we both eat pizza, live pizza and breathe pizza, so we obviously love pizzas! From one pizza lover to…

They later released a video where they showed a rider picking up the two medium pizzas and delivering them to Pizza Hut’s offices, complete with a playful note attached. 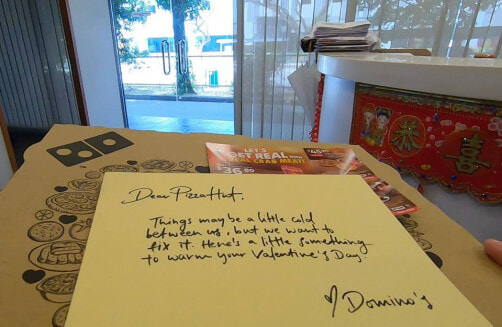 “Dear Pizza Hut, things may be a little cold between us, but we want to fix it. Here’s a little something to warm your Valentine’s Day. Love, Domino’s.”

Sure enough, Pizza Hut dropped a sporting reply on Domino’s post a few hours later, along with a picture of some virtual pizza. 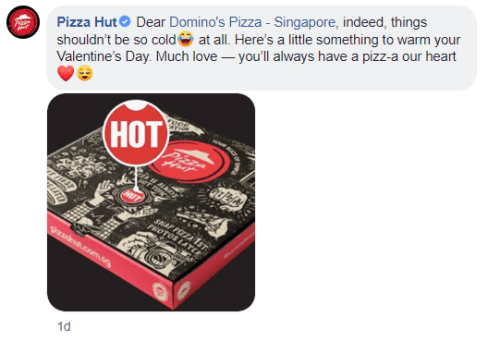 Without missing a beat, Domino fired back with a humorous humble-brag response.

Truly, it feels good to have a warm relationship!

They say rivals usually carry deep, unspoken respect for each other, and in this case, Domino’s proves that al-dough (okay, that’s the last one, we promise) there’s a time to compete, there’s also a time to kiss and make up.

We totally support this new couple and sincerely hope they’ve found their happily ever cheddar. What unlikely Valentine’s have you guys seen this season? Let us know in the comments!

Also read: Boss Gets 8 Hours Notice to Fire All Staff, Decides to Buy Everyone Pizza & Give Recommendation Letters 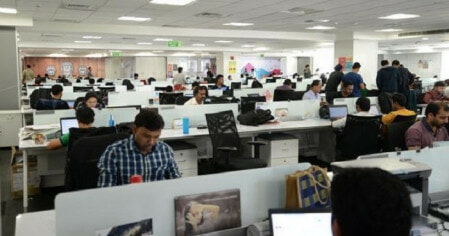