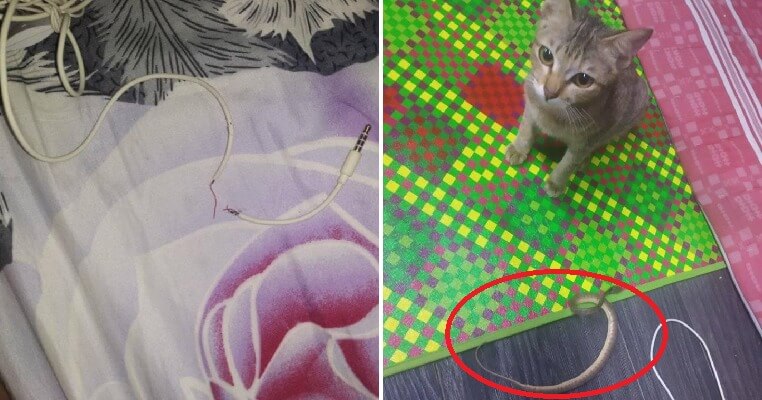 Cats can be rather cute but slightly weird sometimes – and even so, we can’t help but love them to bits, a feeling you know if you have one yourself. Often, their quirky behaviour puzzles us even as they try to show their affection in their own special ways. Recently, another adorable cat went viral after the owner posted about the feline’s shenanigans on Facebook. 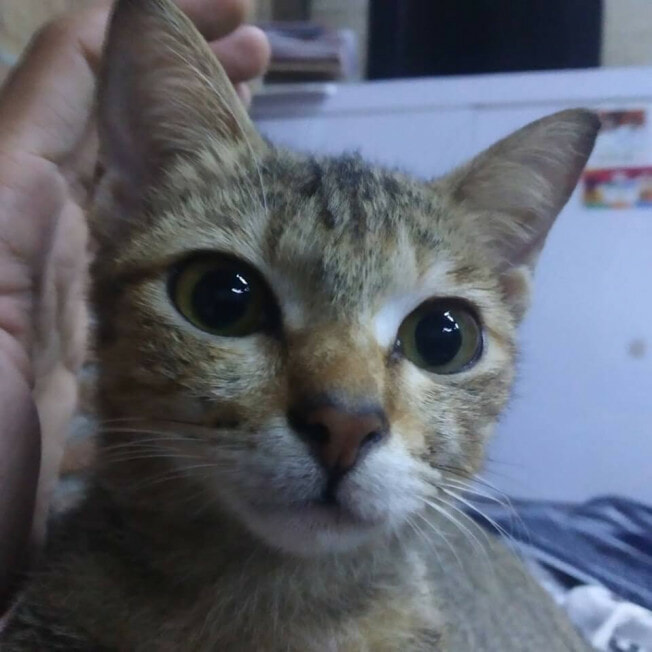 Haryanto Pherwhirra Ramadhani from Indonesia shared a couple photos of his cat’s antics in a Facebook group known as ‘Kami Pecinta Kucing’ on April 30 and has since gone viral with over 6,600 shares. In his post he wrote, “Earlier today, the cat was playing with my earphones on my bed when it accidentally bit it into two pieces. I scolded the cat and it left the house after that. When it came home one hour later, the cat brought a gift for me.” 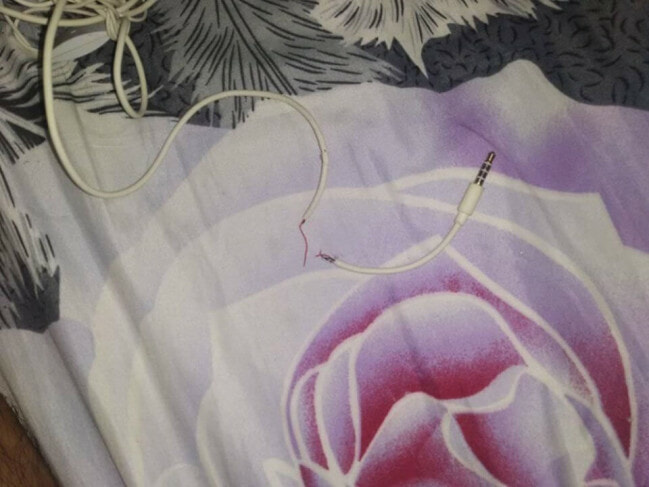 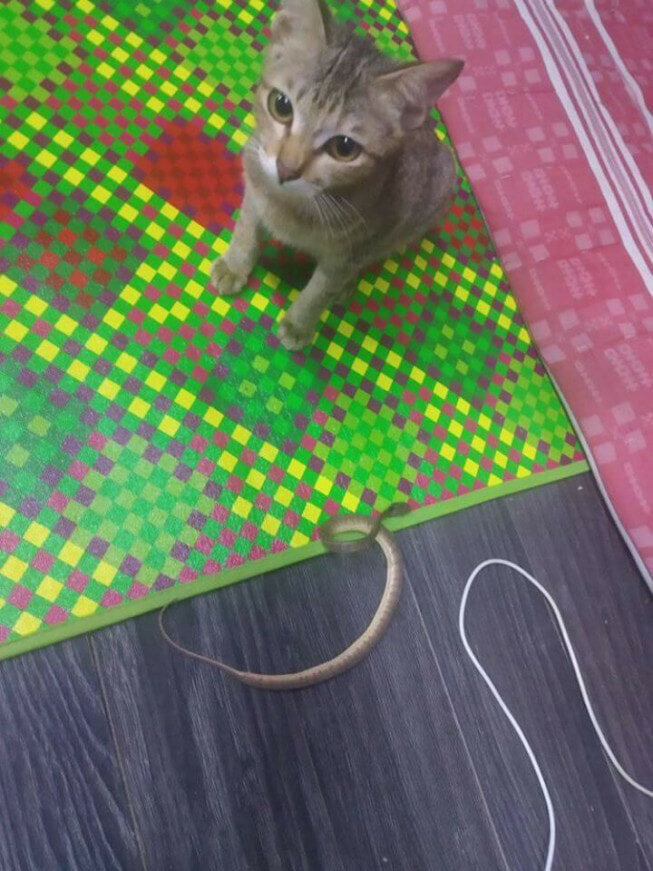 Guess what the kitty brought back? Based on the photos Haryanto posted, the apologetic cat brought back a small, thin snake and dropped it in front of its owner. Netizens were amused by the cat and said that the snake was actually an apology gift. Besides, they also said that the cat might have brought back the snake as a replacement cable for the owner, as it was long and thin, just like a wire. 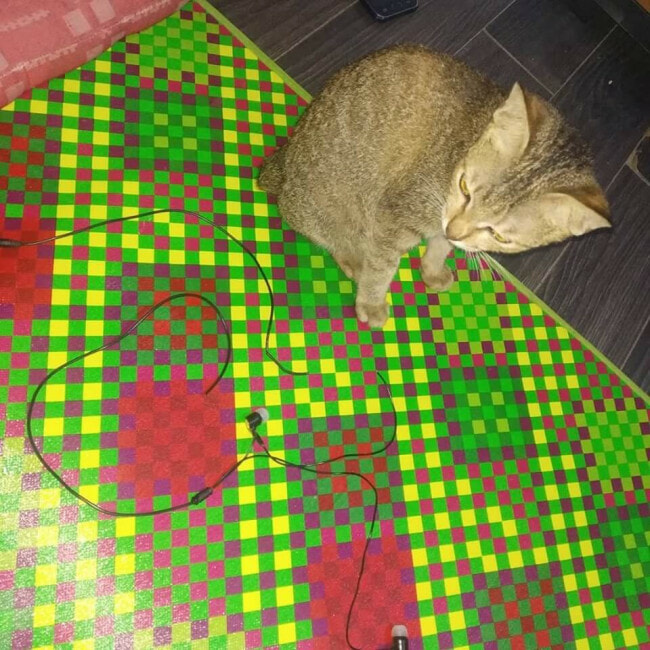 Some of them praised the cat, saying that it was quite smart and wanted to make amends with its owner. They also laughed at the cat’s expression as it looked guilty and apologetic, and asked Haryanto to forgive the kitty. Haryanto bought new earphones after that incident but the naughty cat played with it and spoilt it again. However, Haryanto said that he didn’t dare to scold the cat anymore, lest the kitty brings back another snake to apologise!

Has your pet ever done something similar? Let us know in the comments section!

Also read: Man Feels Suffocated in the Mornings, Finds Out It’s Because Cat Sleeps On His Face 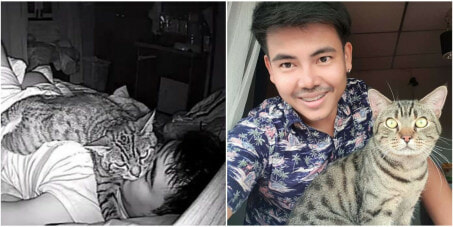