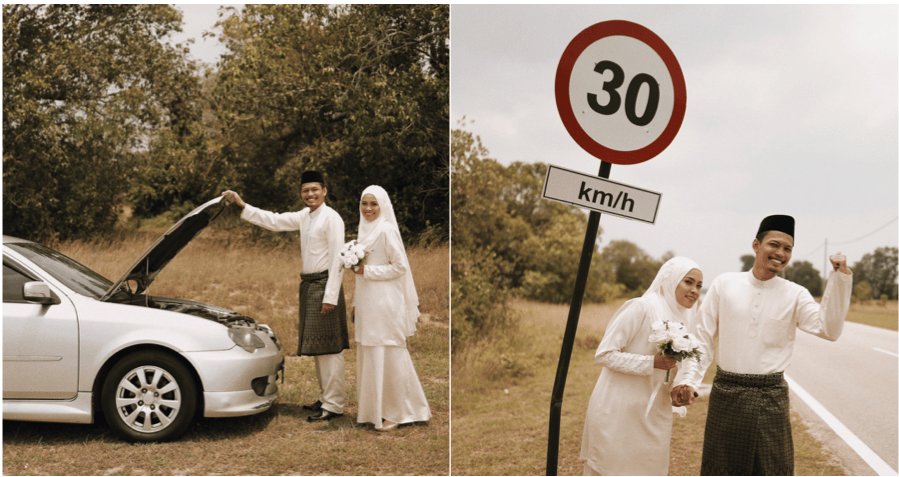 Although I’m not married yet, I’ve witnessed so many friends getting hitched that it’s safe to say that weddings can be one of the most stressful occasions for couples. Anything and everything could go wrong.

For this couple from Pahang, their wedding day disaster came in the form of a broken-down car, while they were on their way for their wedding photoshoot. Oh no! 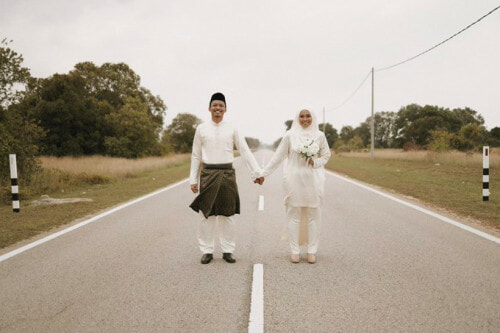 However, thanks to the creativity and resourcefulness of their photographer, they managed to create a set of beautiful, rustic and light-hearted wedding photos. 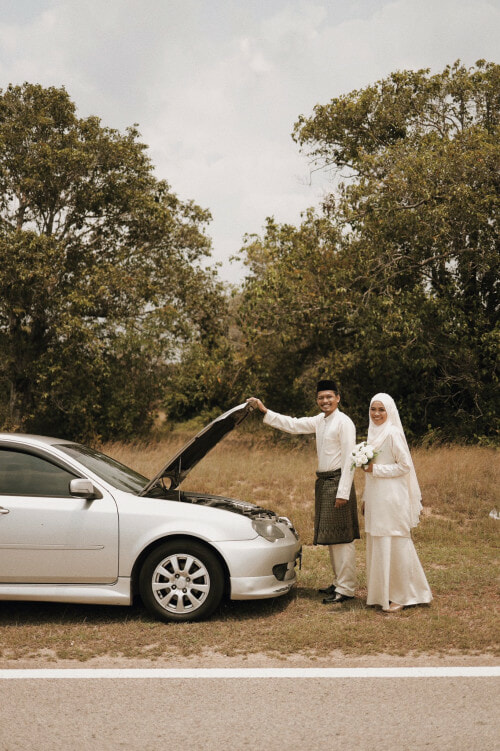 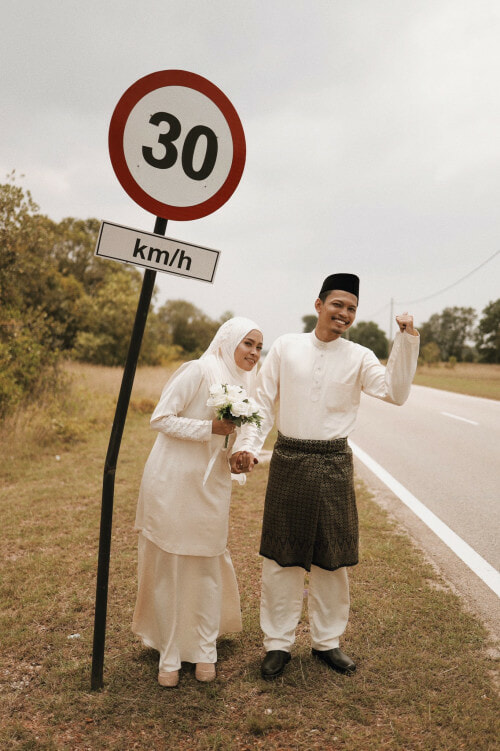 The photographer, Api Hazmi, tweeted about the incident and included some of the photos that he managed to capture. He wrote,

“When we were on our way, the wedding couple’s car broke down. Without wasting any time, I decided to utilise the moment and shoot a few photos of them.” 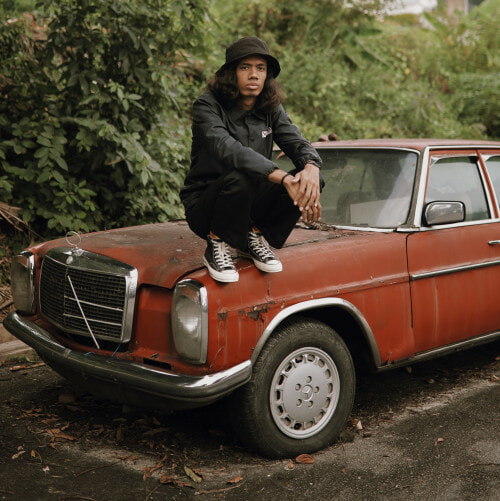 Api Hazmi told Kisah Dunia that there were loads of cars that passed by, but they did not stop to help because they assumed that the broken down car was a prop in the wedding photoshoot.

Sometimes things do not go as planned, but with the right mindset, even the most difficult situations can be used to one’s advantage. Kudos to the photographer who chose not to be bogged down and managed to produce beautiful pictures even though they were not in a conducive setting.

Also read: This Girl Loves Bubble Tea So Much That She Made Chatime Part of Her Wedding Day! 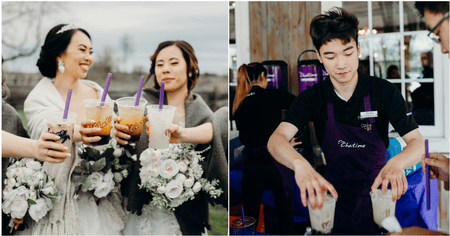