With a staggering population of over a billion people, you’d probably be surprised to find out that all 18 sperm banks in China are reportedly to be short of donors. According to the rules of the country, each province is limited to a single sperm bank, and even so, they are struggling to cater to the demand.

To tackle the issue, sperm banks have tried attracting donors by giving a wonderful incentive that even people worldwide would be jealous. With the frenzy created by the release of the iPhone 7, the institute settles to offer donors the iPhone 6S in exchange for their … contribution. 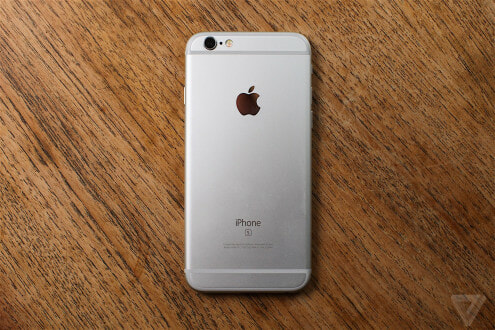 That’s a lot of moneyyyy!

A day later, Shanghai Human Sperm Bank of Renji Hospital followed suit with the game-changer. It was reported that the advertisement was viewed over 400,000 times. That’s not bad at all!

Dr. Zhu from the Hubei sperm bank admitted that it has been tough trying to attract people to donate and hopes that the new incentive would bring up the numbers of donors. While the bank’s method of advertisement has been viewed as controversial by others, Dr. Zhu states that the bank is only targeting conscience adults, fully capable of making their own decisions.

It was reported that students, in particular, seemed drawn by the idea.

Li, a student told the press that his roommate seemed tempted with the offer and another named Wang felt there was no harm with the method either.

“It’s nothing bad, but indeed a new way,” said Wang.

Looks like the appeal for the Apple phones is pretty powerful. Would you donate in exchange for an Apple phone?