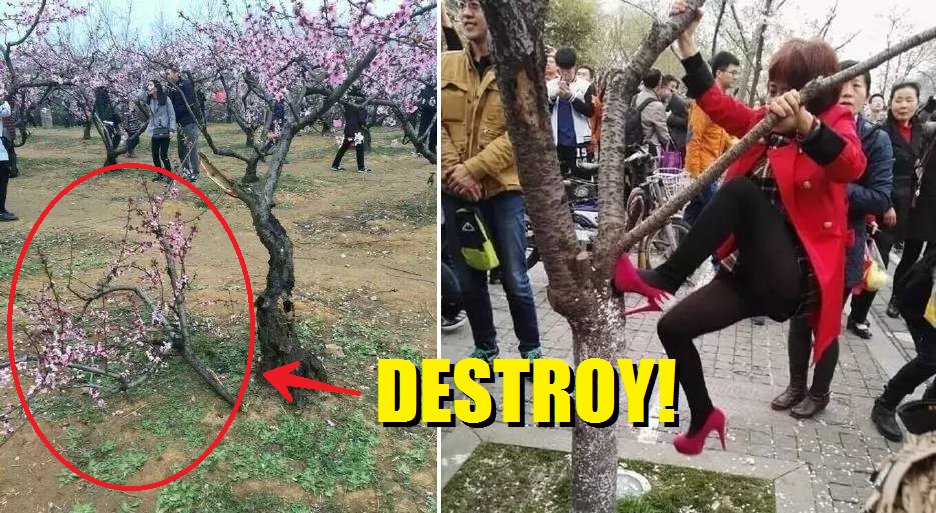 It’s around the month where beautiful cherry blossoms bloom and tourists from all over the world would visit to admire the breathtaking flowers.

However in China, the wonderful cherry blossom trees were unfortunately defaced by Chinese tourists. These uncivilized visitors were seen kicking, shaking and climbing the trees in an effort just to create “cherry blossom rain”.

The rude tourists were caught red handed on camera destroying the wonderful sight for a mere ‘perfect’ and ‘romantic’ picture. 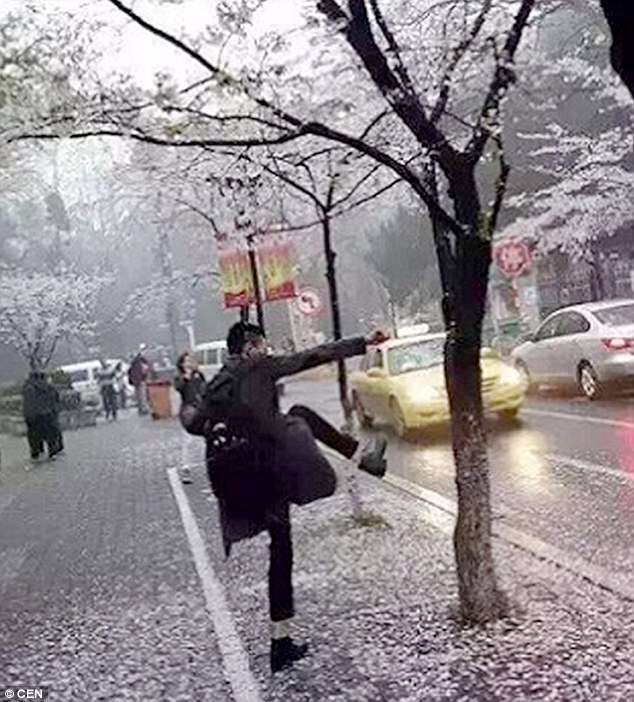 In Nanjing, authorities said that any tourists caught violating the state-owned trees in such a way will face fines and even be blacklisted from certain areas.

A few people were witnessed to be firmly kicking on the tree trunks so the cherry blossom petals would fall on them.

Taking pictures of the ‘pink rain’ is popular in China, but it seems that some people are taking them too seriously that they would forcefully create their own ‘pink shower’ even though none of the petals were falling yet. 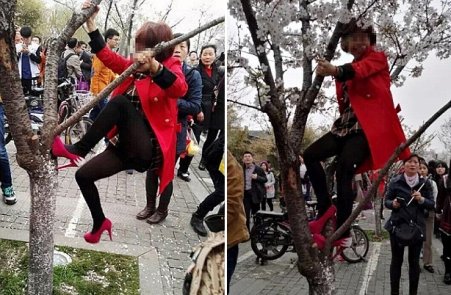 One visitor even caught a woman in red high-heels climbing up a tree for her perfect picture moment, only to get herself stuck afterwards. 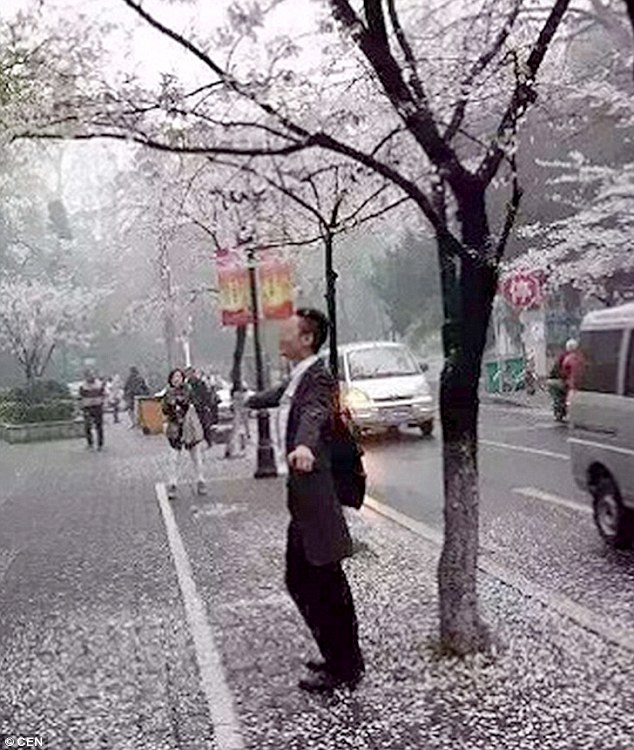 There has been a lot of reports of such incident. In one instance, a man stood under the tree, in his prepared pose, while his friend shook the tree to let pink petals fall on him.

In another case, two young women at Hunan university were caught in a video clip shaking and bashing a blossom tree while a photographer urged them on in the background.

At the end of the clip, the ground appears littered with the brightly coloured petals and the trees are often left irrevocably damaged after visitors are done ‘using’ it. 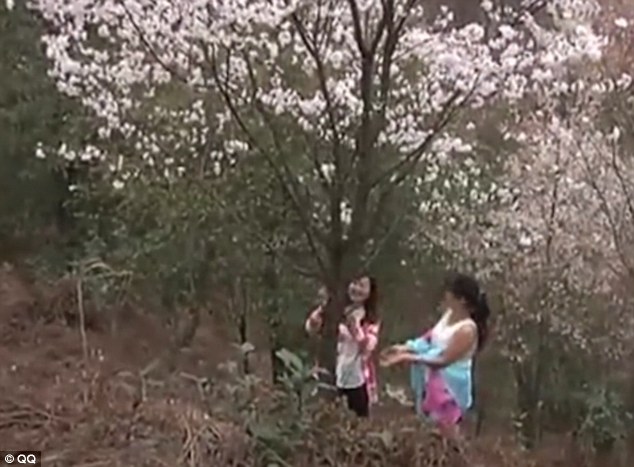 It is pretty perplexing and disappointing as to how people are behaving, especially when it’s only to take a picture. Their willingness to destroy beautiful nature sparked outrage internationally and people from all around the world hoped that the Chinese authorities will do something about the ordeal.