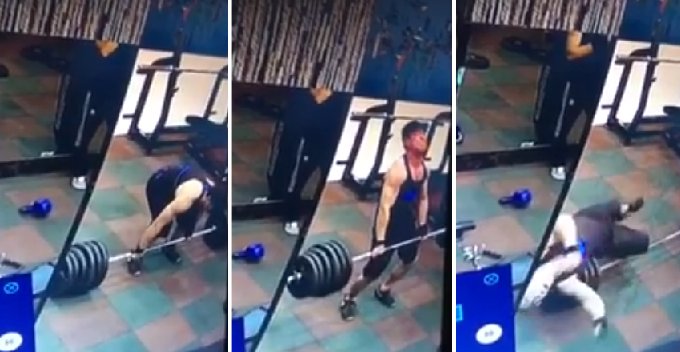 Go hard, or go home. That’s the line painted on the wall in almost every gym. But if you go too hard, you might hurt yourself.

Recently, a buff guy collapsed on the floor after lifting too much weights at a gym. According to the netizen who posted the videos on social media, the incident took place in China.

From the video, it can be seen that the guy was performing dead-lift from the floor. There were approximately 12 plates of various weights loaded on the barbel. Some netizens said that the weight was too much for a person of his size. 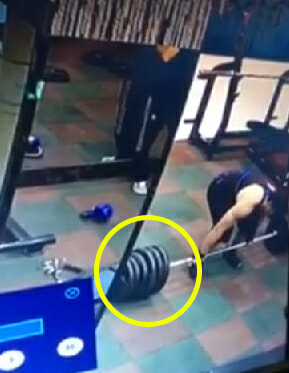 The weight was so heavy that he was struggling throughout the attempt. As he forced himself to complete one full range of motion, his face turned red because he was holding his breath to harness maximum energy from his body. 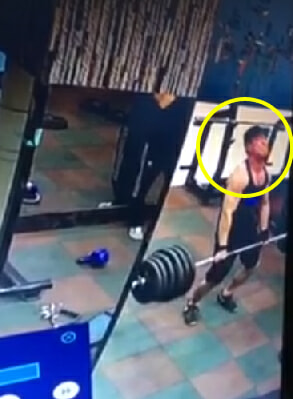 After laying the barbel on the floor, he stood there for seconds before collapsing on the floor. He appeared to be dizzy at first and then blacked out. 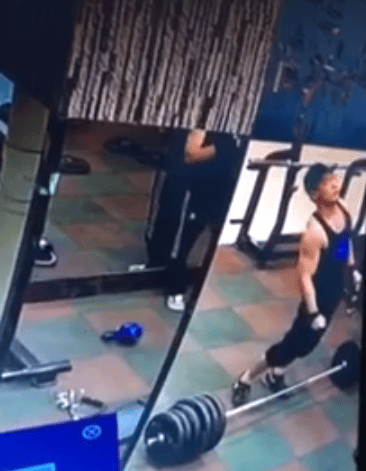 His back landed hard on the iron weight plates before rolling on the floor. Ouch! 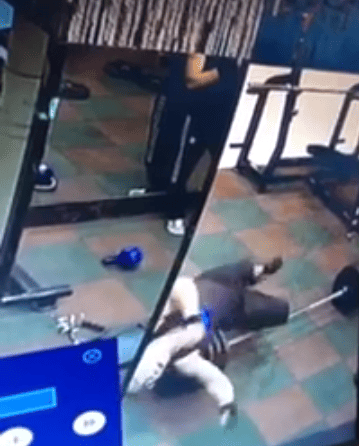 People in the gym quickly rushed to help him after he appeared to be unconscious on the floor. The footage quickly went viral with over 3,000 shares in just 2 days.

“I (am) scared (that) his veins will burst because he’s lifting too heavy,” said a netizen.

“That’s too heavy! His breathing technique was wrong and blood failed to reach his brain,” commented another netizen.

According to Breaking Muscles, medical professionals refer to this phenomenon as ‘syncope’. This usually happens when the weightlifters hold their breath for too long or the barbel is restricting their carotid artery. As a result, there’s insufficient blood going into the brain and the person may black out.

Besides holding breath too long, dehydration can also cause a weightlifter to pass out. This is because the lack of hydration causes lower blood pressure which in turn leads to insufficient blood flowing to the brain. Those gym rats who workout in high heat condition may want to take note.

Another cause for this condition is low blood sugar. So don’t train on an empty stomach guys. Grab some food that’s high in carbohydrates and sugar such as bread, power bars or fruits.

Last but not least, don’t say “yeap, buddy!” if it’s too heavy because you aren’t Ronnie Coleman. Choose a suitable weight that you can handle.

You can watch the complete footage here:

It’s important to strive for a new personal record (PR), but make sure you guys aren’t ego-lifting. Stay safe guys!