Chinese citizen known as “韩熙雅abby” has been recently gaining internet attention after images and videos of her are circulated online – not for the best reason though.

With her unnatural beauty, Abby has underwent intense surgery to have her face altered. So much so that many have called her face a real ‘face mask’. 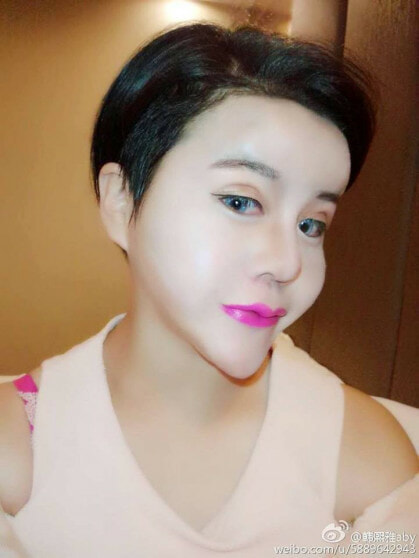 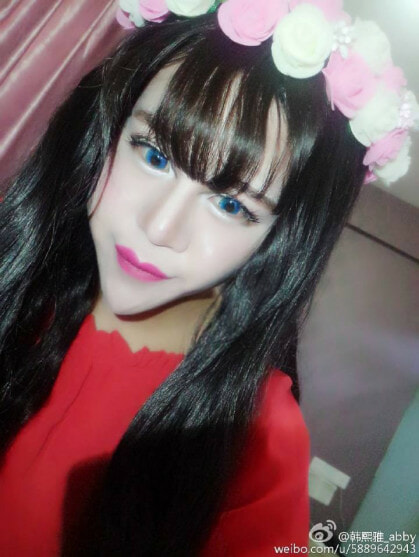 What’s most shocking is her claim for her ‘beauty’. She often posts on social media about the attention she’s been getting. Abby even claims that once a stranger even came up to kiss her, stealing her first kiss. Umm, sure okay. 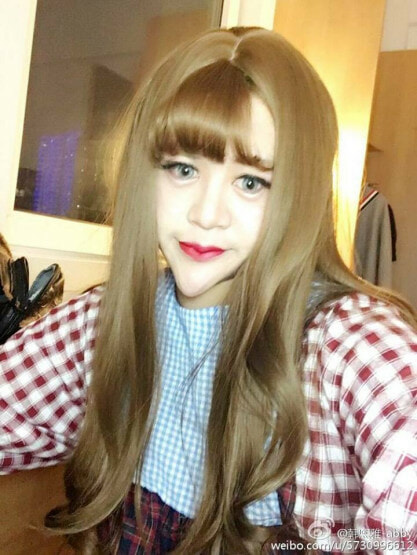 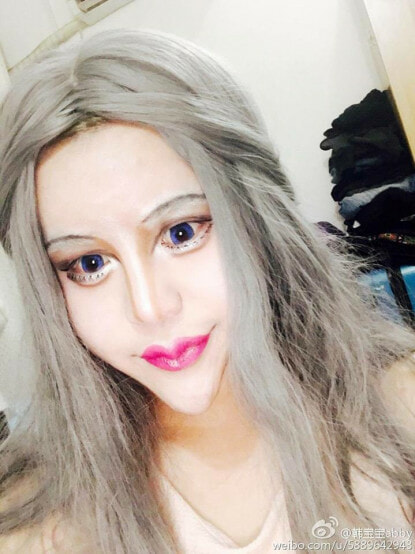 Seemingly to be following in the footsteps of ‘Snake Spirit Boy‘, Abby has altered her face with a similar super sharp chin and other facial features that supposed to be ‘beautiful’.

Obsessed for being ‘mixed blood’, Abby often wears blue coloured contact-lenses to look the part. She also claims that she’s been living in the US for a long time before recently coming back to China. She further supports her claims by speaking in Chinese with an awkward accent.

Abby is also often spotted flashing her wealth by displaying piles of cash in her hand or floor. 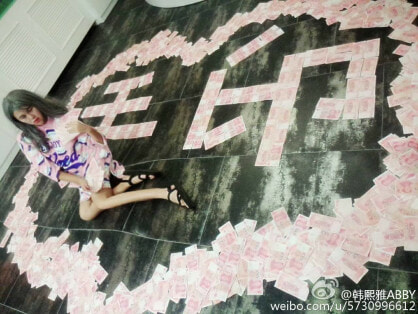 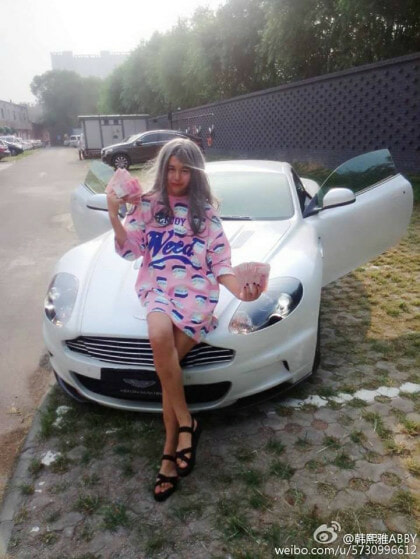 Netizens mentioned that she was indeed a ‘he’ before the surgery. However, it’s unsure if any sex-reassignment procedure was done… Though I’m not sure if it even matters anymore with that amount of surgery to the face. 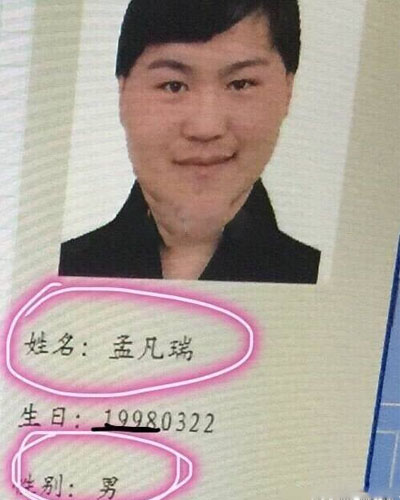 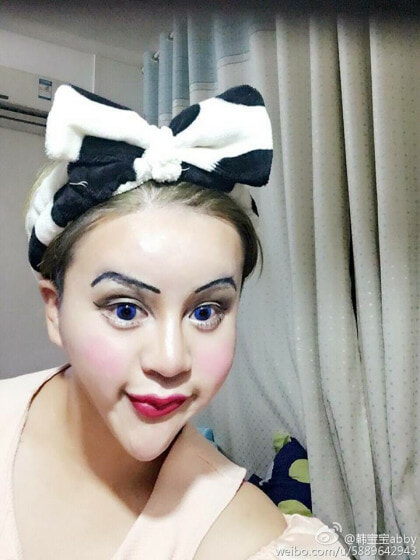 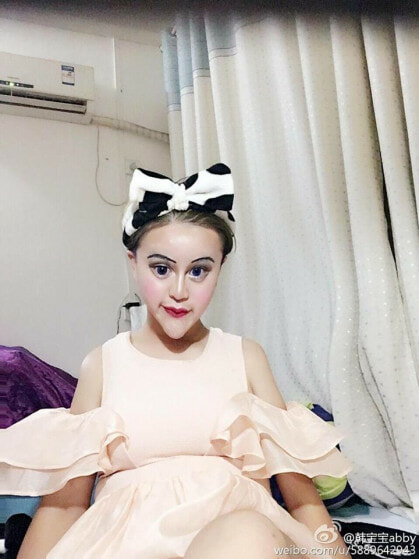 With a chin that could kill (literally), distorted lips, oddly shaped nose and plumped up forehead, it’s a wonder how the definition of ‘beauty’ can vary so much.

What do you think? Is she as beautiful as she claims to be?

Also read: “Snake Spirit Boy” Claims His Face is All Natural and Has Never Underwent Surgery 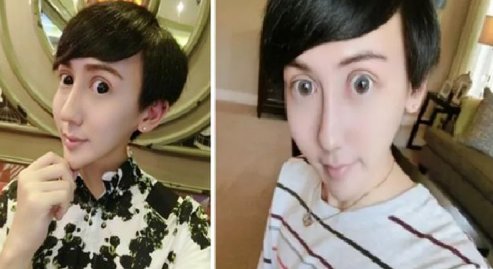