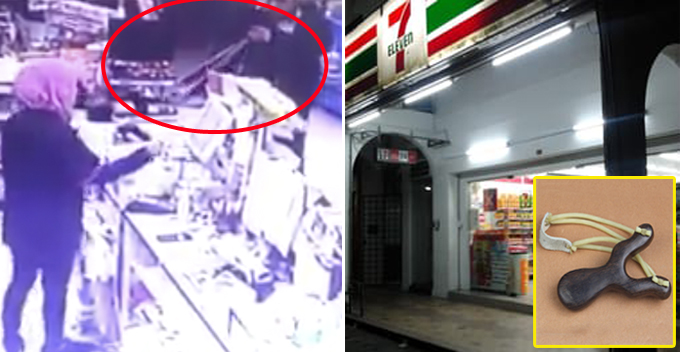 Just hours ago, a CCTV footage was uploaded in a Facebook group and netizens were bewildered by the robber’s weapon of choice. The incident is believed to have taken place at a 7-11 store in Taman Bahtera, Tanjung Malim in Perak.

From the CCTV footage, a man wearing a jacket was seen walking to the counter pretending to be ready for payment at 4.40am. After putting the items on the counter, he turned behind to grab some more items. 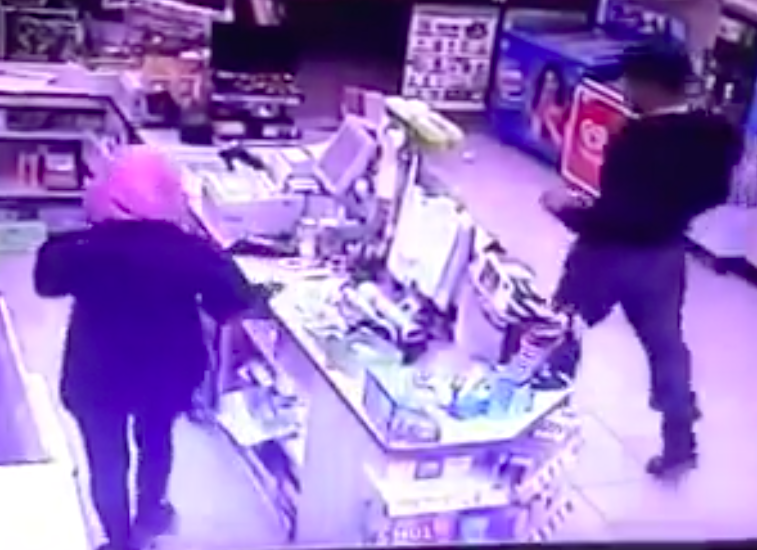 When the female cashier was scanning the items, the robber looked rather anxious and unsettling.

Then, he reached in the pocket of his jacket and pulled out a slingshot because robbing a store with parang is too mainstream. 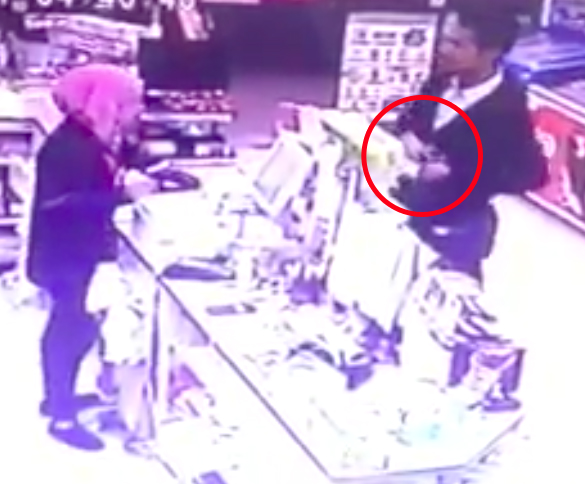 The cashier didn’t notice as she was busy focusing on completing the transaction. Meanwhile, the robber quietly loaded an unknown object on the slingshot and waited for an opportunity to attack the cashier.

Suddenly, he pulled the slingshot and shot at the cashier’s body in close proximity. Ouch! That must have been really painful. 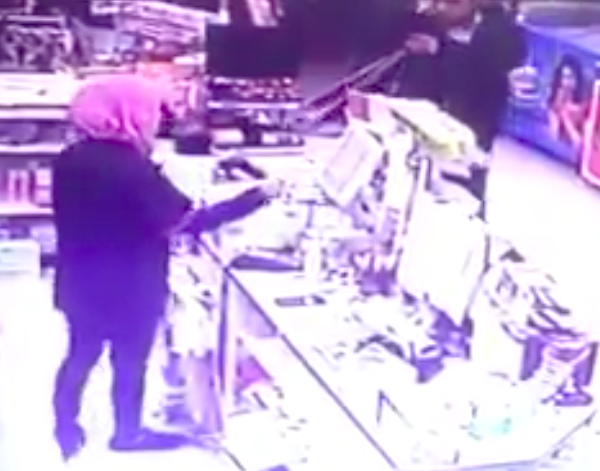 She was taken aback and stunned while putting her hand on her stomach. The lady must have been in extreme pain after the object hit her stomach. Poor lady… 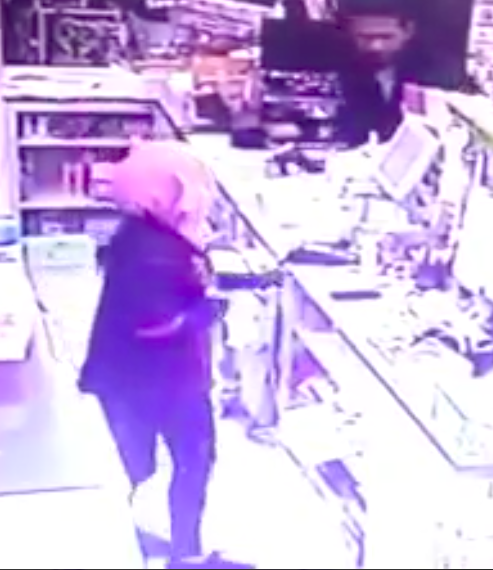 The robber quickly grabbed the items on the counter and stuffed them inside his jacket. A voice presumably from the victim was heard in the footage saying:

“He took the ‘Malta’ drinks and sausages.”

He then moved around the counter and cleared the cash tray. 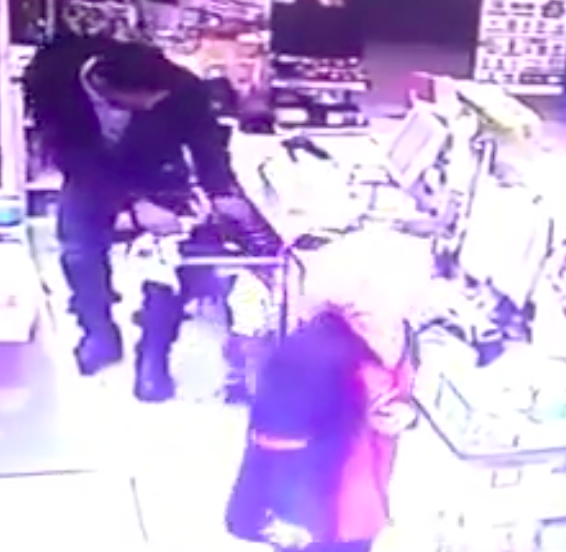 After collecting a few boxes of cigarettes behind the counter, he frantically ran out of the store. Yeah you better run, karma is coming after you. 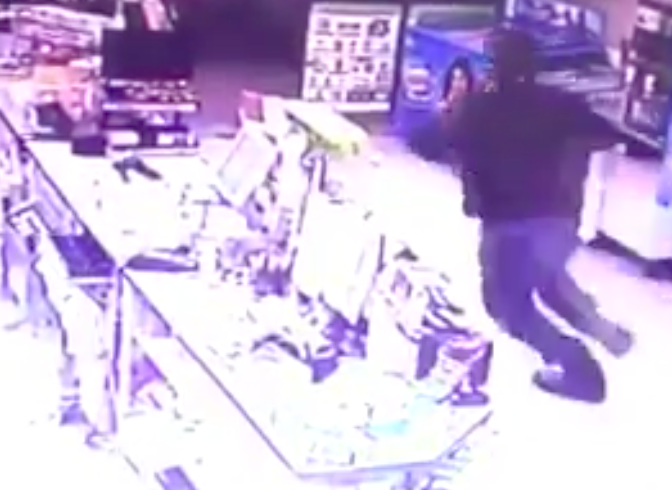 Netizens were astonished by the robbery as robbing a store with a slingshot is almost unheard of in Malaysia.

“Wow! Someone sprayed Ridsect the other day to rob a store. Today, this guy uses a slingshot. Why are there so many weird things happening around? If you want money, you have to work la!,” another Facebook user said.

If we look at the bright side, the cashier could’ve been seriously hurt if the robber was using a parang or a metal rod.

A man robbing a store with a slingshot, that’s something we don’t see everyday. 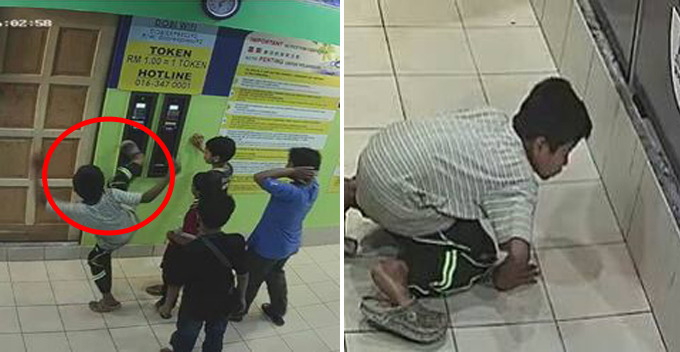