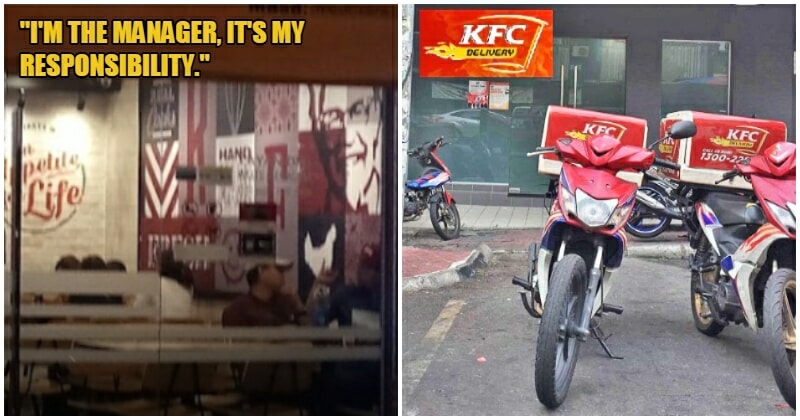 It’s safe to say Malaysians are the kind of people who would rather order from a food delivery service and sit by our phones watching the timer for our food to arrive than to venture outside into the dinnertime jam.

But what happens when our food arrives late? Certain brands promote themselves based on their delivery timings, giving out discounts and vouchers to customers who had to wait longer for their meals. KFC is not one of those brands. 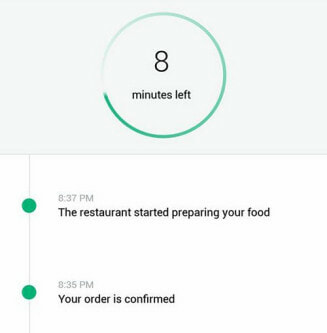 This KFC outlet however, or more specifically, this KFC manager decided to go beyond his job scope to compensate a customer who received his order 20 minutes later than expected. As told by famed local cartoonist Zunar in a Facebook posting, his meal was supposed to arrive within an hour, but when the delivery man finally arrived an hour and 20 minutes later, Zunar was surprised by his service.

Just now, I ordered from KFC Delivery. My order came to RM21. It was promised to arrive within an hour. But when I waited, it only arrived an hour and 20 minutes later. Because I didn’t have the exact change, I prepared a RM50 note and RM8 in hand.

Zunar: Why were you late?
Delivery man: My apologies, there was no one available.

I handed over the RM50 note.

I’d like to congratulate the KFC Bangsar Hub, Jalan Telawi’s manager’s, whose name is Shafiq, for his commendable behaviour. Congratulations, I wish Shafiq and his team constant success.

Netizen’s were quick to praise Shafiq while also baffled at the fact that he had to face the unacceptable problem of not having delivery runners in an outlet that promotes delivery services.

The fact that the manager took responsibility for the lack of riders alone shows his commitment to his role. Shafiq definitely deserves a raise and a promotion!

Zunar’s posting has since garnered over 76 shares.