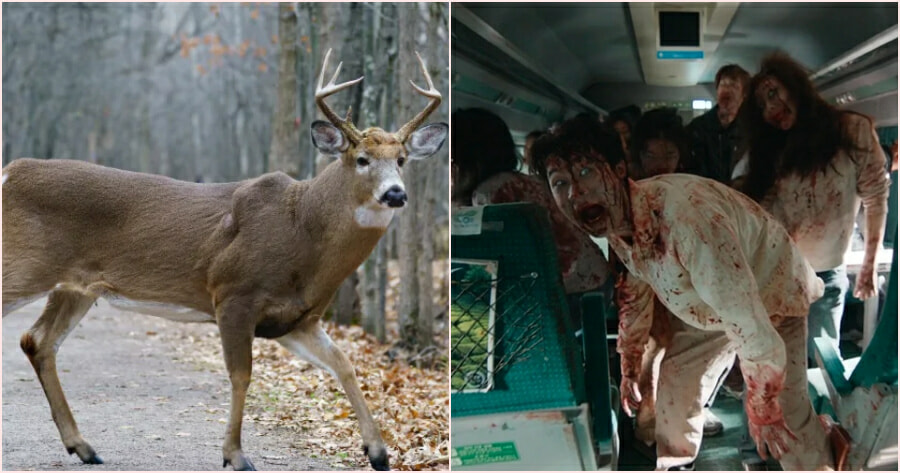 We’ve heard certain rumours spread by anti-vaxxers that vaccinated people would turn into zombies eventually. Although we laughed, it turns out that there is such a thing as zombie diseases and its killing deers in Canada.

According to VICE World News a strange, debilitating, and highly communicable infection is spreading throughout deer populations in Canada. 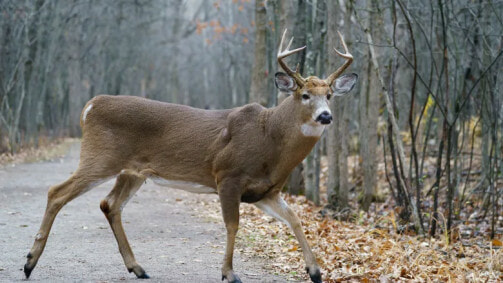 There’s an epidemic of Chronic wasting disease (CWD) in certain parts of Canada, which is an alarming phenomenon.

Margo Pybus, a wildlife disease specialist with the Alberta government’s fish and wildlife division and a researcher at the University of Alberta said, “This epidemic is raging through deer in the prairies and parklands.”

In Canada, the disease first emerged in 1996 on an elk farm and then spread into wild populations. CWD was detected through a sample submitted under the hunter surveillance program, in which hunters provide samples of harvested animals to check for the disease.

Unlike bacteria and viruses that hijack host cells, no genetic information is involved in a prion disease infection such as with CWD. 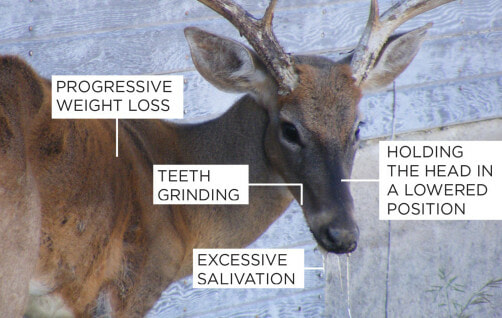 Deer are the most common host for the disease in North America, but CWD is capable of infecting any cervid, including elk, moose, and caribou. Infected animals eventually sicken, growing thin and weak.

They may even lose their fear of humans and other predators, and exhibit drooling, stumbling, poor coordination, depression, behaviour changes, and paralysis.

These symptoms have led some people to refer to CWD as “zombie disease,” especially since the deer can also transmit the illness through animal-to-animal contact, especially in urine and saliva.

CWD can take infected deer up to two years to show outward symptoms, which really only appear in the later stages, maybe the last month or so, of infection.

Can humans be infected?

To date, there have been no recorded cases in humans. However, the U.S. Center for Diseases Control and Prevention “strongly recommends” having deer harvested from areas where CWD is known to be present before consuming it, and to not eat the meat if it tests positive.

This concern mainly comes based on previous cases of prion diseases jumping between species, such as the outbreak of mad cow disease in the 80s and 90s which killed at least 232 people.

The news has made it way to Malaysia where netizens expressed their fear, shock and amusement over the news.

“We were just about to feel the endemic stage and now there’s another epidemic,” commented one user.

A few made references to popular zombie related video games, movies and series such as Plants vs. Zombies, Kingdom and Train to Busan.

One netizen shared an image of the types of plants in the Plants vs. Zombies and said, “Damn. I never realised that my training all this while will be useful.” 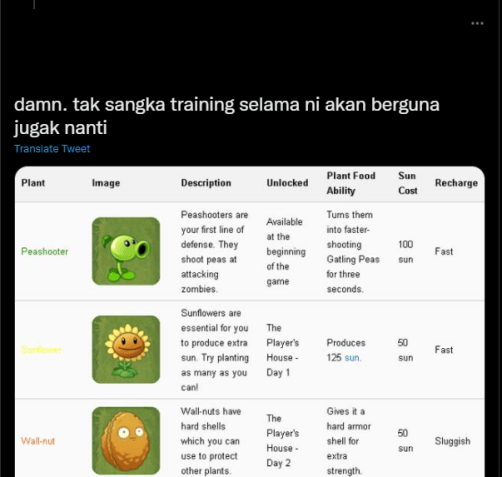 “Isn’t this the start of the Train to Busan movie??? Is this a hint,” said one netizen. 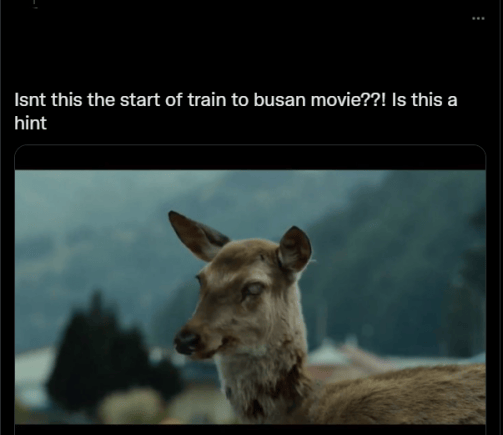 “Looks like there’s going to be Train to Perlis soon,” joked another user.

What do you think of this news? Let us know in the comments.

Also read: M’sians are Legit Asking Ministers & Ustaz If Becoming A Zombie Will Make Someone Die A Martyr 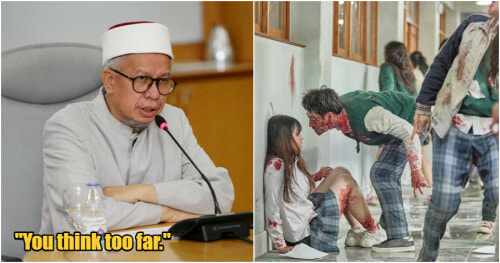