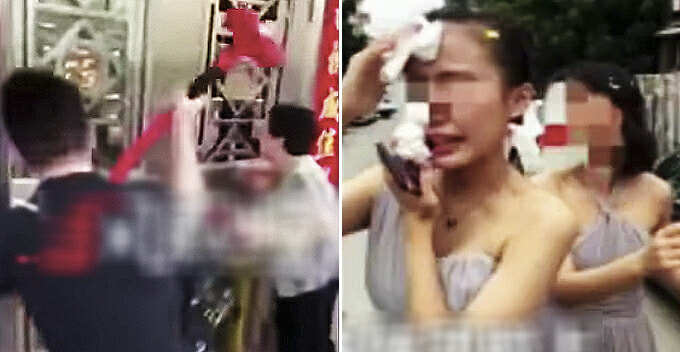 For the longest time, wedding games or gate-crashing ceremonies have been part of the Chinese tradition, where groomsmen would have to go through a series of obstacles set by the bridesmaids.

However, over the years, the games have been taken up a few notches by entailing sexually suggestive and ridiculous behaviours that tend to ruin the auspicious day. The latest one involved a sledgehammer.

Recently, yet another wedding has gone viral on social media after several bridesmaids’ faces were injured by pieces of glass. This incident took place in Shenzhen, China.

According to China Press, the groom’s convoy arrived at the bride’s house only to discover that the door was purposely locked. The bride and bridesmaids were staying put inside the house while waiting for the guys to figure it out. Bad idea…

Suddenly, one of the Thor-wannabe groomsmen started pounding the door with a big red-coloured sledgehammer. He was violently smashing the door while the crowd cheered on. 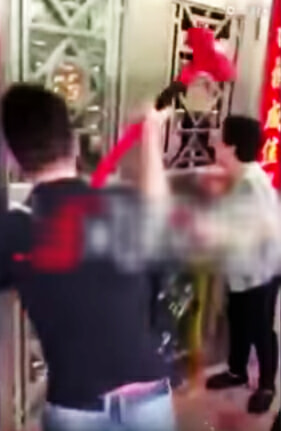 As a result, several glass shards were flying everywhere in the house and some even accidentally cut the bridesmaids’ faces and parts of their body. Oh no, not the face~

They then left the scene in tears to seek medical attention. Thankfully, it was reported that none of them suffered any serious injuries. Phew… 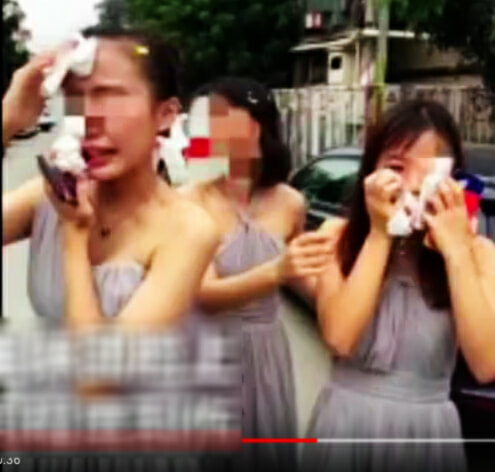 The footage of the incident has since gone viral on social media with many netizens condemning the groomsman for being rude and uncivilised.

“That looks more like a house break-in than a wedding to me,” a netizen said.

However, some netizens pointed out that smashing the door is a unique wedding tradition in Changsha, the place where the groom hails from.

Outrageous wedding games have rapidly gained traction among youngsters. In a separate incident, a wedding had to be called off after the groom bear-hugged the bride, which caused the poor bride to cry.

Wedding ceremonies should be about friends and family getting together to celebrate the union of the newlyweds, not creating chaos and injuring people. Don’t you agree?

Here’s the video of the door-smashing incident: 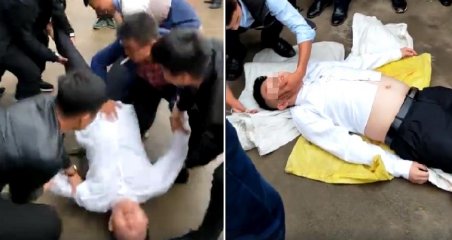