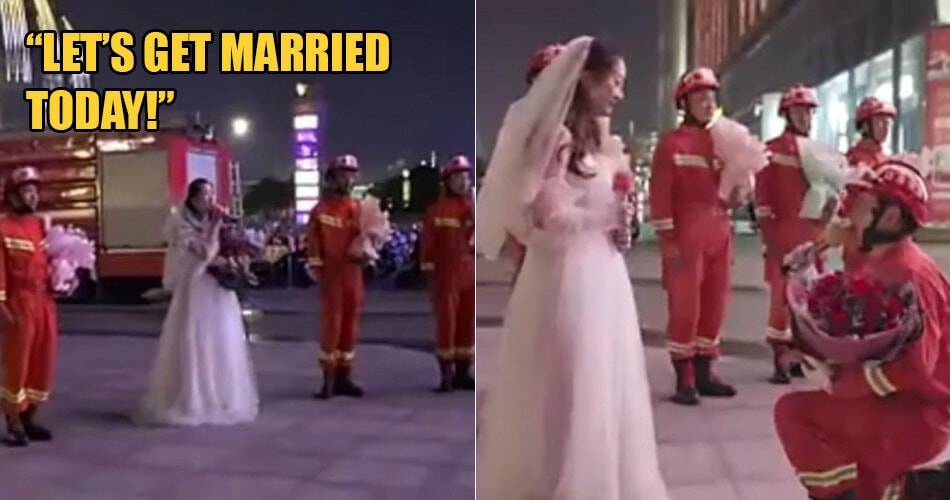 This girl loves her boyfriend so much that she flew to another city in order to marry him, wrote China Press. The pair was supposed to be married this month (October) and they were registered in the Tinghu District Civil Affairs Bureau in September 2019.

Eventually, they both got busy with work – the bride works as a nurse and the groom is a firefighter – but the bride wasn’t going to let that get in her way. Therefore, she decided to fly from Hefei to Yancheng to surprise the love of her life and marry him. 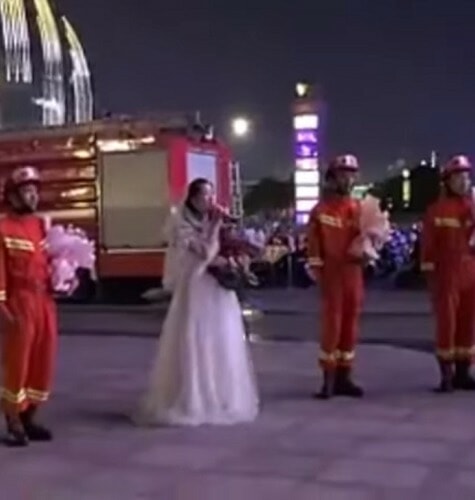 So, she got a little help from his colleagues and schemed a surprise for her beloved, Jiang Wei. When she reached Yancheng – where Jiang Wei was stationed – his colleagues collectively asked him to turn right and there he saw a sight that he had never anticipated – his love clad in a white wedding gown. She said over a microphone,

“I am a nurse and you are a firefighter. We don’t always have the luxury of time. You don’t have time to come to Hefei to marry me. Thus, I came Yancheng to marry you. Let’s get married today.”

I’ve never felt more single in my life than today. 😐 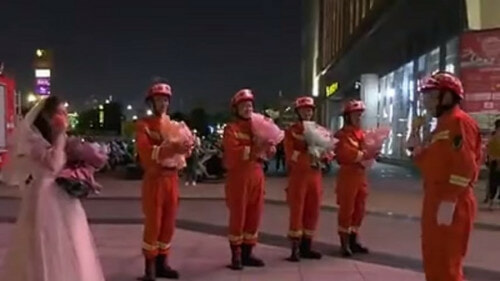 Jiang Wei, who was moved by his bride’s grand gesture, got down on one knee and tearfully asked her: “Will you marry me?”

Of course, the bride immediately agreed to marry her prince because she made this long trip for that very reason. On the other hand, people who were witnessing the cute moment immediately whipped out their phones and started to record the whole scene. You can watch the clip below:

Following that, the two tied the knot in a small and simple wedding in the camp which was arranged by Jiang Wei’s colleagues. Jiang Wei has such helpful and nice colleagues!

This story looks like it’s straight out pf a Nicholas Sparks novel; are you moved by the bride’s grand gesture? Drop your thoughts in the comments below! 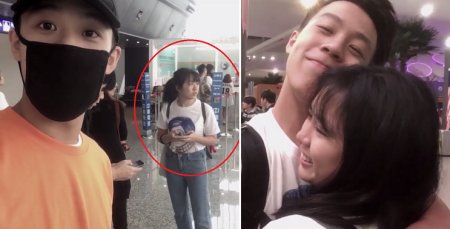