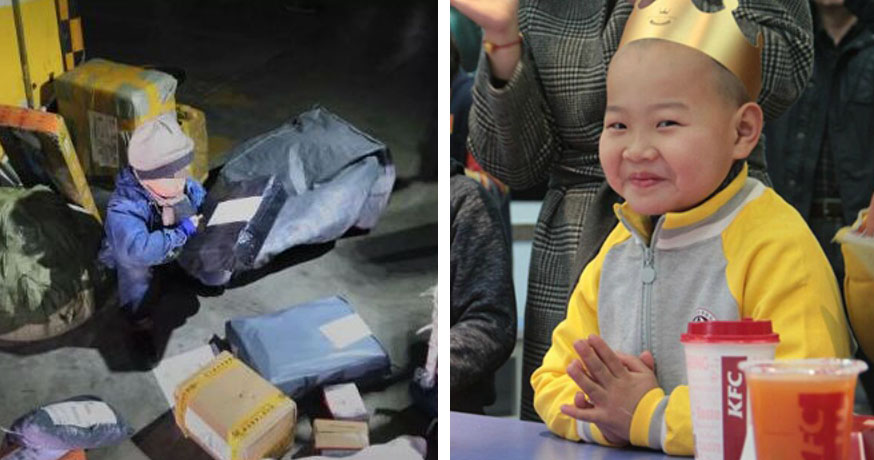 Meet the youngest delivery boy in China, or maybe in the world.

Xiaochangjiang, or commonly known for his nickname “Little Yangtze River,” is just 6 years old, yet, this young boy is already making a living for himself by delivering goods in Qingdao, Shandong Province. He’s been going viral recently after his pictures surfaced on Chinese social media app WeChat, thanks to one of his courier customers.

A man named Wang Qingwei uploaded pictures of Xiaochangjiang onto his WeChat account, which garnered both great attention and concern from China netizens, CCTV News reported. 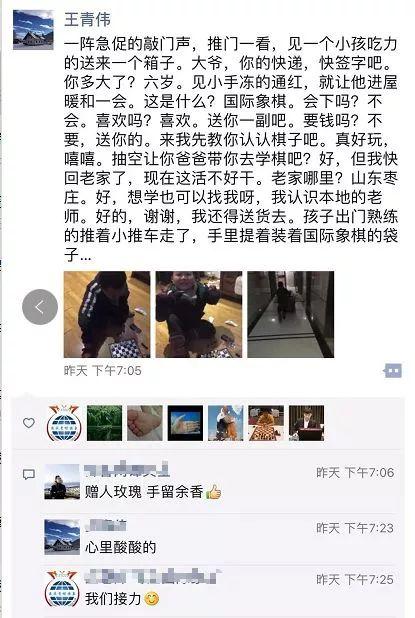 After all, Wang was obviously surprised to see such a young delivery boy at his door step delivering his package.

“He handed me a big package with some difficulty and asked me to sign a confirmation receipt,” Wang said, according to China Daily. 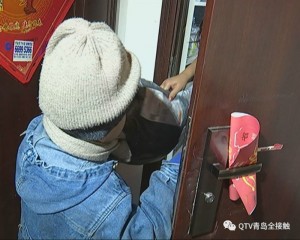 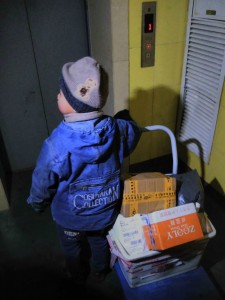 Seeing how the boy’s hands were red due to the cold weather, he invited the little boy in to warm up for a bit. Fascinated by the chess set on the table, the little boy seemed to show interest. Wang, who’s also the director of Qingdao Chess Association, then gave him a chess set as a gift and invited him over to learn how to play the game. Aww! 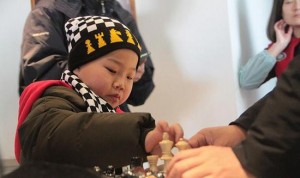 It was discovered that Xiaochangjiang has been living with Yan Shifang, a former colleague of his father, in a makeshift building at a local STO Express branch in the city’s Shibei district. 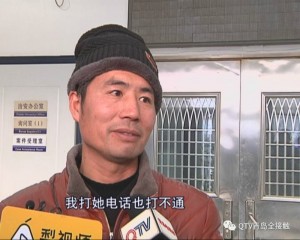 Yan revealed that the boy’s father had died while his mother had remarried. Hence, he has been caring for the boy since he was 3 years old when his mother handed him over. Yan thought the boy’s mother was just joking about caring for him, but realised she wasn’t when he could not reach her after she disappeared. He then brought the boy from Zaozhuang, Shandong province, to Qingdao where he helped Yan deliver packages.

“I was afraid Xiaochangjiang would go missing if I left him alone at home. Therefore, I brought him along with me when I was out delivering parcels. After a period of time, Xiaochangjiang understood how the whole system runs, and volunteered to help me with the courier service,” Yan explained. 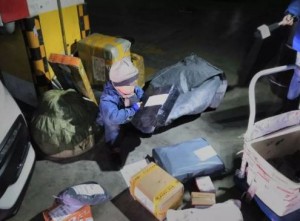 “Of course, I was worried at first too, and would always follow him from behind. But after a few rounds, I was assured of his safety. I only allow him to send his couriers to nearby neighbourhood districts only. In two months or so, Xiaochangjiang is now able to deliver 30 parcels per day.”

Local authorities have since launched an investigation after the boy’s story broke out, and are now searching for his mother. 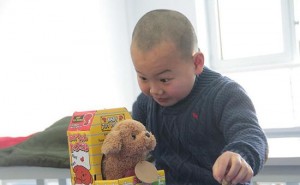 Many China netizens have raised their concerns about Xiaochangjiang’s welfare and schooling problem, and have donated money to him upon hearing his story. Thankfully, he has been sent to Qingdao Children Welfare Hospital, which promised to look after him and his schooling.

“The boy is in good health and is very smart. We will take care of him and help him with his schooling,” said Ren Linsong, deputy director of the welfare house. 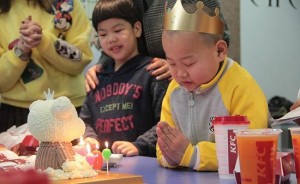 The little boy even celebrated his 7th birthday at the welfare house on January 14! According to Wang, Xiaochangjiang does not remember his real birthday. So, January 14 was marked as his birthday as it was his first time learning how to play the chess set. How special! 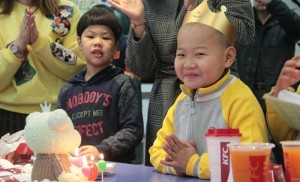 Aww, just look at that cheeky smile! We wish Xiangchangjiang the best of luck in his future!

Also read: Boy Arrives at School with Icicles in Hair & Frostbites After Walking 4.5km in -9°C 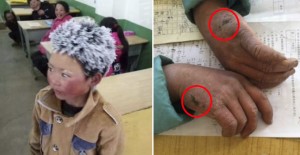