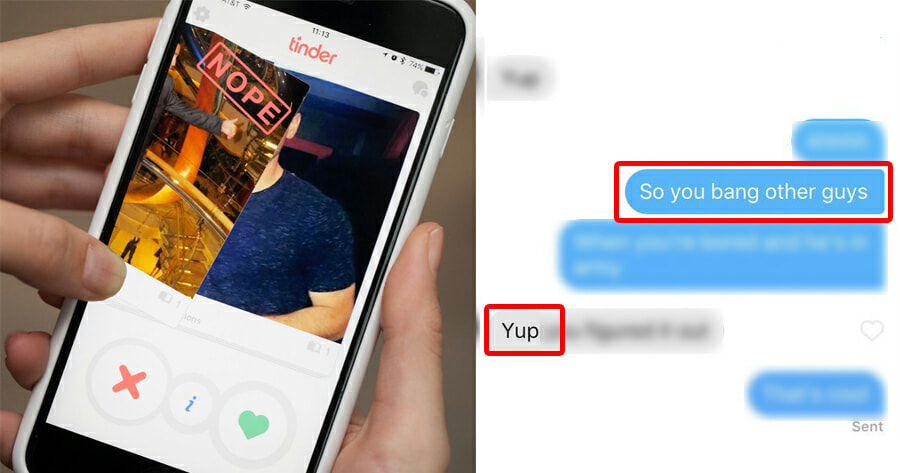 If you’re in a relationship, then you know it isn’t easy to deal with your partner’s physical absence for long periods of time and it takes a whole lot of commitment and willpower to stay together.

However, it is unfortunate that more often than not, many couples struggle to deal with the absence and either end up splitting, finding another partner, or even banging someone else on Tinder.

Apparently, the third option seemed like the best choice for a girl who has a boyfriend who was serving his two years in National Service in Singapore.

So, she took to Tinder to find someone who could fulfil her desires as her boyfriend was unable to at that time. Girl, really?

According to Mothership, a Twitter user, Loh, exposed her when he had an encounter with her on the dating app. He uploaded a screenshot of an alleged conversation with the caption: “And they say guys are the cheaters”.

He started off the conversation by asking her what she was doing on Tinder, to which she responded “Just using it for fun”, and added that she used it whenever she was “bored”. 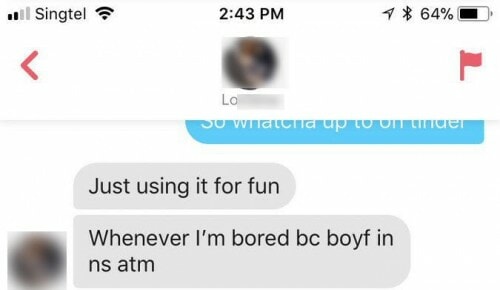 Loh then wanted to clarify what she meant by “using it for fun” and “bored”, and asked her if she used Tinder to “bang other guys”.

The girl confidently agreed to his assumption. Not cool, girl. 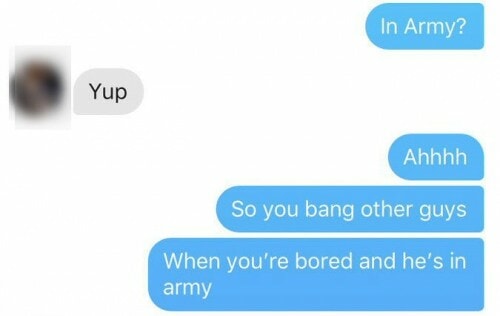 After he exposed the girl’s cheating behaviour, other users started questioning if he did actually hook up with her. Some of them also said that he should not have publicly revealed the conversation online. 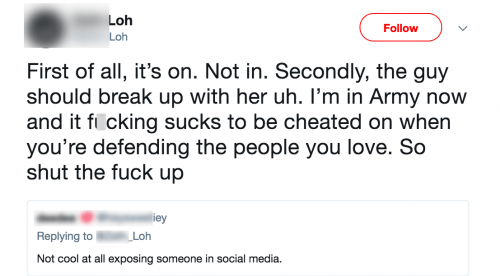 He denied it and said that he does not hook up with people who are already attached.

Another user then summarised the whole incident in a single tweet.

Well, good riddance to her is what we say!

Also read: GF Dumps BF for Being Bankrupt After He Spent RM142 Million Buying Gifts for Her 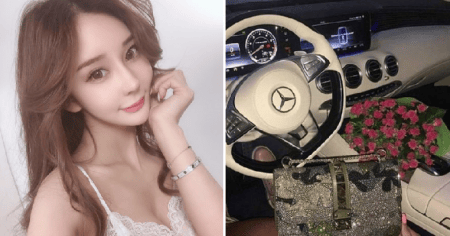