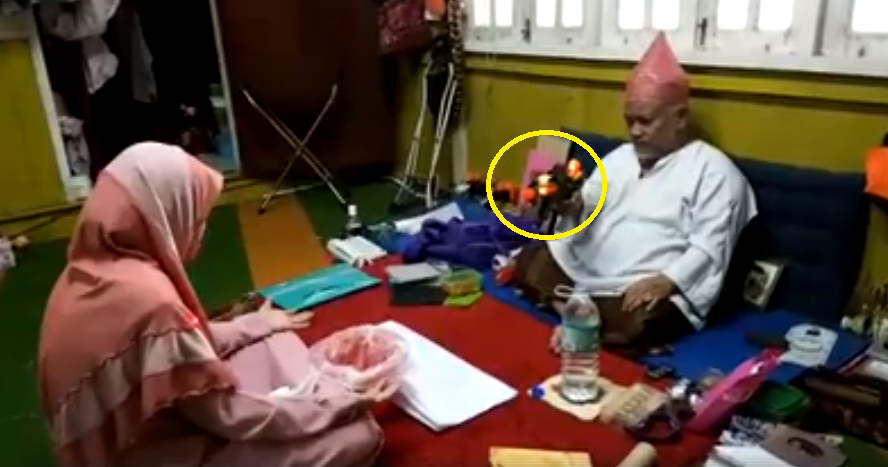 With Raja Bomoh recently entering politics, it looks like there’s a new bomoh in town filling his shoes!

Recently, a video of a bomoh treating his patient began to circulate on Facebook, and it went viral for the pretty “out-there” treatment method this bomoh chose.

The video in question, which now has over 6,600 shares on Facebook, shows the bomoh sitting on the floor holding a toy gun while reciting verses in Arabic. Sitting directly across him is a woman who is presumably his patient.

Just a few seconds later, the bomoh can then be seen pointing the toy gun to the woman and pulling the trigger, and the gun begins to light up and play obnoxious sound effects. The gun appears to be working though, as the woman sitting across him begins breathing heavily and writhing in response.

The bomoh in question is actually named Ustaz Raffi, who has his own Facebook page, “Perubatan Islam Ustaz Raffi“. The description in the page’s about section reads,

“The purpose of this page is to enable me to help those who want to resolve problems involving witchcraft and removing black magic that uses jinns and demons.”

The original, full-length video can be found on his Facebook page, where he clarifies the purpose of the toy gun. An excerpt from his translated caption reads,

“Thank you everyone for all of your comments. There is actually no trickery here and it only happened by the grace of God. This is proof that God enabled this toy pistol to be used as medicine for my patient, following Islamic teachings from the Al-Quran.”

In the video, the woman can be seen retching in response to the toy gun. After completing his treatment, Ustaz Raffi asked the woman how she was feeling, to which she responded, “I feel a little lighter now.”

Thousands of Malaysians who commented on the video were left very confused by the purpose of the toy gun.

“Later, let’s go to the market and buy a toy gun to shoot jinns,” mocked one netizen who tagged his friend.

“Why is he using a toy gun of all things to treat someone? This is so weird,” commented another Facebook user.

What do you think of this latest video that has gone viral? Let us know in the comments below! 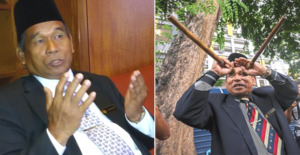