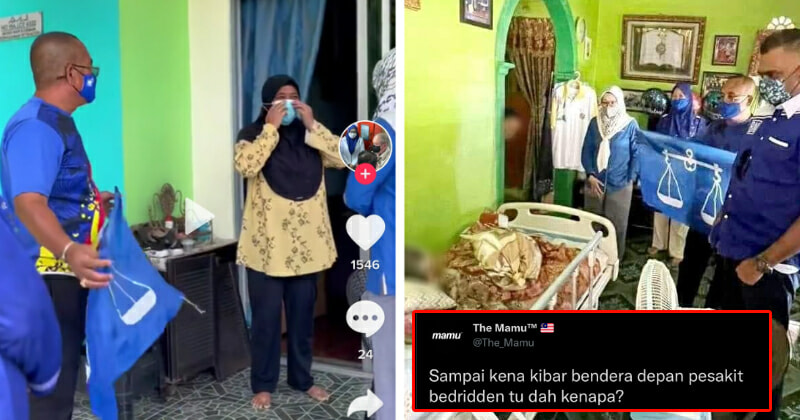 A controversial photo of a Barisan Nasional (BN) entourage doing house-to-house visit for the 15th Johor State Election has gone viral on social media recently with many criticising it for being a tasteless photo op . In the photo, the entourage can be seen visiting a bedridden elderly Johorean woman while wearing the coalition’s uniform, with one of the group holding and waving a BN flag right in front of her.

Shared by Twitter user @The_Mamu questioned the need for the entourage to wave the BN flag in front of bedridden individual in the caption of his tweet. The photo has since been retweeted over 5,200 times and garnered over 9,100 likes as of the time of writing. 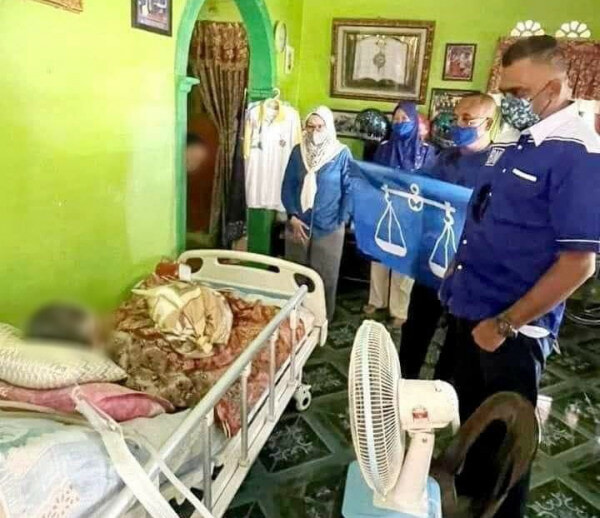 In the replies to the Twitter post, many Malaysians criticised the entourage for taking advantage of a bedridden individual for political purposes. Furthermore, most commenters also ridiculed the group for being tone deaf by waving a BN flag during the home visit. Some even sarcastically said that maybe the entourage think that the flag would cure the bedridden individual upon her seeing it. 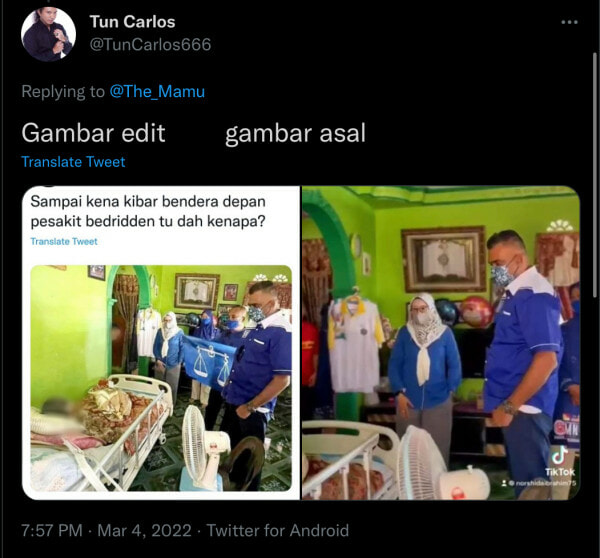 However, many replies to the claim pointed out that while both photos were taken during the same house visit, they both have different angles. Moreover, the ‘real photo’ seems like to be taken after the man has waved the BN flag.

In fact, one commenter even shared how the same man can be seen waving the flag around while the entourage is doing their house-to-house visits for the Johor election.

Also read: DAP Man Forgives Vandals Of His Election Poster, Jokes That It Made Him Look Handsome 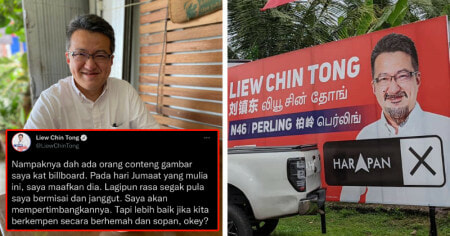