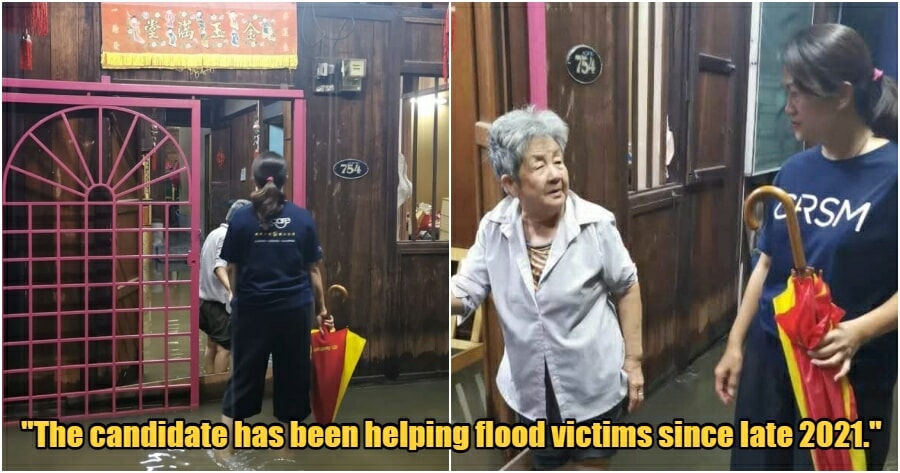 The monsoon season is here and expected, flood-prone areas have been hit by the disaster. Just recently, parts of Klang and Shah Alam, as well as other states have been hit by flash floods, leaving many Malaysians to wonder if it’s the right time to hold the next GE.

During a disaster, some of us may expect our leaders to be present and help in any way they can. Barisan Nasional’s Tee Hooi Ling, who is contesting in Klang was indeed present in Pandamaran to visit the flood victims at 3 in the morning when most of us are sound asleep. On the Facebook group 巴生人, Tee shared some images of herself visiting a few houses that were affected by the flood in Pandamaran. 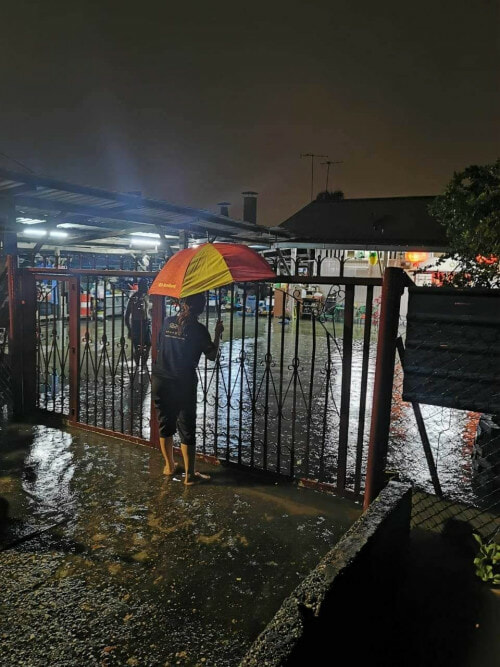 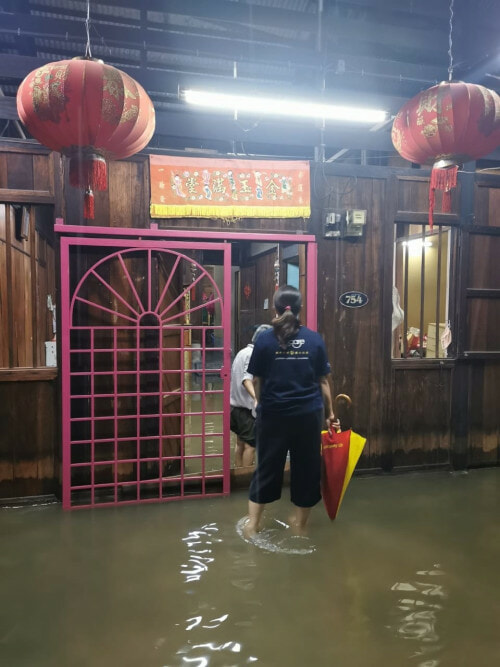 The reception, however, was mostly negative as many netizens believe that her visit was nothing but simply an act for the coming election.

One netizen laughed at Tee for posting about herself in a public Facebook group. 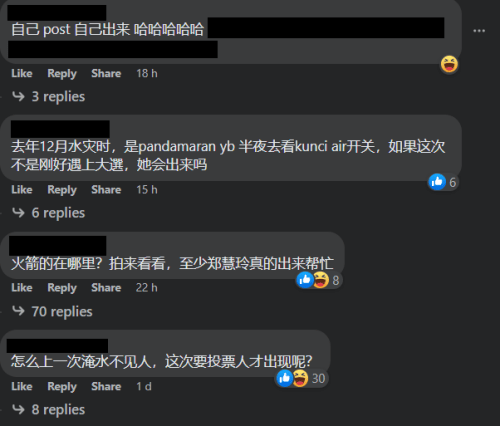 “Last year, it was a different YB who came to visit during the flood. If it wasn’t for the election, would she be here?”

Another netizen believed that her presence and her help were all that matters and said,

“Where is the team from PH? At least Tee was here to help.”

“I didn’t see you during the last flood. Why are you only present during the election?”

“Acting once every 5 years.”

“If you lose this term and still continue to help the people, I’ll vote for you in the next term.”

In response to these receptions, Tee simply provided a Facebook link to “counter-attack” the claims that she was merely there for election. The link directed the readers to an old post that shows Tee helping many other flood victims back in late 2021 when the flash floods hit parts of Peninsular Malaysia.

Just this morning (November 18), on her Facebook account, Tee shared another series of images that showed her team members and herself cleaning a school in Klang that was affected by the disaster. It can be seen that Tee has been out in the field patrolling the flooded areas since 2 am and still decided to clean the school despite being awake the whole night.

Given how Tee has been helping flood victims since last year, do you think her presence this time was merely an act, or do you think she is indeed sincere in helping the victims, regardless of her fate for the election in Klang?

Also read: “Tolong! Tolong!” – That’s The Only Thing You Can Hear in Pitch Darkness in Taman Sri Muda 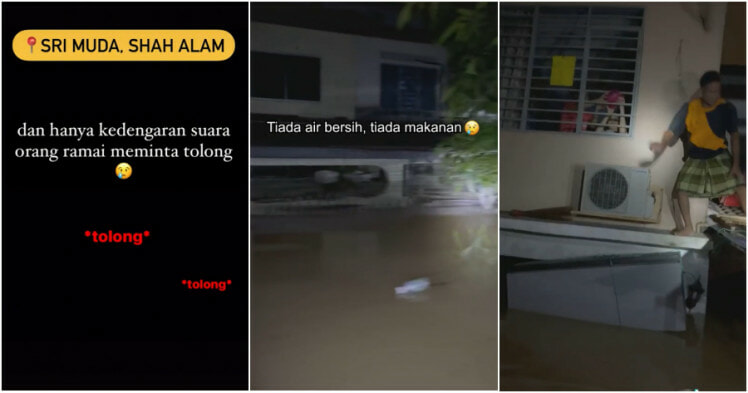