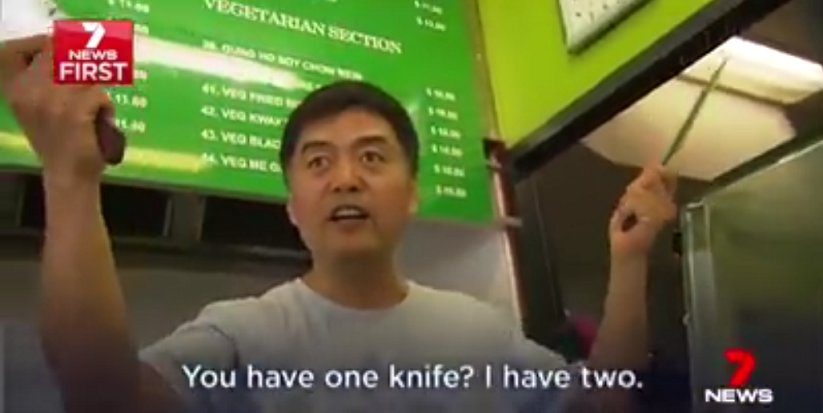 A 19-year-old teen from Queensland Australia epically failed when he tried to rob an Asian restaurant, as reported by 7 News.

He walked into the store in a hoodie and appeared to flash a knife to the shopkeeper’s wife.

The teen then reportedly passed a note to her which she passed on to her husband who is the owner and chef. According to the chef, the note read “I have one knife. Give me money.” 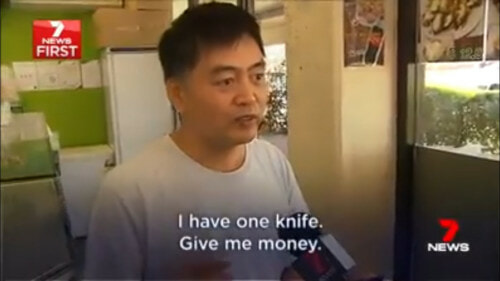 The owner, Hunter Hu (name game on point) decided to play along with the young assailant’s demands. He asked the teen “how much you want?”. 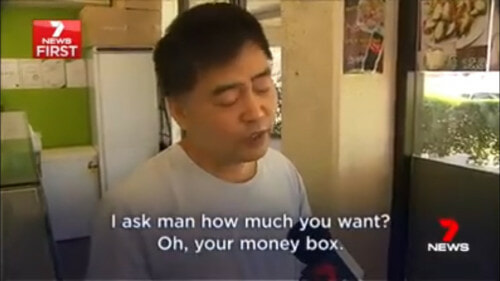 46-year-old Hunter then went to the back of the store, only to emerge with two large meat cleavers!

Hunter then chased the teen out of his shop, waving his cleavers whilst shouting “YOU HAVE ONE KNIFE? I HAVE TWO!” 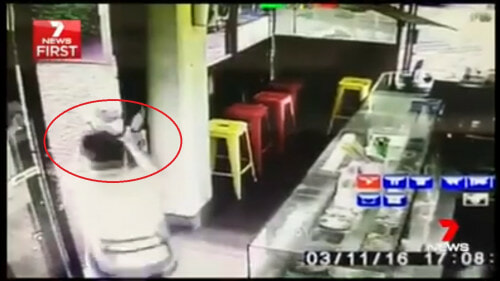 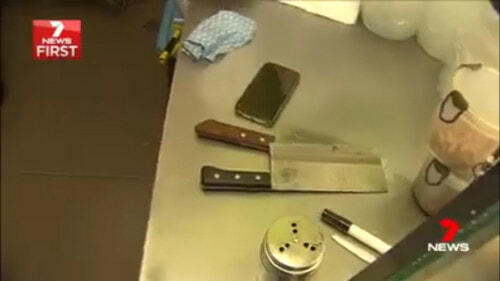 The scared teen bolted out through the door. He also slammed into a man loading his groceries into his car. This kid got so freaked out that he ran across a busy 6-lane main road. That level of jaywalk is actually impressive.

The police apprehended him in the fast food restaurant across the road, allegedly still hanging on to his weapon.

Watch the epic report on this from 7 News Australia;