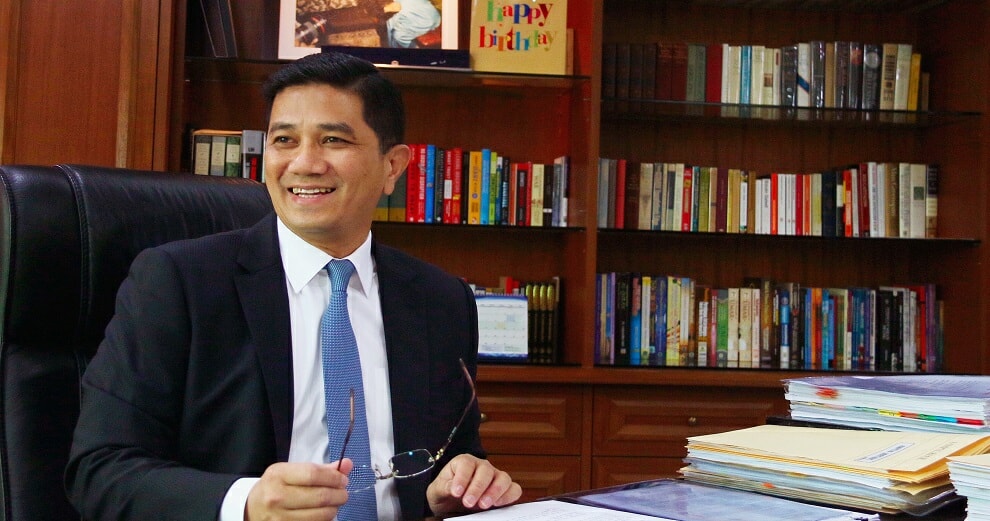 Just after the official lineup of the Malaysian cabinet was announced last Friday (18th May), a number of Malaysians expressed concern that some of the chosen ministers already have other ministerial portfolios under their belt — one of the ministers being Selangor chief minister, Dato’ Seri Mohamed Azmin bin Ali, who was chosen as the Minister of Economic Affairs.

Why do @AzminAli even need an economic affairs portfolio? He’s already the MB. No one else could take the job? pic.twitter.com/vah9iBa9yk

With all due respect, Azmin Ali should not hold two portfolios.

Azmin Ali is MP and ADUN, he is MB and holds state finance, now he also holds a ministrial position at he federal level.

This is exactly the kind of CONCENTRATION OF POWER that we wanted to VOTE OUT. Selangor citizens should demand separation of powers in Selangor now.

Now, it looks like he will be focusing on his role in cabinet after deciding to step down as the state’s chief minister.

In a press statement that was just released by the Selangor Palace earlier this morning (21st May), it has been confirmed that Dato’ Seri Azmin Ali will be taking on the portfolio of Economic Affairs Minister under Prime Minister Tun Dr Mahathir Mohamad’s cabinet. This means that he will eventually step down as chief minister of Selangor. 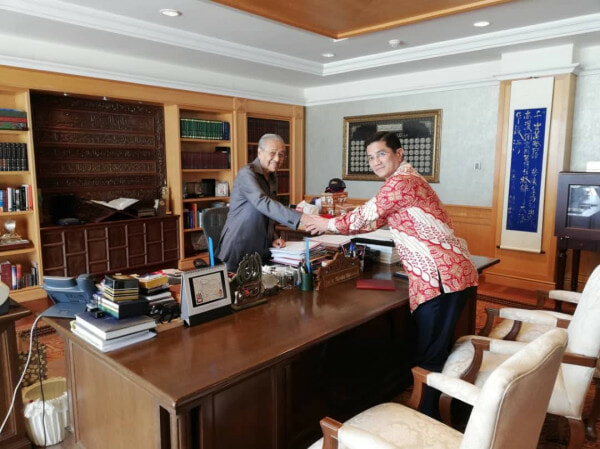 However, he will still serve as the chief minister for the time being to aid in transition of duties to his replacement.

A translated excerpt from the press statement reads,

“Meanwhile, Dato’ Seri Azmin Ali will continue his duties as Selangor chief minister for the time being to ensure a smooth transition of power to the new chief minister.”

“At the same time, Dato’ Seri Azmin Ali will also come up with a list of candidates for the Sultan to consider before a chief minister is officially chosen.” 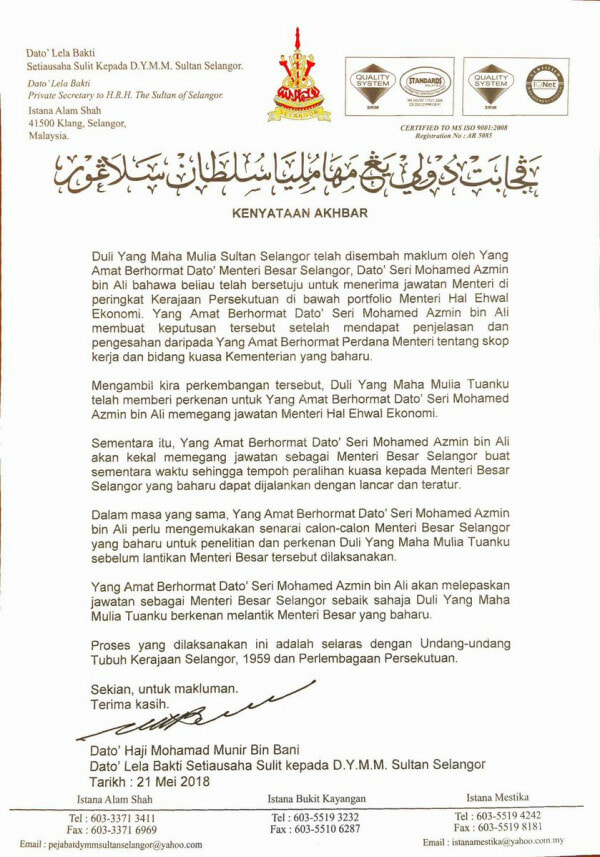 So, now it looks like we’ll have to wait and see who will be replacing Dato’ Seri Azmin Ali as Selangor’s new chief minister!

Also read: Here’s The Official Lineup Of Our Malaysian Cabinet 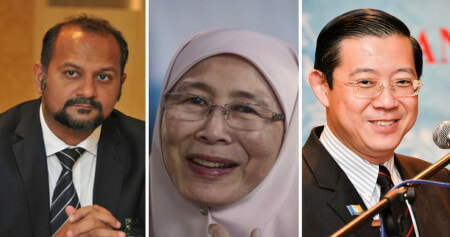