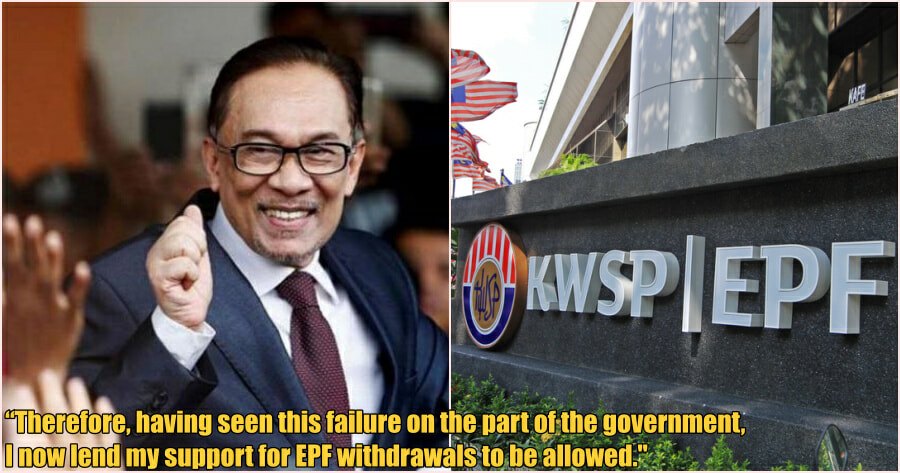 The issue of EPF withdrawals has always been a cause of debate with some people believing that it is necessary for the survival of the rakyat whilst others think that its more important for retirement savings.

However, some have changed their minds in regards to the issue. Recently, Opposition Leader Datuk Seri Anwar Ibrahim shared his thoughts via Facebook.

In a statement, he called for the government to allow the withdrawal of funds from EPF, especially by those who are struggling to make ends meet.

Previously, back in January 2022, Anwar had been reluctant to support the move citing that it would affect the people’s savings for their retirement.

“Although I was reluctant, I asked the government to cover the losses suffered by those who were greatly affected by the floods in December, if EPF withdrawals were not allowed.”

“But 3 months later, the government and finance minister Tengku Zafrul Aziz have still not heeded my advice,” he explained.

“Therefore, having seen this failure on the part of the government, I now lend my support for EPF withdrawals to be allowed,” he added. 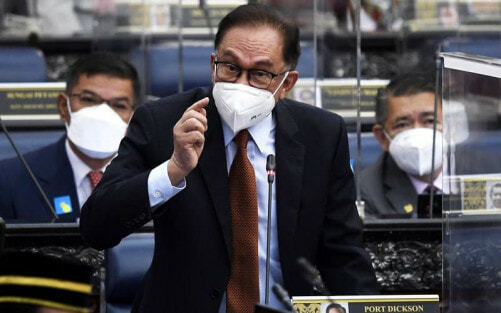 He further added that he has been hearing complaints among Johoreans who told him of their desperate and depressing situation.

“Thus, having seen that the government seems to have no way to unravel this failure, I now support that this be allowed as soon as possible and without any hindrance and bureaucratic hassle,” said Anwar.

“The government must also take into account the plight of the people who do not contribute.”

Netizens expressed their gratitude towards Anwar’s change of mind

Anwar’s statement was well received by the rakyat who commended his change of heart on the issue. “This is what the rakyat have been hoping for to help ease our burdens,” commented a user.

Another user said, “The rakyat have no choice but to hope for EPF withdrawals since the government has failed to give adequate aid to those affected by Covid and the floods.”

Meanwhile, a netizen said, ” Thank you DSAI for finally prioritising the struggles of the rakyat.” 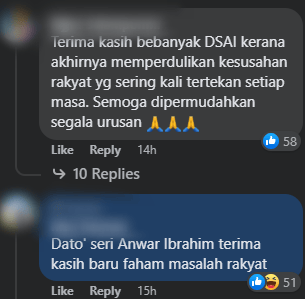 Now all we can do is wait to see whether or not the government will follow through with it.

Do you agree with Anwar’s stance? Let us know in the comments.

Also read: Najib Urges Govt To Allow 1 Last KWSP Withdrawal, Says Best Time To Do So Is Before Raya 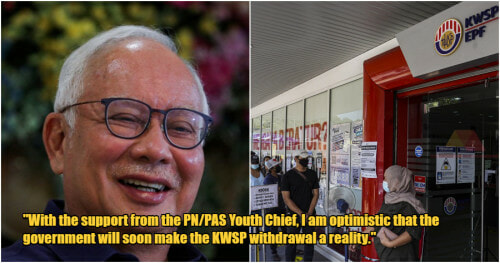