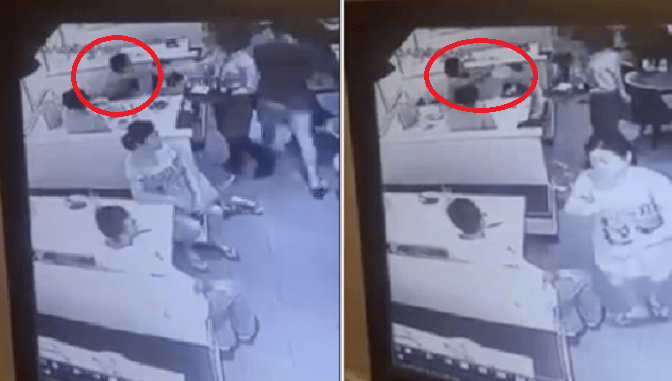 An unruly (and incredibly rude) customer caused a scene at a restaurant here in Kota Kinabalu when she hurled a cold drink at a waitress on Sunday. It was reported that the woman was upset that her order of french fries was not delivered quickly, and thus resorted to hostility.

The 3.30pm incident occurred at a food chain restaurant in KK Times Square, and the woman was seated with her family of two children before she started to throw food items on her table at the waitress. The debacle was caught on the restaurant’s CCTV camera, and has since gone viral, attracting over 63,000 + views. 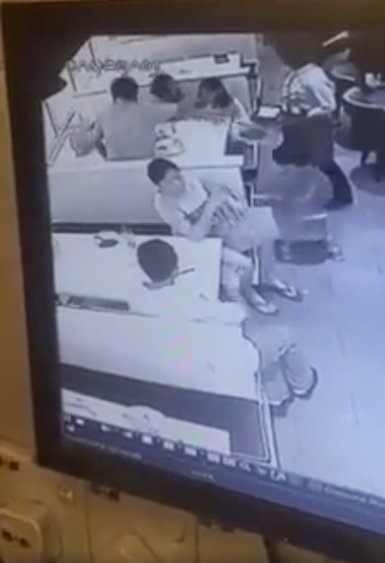 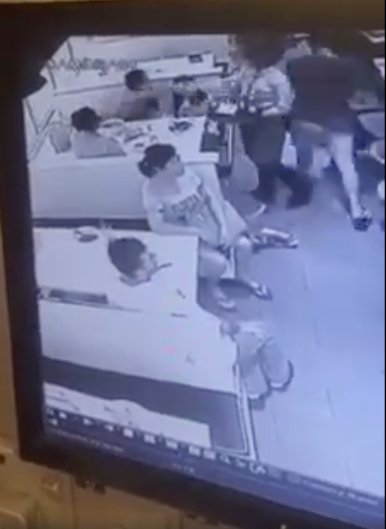 In the 2 minute video, the mother was seen exchanging words with the waitress, who stands by holding a tray of food. It was not long till the woman hurls the cold drink at the waitress, who stood quiet, clearly dumbfounded in the face of such rudeness. 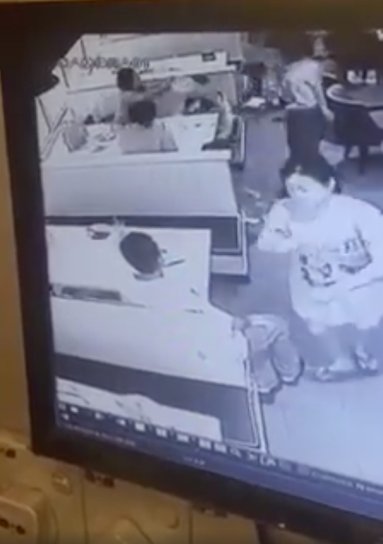 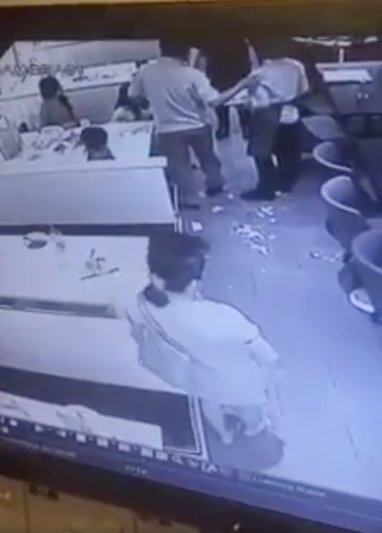 It then appears that the woman and the waitress exchange a few more words while her husband attempts to diffuse the situation, but clearly to no avail for she then allegedly shoves what seems to be a plates of food off the table and towards the waitress.

Her husband proceeds to move over to her and calm her down amidst other customers leaving the restaurant after sensing the drama.

Kota Kinabalu police chief Assistant Commissioner M Chandra told The New Straits Times that the waitress has since lodged a police report on the same day, in fear of her safety in case the same woman returns, and added that she was humiliated by the woman’s actions. However, the victim told investigators that she wished to not take the case further with legal action.

“The waitress told police that the customer’s first order – a bowl of noodles – had already been served.”

“However, she said the customer’s order of french fries, which was made later, could not be served quickly as there were many other customers. The woman (customer) then splashed the waitress with iced lemon tea, before she pushed food items that were on her table towards the waitress,” he said.

Facebook users in the comments have hailed the waitress for her ability to hold herself from retaliating. Many others also expressed what a ‘great’ example she was being by acting in such a way in front of her children.

Kudos to the waitress, at least someone has some basic manners and an ability to control themselves!!! Yes, we’re looking at you crazy lady.