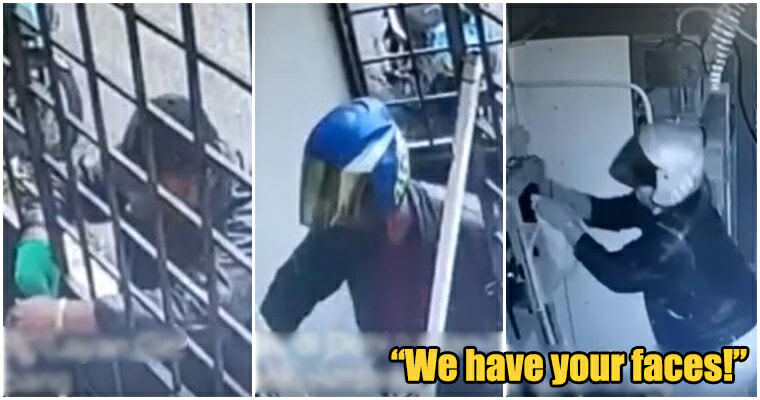 Recently, there have been a lot of break-ins reported at automatic self-service laundry shops (also known as laundromats) around Ampang. Ampang laundromats, beware.

Though not many were as lucky at this owner, it doesn’t hurt to be cautious.

As reported by Harian Metro, a laundromat owner, Mohd Khairul Adha M Khalid, 35, revealed how his shop was broken into with CCTV recordings of the event.

The incident occurred at Ampang Tasik Tambahan yesterday (Nov 21st) around 8am in the morning.

According to Khairul, he had only realised there was a break-in after his costumer complained about his malfunctioning coin changing machine at 9.45 am, 1 hour and 45 minutes after the break-in.

Khairul immediately rushed to the laundromat to check on the machine, which was when he discovered that the coin changer had been cracked opened from the back and the back door was left ajar.

“So I checked on the CCTV recording and watched the whole event done by two men. One of their faces can clearly be seen from the recording.”

In another CCTV recording, it can be seen that the men had been waiting for a chance at a neighbouring mamak restaurant from 7.50am. 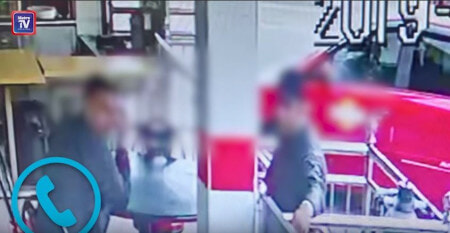 The two thieves then roamed around behind the shop for a while before one of them started to pick on the back grill lock of the premise. The other stayed a slight distance away, probably acting as a watchman.

“Fortunately, I had collected all the money from the machines the night before. It would’ve been their win otherwise,” Khairul said.

Khairul decided that it would be best to share the footage on his Facebook to ask for help and to serve as a warning after making a police report at Ampang District Police Headquarters (IPD).

On Facebook, he was also informed that some other laundromats around the area had the same trouble that day.

“I made this viral so that every other laundromat owner will be a lot more cautious as this event kept on happening these past few days.”

He also remarked that the thieves should prepare themselves because their faces were clearly captured on CCTV. 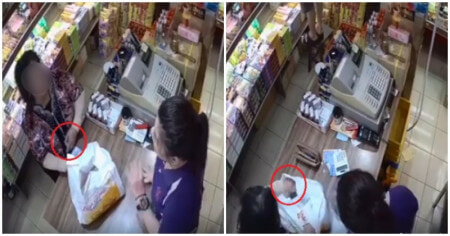