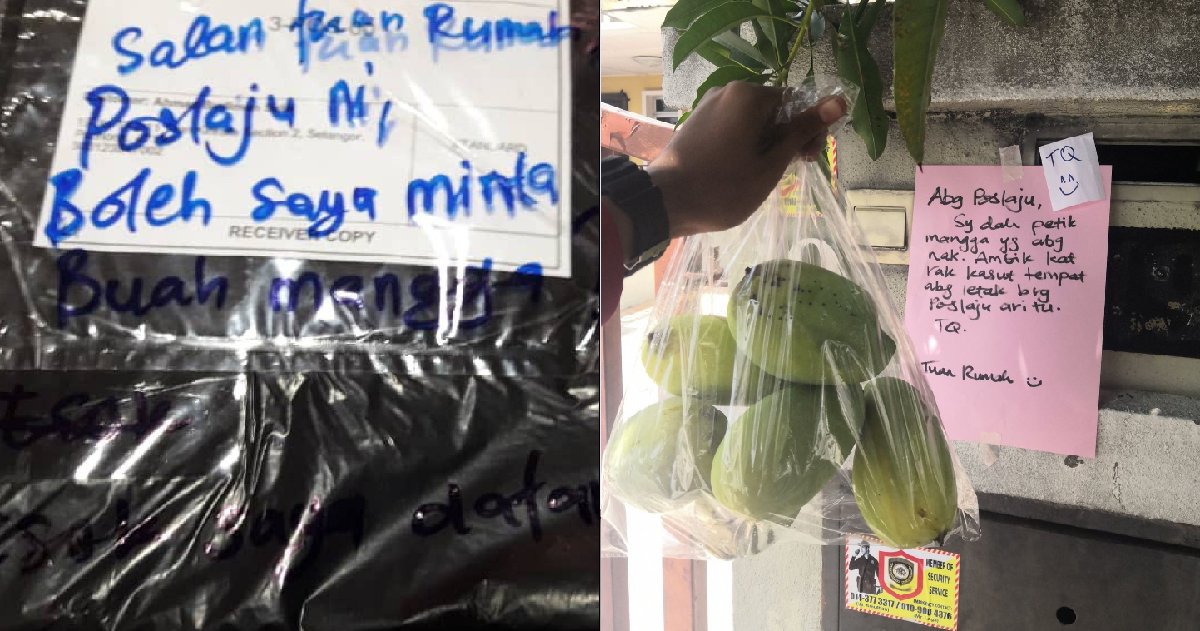 This is such a heartwarming and cute exchange between fellow Malaysians! 🙂

An interaction between a Poslaju deliveryman and the owner of a house in which he delivered a parcel has gone viral on social media for the most wholesome of reasons! As reported by Harian Metro, a Malaysian got a bit of surprise on his parcel when he received it from Poslaju.

On it, there was a note written by the courier deliveryman which writes:

“Salam home owner, this is Poslaju, can I have some of your mangoes? Tomorrow I’ll come and collect, it’s for my pregnant wife!” 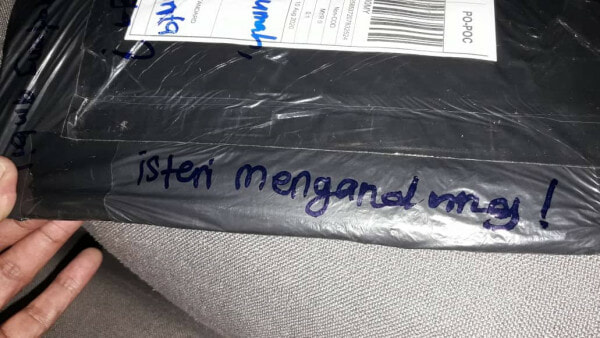 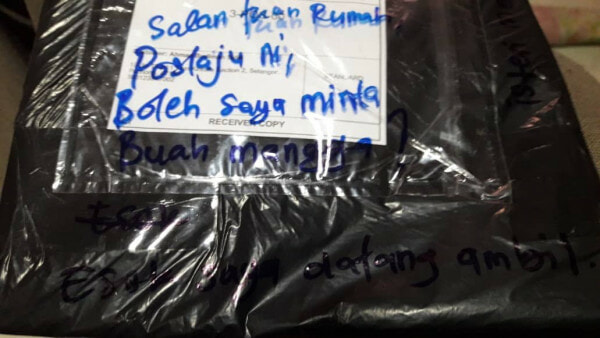 To the surprise of the Poslaju deliveryman, named Mohammad Zulhelmy, when he went to the same house to deliver another parcel, there was a note left by the home owner on the house’s mailbox.

Here is the note: 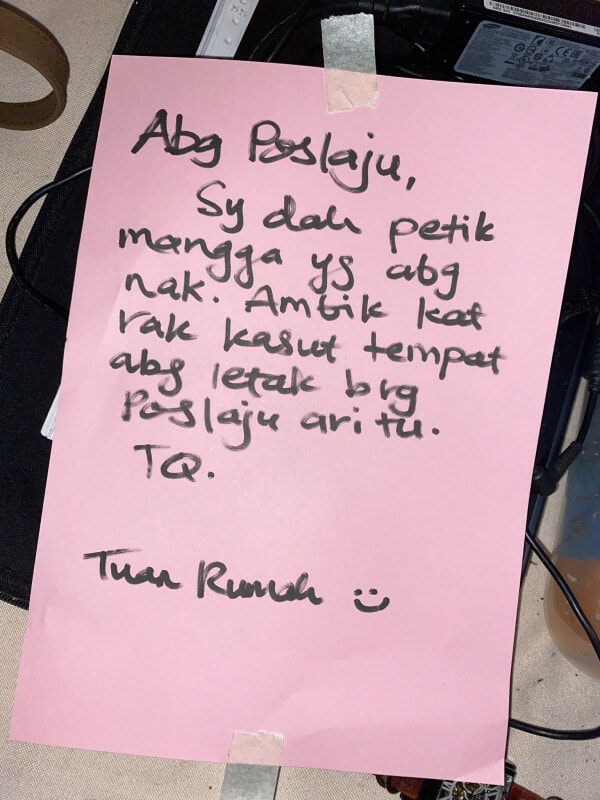 The reply note by the home owner reads,

“Abang Poslaju, I have picked the mangoes that you want. It’s at the shoe rack where you put the parcel the other day. TQ, Home Owner 🙂 ”

Aww, so sweet of the home owner to this for a random stranger!

Zulhelmy who is not active on Twitter only know of the post after it went viral and ended up replying to the tweet expressing how grateful he is to the home owner and thanked them for their hospitality. 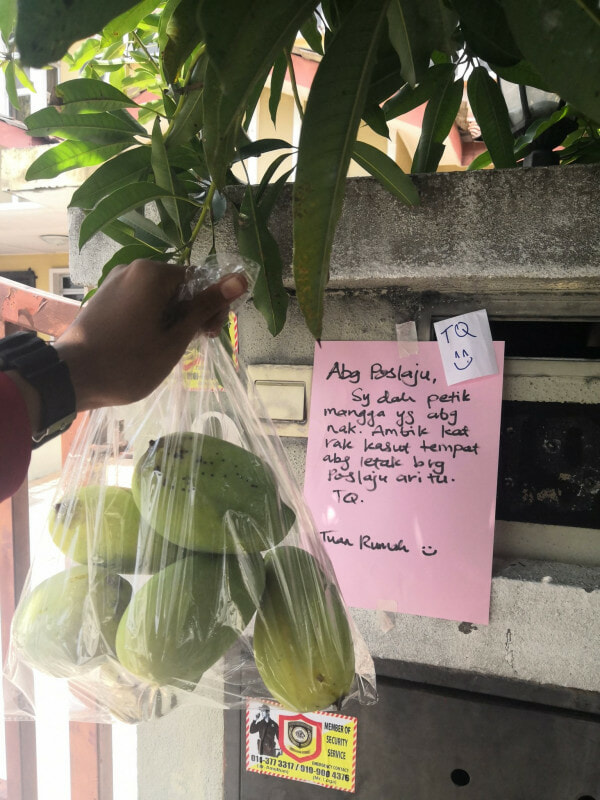 Zulhelmy’s wife, Afrah Wan Sulaiman is 7 months pregnant and was craving or ‘mengidam’ for a mango fruit to eat. This was after she saw a mango tree near an area in Puchong and told her husband about it.

She is also very grateful for the home owner’s hospitality saying that she wanted a fresh-off-the-tree mango to eat and not one sold in supermarkets.

The couple is expecting a child this November. 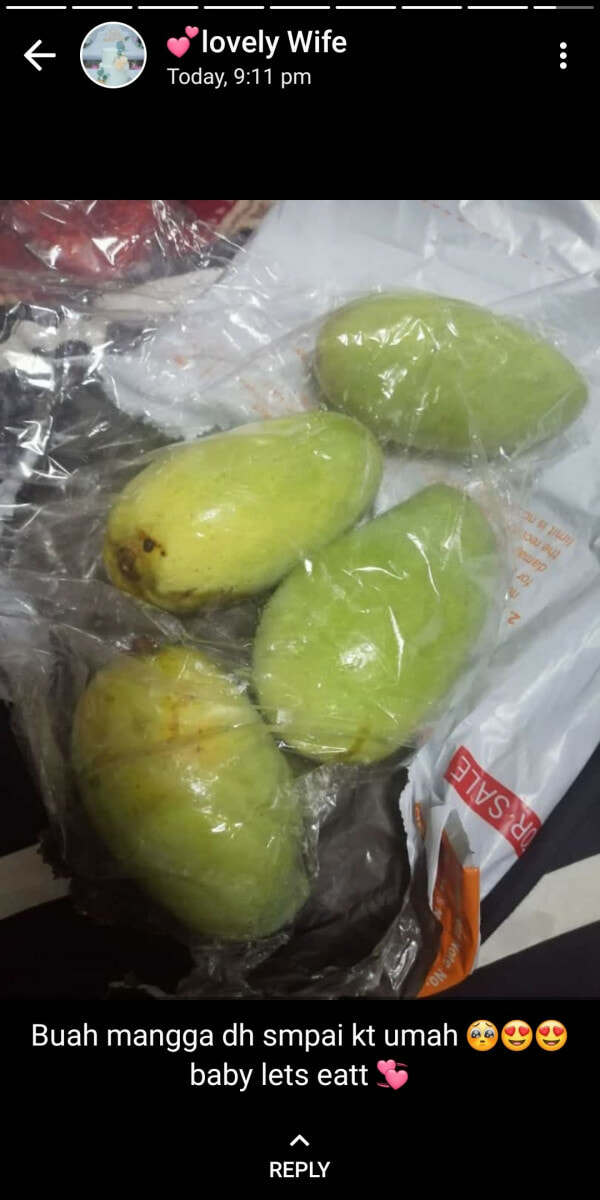 What a wholesome interaction! Faith in humanity restored. 🙂

Also read: MOH Teams Up With Poslaju To Provide Free Delivery Of Medicinal Drugs, Here’s How To Apply 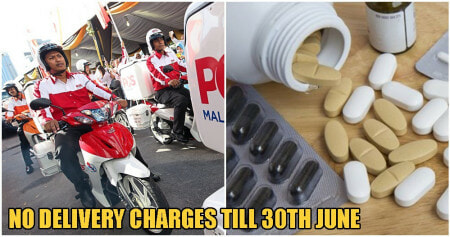