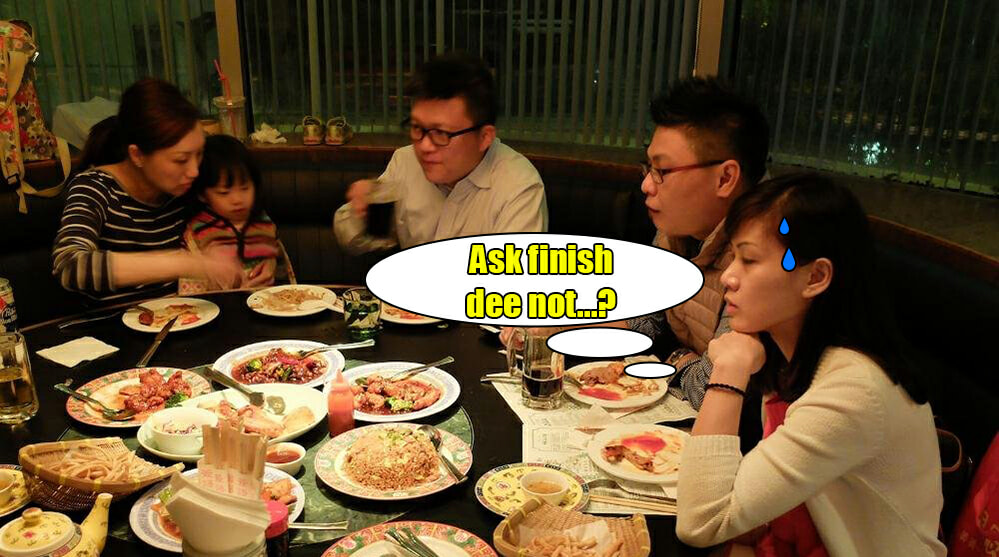 1. Being picked on as soon as they come over to you

We all love our family members… to a certain degree.  So it’s nice to see them at family events also lah. It’s not quite as pleasant though when they come over to you and immediately start critiquing everything about you.

“You still at that same job ah? Wah, must be hard to get promotion leh…”

It’s even worse when your partner is right there to see this in action. Uhm, what self esteem?

2. The busybody auntie who will not stop asking questions (and judge your partner) 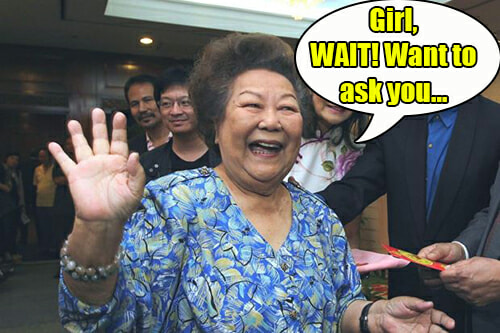 Malaysians are known to be quite kepochi but no one takes it further than an auntie lah. She’ll come and say hi and will be pleasant for the first few seconds to get the formalities out of the way.

But after that, nothing will hold her back as she blasts questions upon questions at you (usually about your partner so they can run a quick background check if he/she is “worthy” of you). If you’re lucky, it’s only one auntie who does this, but sometimes, it can be a whole group of them sneaking up on you!

If you guys can actually see them coming, RUN!

3. When someone in the family brings out embarrassing photos from your past

We’ve all been there. With friends, it’s already pretty bad but when it’s in front of your bae, the embarrassment increases even more wei.

You know which photos we’re talking about. The photos of you somehow playing in nothing but your diapers with no teeth or sleeping with your ‘chou chou’ perhaps…

The worst thing is that now it’s all digital, so all it takes is just someone whipping out their phone. Eek!

4. When the little ones come over and start disturbing you guys

Regardless of your family dynamics, there’s a good chance that there will be kids in attendance. It’s also pretty likely that those kids will come over and start questioning and ‘playing’ with both you and your partner. 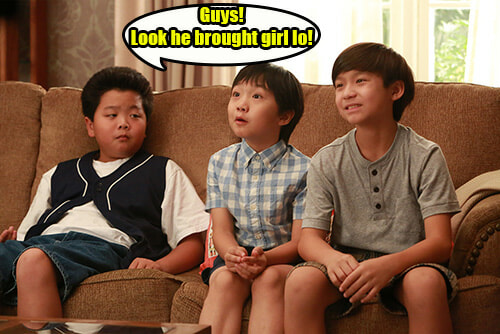 It is during this point that people will start judging how your partner is around kids and seeing if they’ll make a good wife/husband.

5. Being held captive by that one uncle who tells stories of his glory days

This rates along the same line as the busybody auntie. The big difference here is that most of the time, the uncle in question will be doing all the talking and you guys as a united front will have to be civil and at least give off the impression that you’re paying attention… 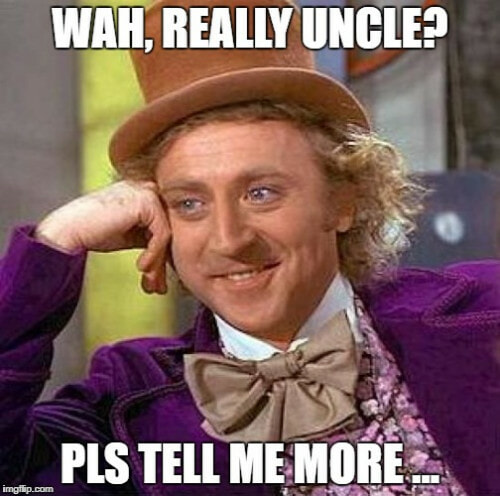 From time to time, he’d compare himself to you (if you’re male) or if you’re female, your boyfriend – asking if you guys were as ‘power’ as him back in his days.

On the bright side, if he focuses on himself, it means that he’ll be less likely to bombard you guys with questions. Phew…

6. Being compared to other couples around the same age

Comparison is unavoidable lah. First, it was grades in school or being compared to your best friends. Now, it’s about who is the most successful couple or when you guys will tie the knot and have babies…

Whatever they say to you guys, just hang in there!

7. When you look at each other and telepathically tell each other that it’s time to leave

When the both of you have finally mingled enough to ‘show face’ and have had your fill of the food, there comes a point where you would need to employ your super powers. The ability to use ESP on each other and just tell the other person that it’s time to leave only by a certain look. 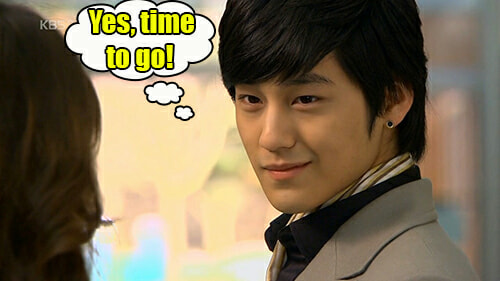 When the both of you have finally figured it out and leave, there’s no greater relief.

8. The happiness when you finally have private time together afterwards

Most of the time, you and your partner end up feeling self-conscious around your relatives, even more so around the older ones. You can’t really be as affectionate with each other and hold hands or act like you usually do.

That’s why it’s such a great feeling when you leave and finally have some alone time together!

That’s when you don’t have to actually endure all the questioning from kepochi aunties and uncles and do whatever you want, whether it’s a walk at a park, or enjoying your favourite food together – especially that much craved chicken from KyoChon!

If you’re already drooling at the thought of that crispy handbrushed goodness, well, we’ve got some great news! Are you aware of KyoChon’s Every 14th Promotion? 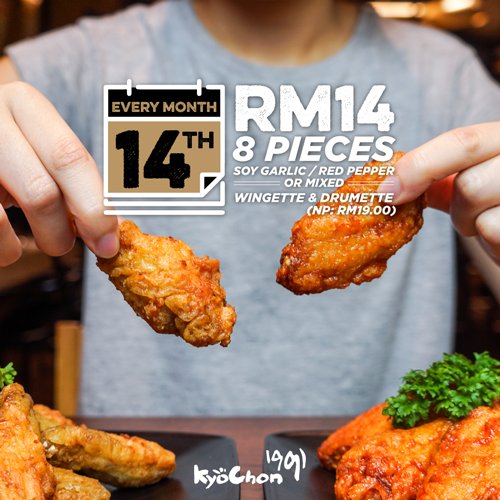 Basically, on the 14th of every month (yes, all year around guys!), you can purchase 8 pieces of their delicious Wingettes & Drumettes (Soy Garlic/Red Pepper/Mixed) for just RM14! #AyamNotKidding

Did we also mention that this promo is actually valid for both dine-in and takeaway too? So, you can enjoy the freshly-prepared chicken at the restaurant itself or indulge while catching up on the latest K-Drama in your jammies with bae…

Check this out if you want more details.

So, if you’re a fan of fried chicken, you know what to do! Put this in your calendars, like, right now! You definitely don’t want to miss out on all that yummy goodness every month!