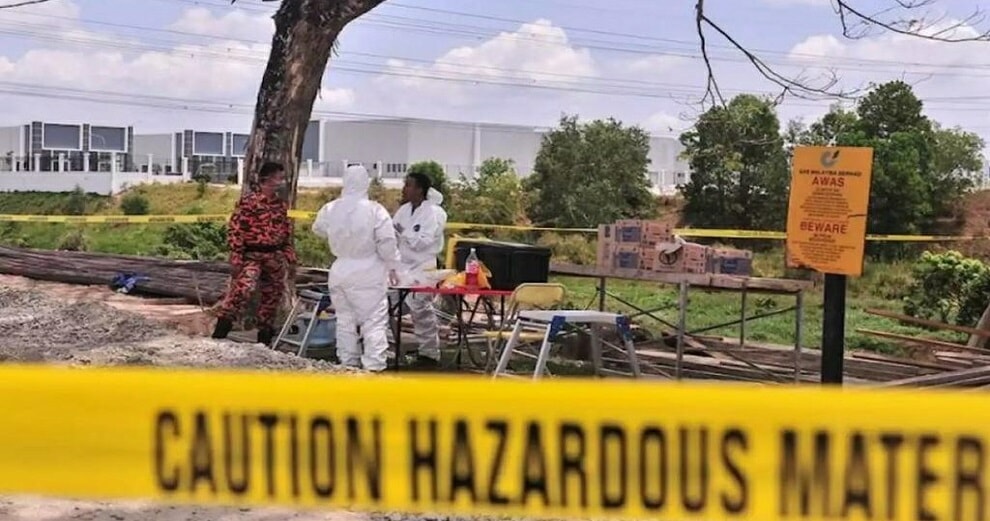 While the number of people falling sick due to the chemical waste dumping in Johor’s Kim Kim River is rising to the thousands, it was recently revealed by Astro Awani and the New Straits Times that 8 chemical compounds have been identified so far. Here’s a list of these chemicals and the health effects they can cause upon exposure;

Methane is a chemical that’s actually produced by humans as a metabolic product of intestinal bacteria. According to the U.S. National Library of Medicine, Methane gas is colourless and odourless, and can be toxic if inhaled. Exposure to this gas can cause the following symptoms;

Hydrogen Chloride in its gaseous state is colourless to a slightly yellow colour. This gas is also corrosive and according to the Agency For Toxic Substances and Disease Registry (ATSDR), air concentrations of above 5ppm can lead to some side effects, which include; 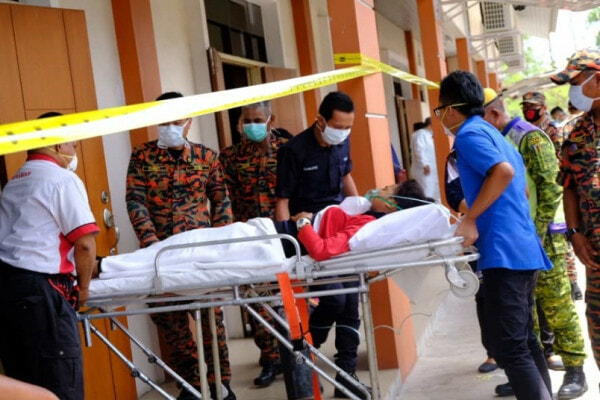 According to ATSDR, Acrylonitrile is a liquid, man-made chemical with an onion and garlic-like odour. It is used to make plastics, acrylic fiber, and synthetic rubber, and it can also evaporate into the air very quickly. High levels of this chemical can be deadly and can affect children more than adults. Upon exposure to this chemical in its gaseous state, one can exhibit the following symptoms;

Toluene is a naturally-occurring chemical found in crude oil and the tolu tree, and is used in the production of fuel, paints, paint thinners, nail polish, lacquers, adhesives, and rubber, according to ATSDR. This chemical is commonly found in the air, especially in places with a lot of vehicular traffic and can readily evaporate into the air. If you are exposed to this chemical, you can experience the following symptoms; 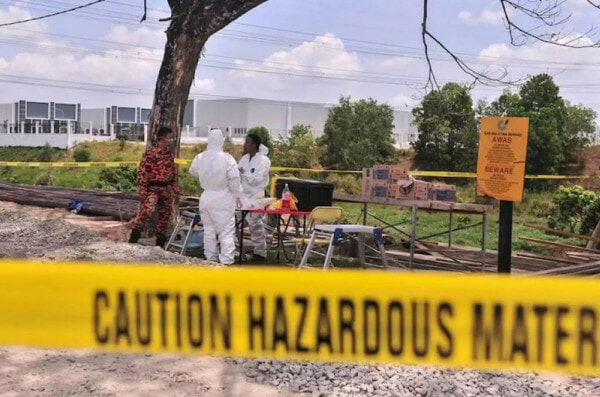 According to the Environmental Protection Agency (EPA), ethylbenzene is a colourless liquid that smells like gasoline. It is used in the production of styrene and is also a constituent of asphalt and naphtha, and fuels. Symptoms of exposure to this chemical can include;

According to the U.S. National Library of Medicine, acrolein is a colourless or yellowish liquid used as a herbicide and was used as tear gas in World War I. Based on your level of exposure to this chemical, you could experience the following symptoms;

Also, depending on how much you’re exposed to this chemical, acrolein can cause the following health problems too; 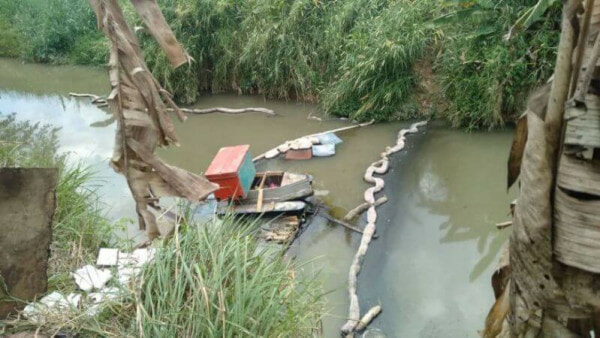 Xylene is a clear, colourless liquid with a sweet odour and is insoluble in water, according to ATSDR. Most exposures to this chemical typically occur through inhalation. Depending on how much you are exposed to, this chemical can cause the following symptoms;

Xylene is also known to cause the following health problems;

Limonene is a colourless liquid and is used as a solvent in degreasing metals prior to industrial painting, for cleaning in electronic and printing industries, and in paint as a solvent, according to the U.S. National Library of Medicine. It is also used in flavouring and adding scents in food, household cleaning products and perfumes. If one inhales this chemical in its gaseous state, they can experience the following symptoms;

In related news, the National Disaster Management Agency has already removed about 2.4 tonnes of chemical waste mixed with soil and sent more samples to the Johor Department of Chemistry for further analysis.

Let’s hope that the authorities are able to maximise clean-up efforts before this situation escalates even further.

Also read: Update: 2,775 People Are Sick in Pasir Gudang But No State Of Emergency Declared Yet 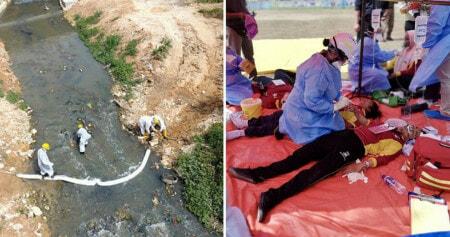