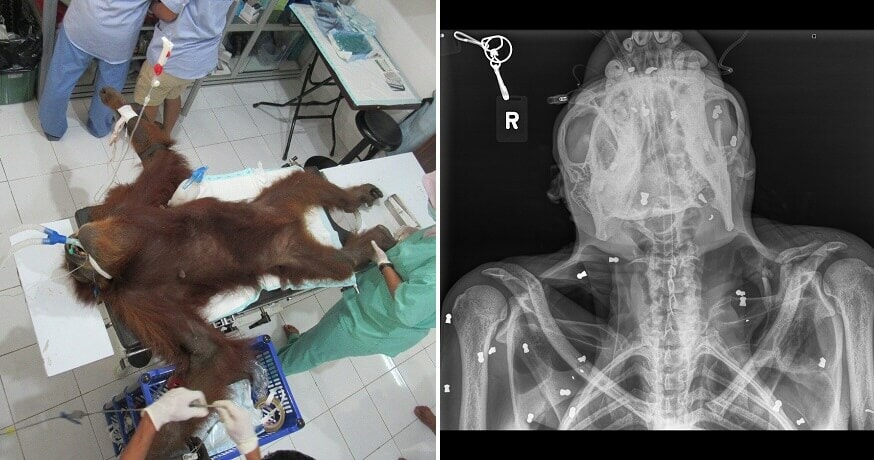 How could anyone treat these animals so cruelly?

Recently, an Indonesian civil servant, Sutopo Purwo Nugroho, shared a tweet on how an orangutan and her baby got rescued after being tortured by local hunters. After sending them to the hospital, the mother orangutan, known as OU, was discovered to have 74 air rifle bullets and several sharp blades lodged in her body. 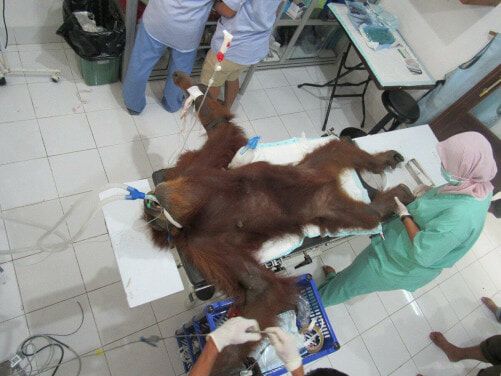 According to Coconuts, the Natural Resources Conservation Agency (BKSDA) of Aceh rescued the orangutan along with her baby last Saturday (March 9th). The head of Aceh BKSDA, Sapto Aji Prabowo, mentioned that they had heard about the tortured orangutans a week ago and worked with several agencies to retrieve them. This incident took place in a park in Bunga Tanjung Village, Indonesia.

After evacuating the two orangutans, they were immediately sent to a rehabilitation center for further treatment. The mother, OU, who was found in a frail state, was severely injured as 74 air rifle bullets and sharp blades were found in its body. 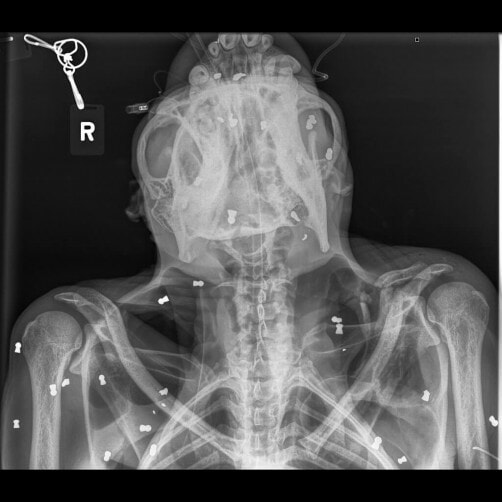 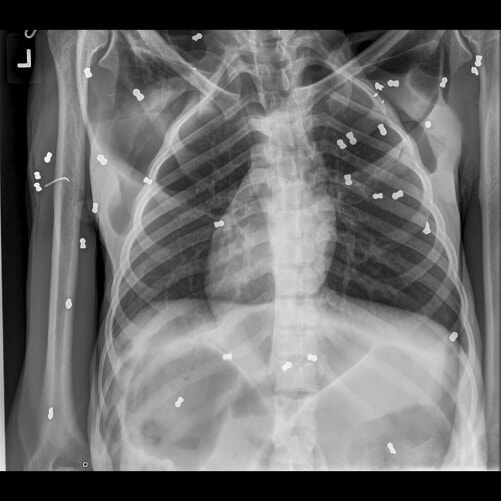 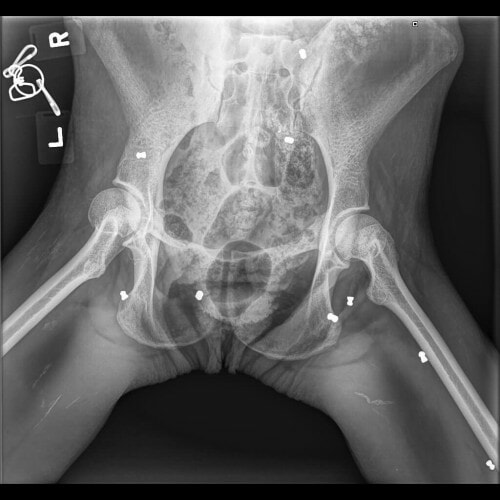 Although OU is currently being taken care of by BKSDA Aceh, her one-month-old baby did not make it as it was suffering from severe malnutrition and trauma. Oh no!

“OU was then taken to the Sibolangit rehabilitation center in North Sumatra. The baby, however, could not be saved,” Sapto added.

Sapto also confirmed that OU would be released back into the wild after she has recovered from all of her injuries. 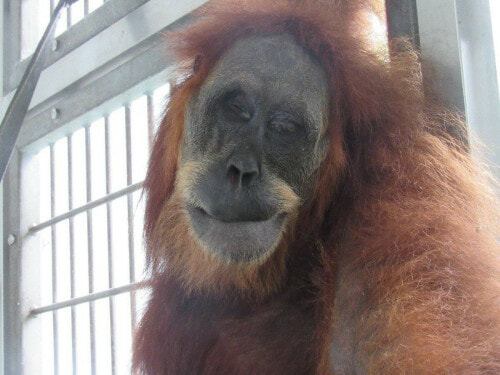 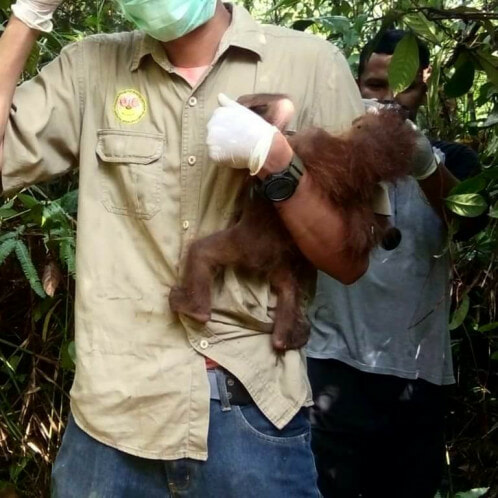 This is so heartbreaking. Hopefully, stricter animal welfare laws will be available to punish these cruel people who think nothing of torturing innocent animals. 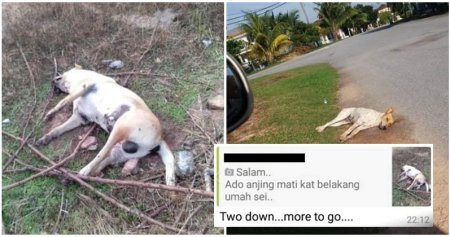