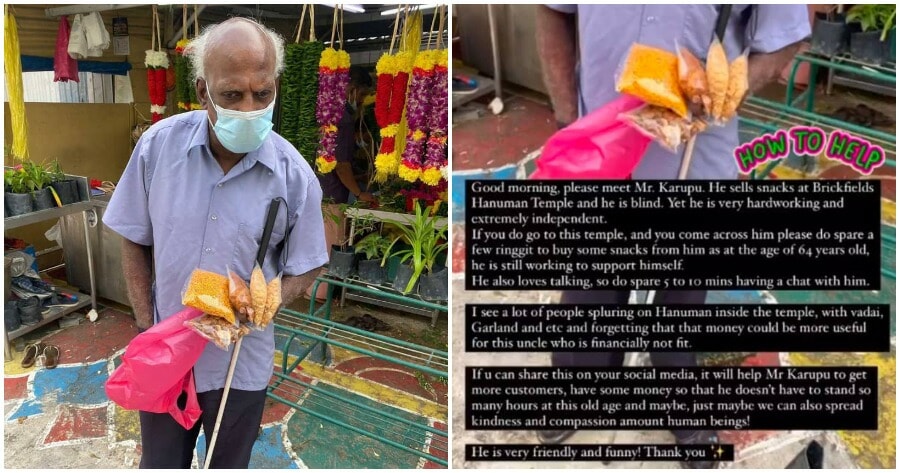 With many feeling discouraged as the Covid-19 cases spiking, rendering people to stay indoors at all times, the situation could not break the spirit of visually impaired Mr Karepu Sami who sells Indian snacks near Sree Veera Hanuman Temple in Brickfields.

He was spotted by a member of the public, Thevisha, who shared about the encounter via her Instagram story. The post was then later re-shared on @be.ghandi.

According to Thevisha, she said she has seen Mr Karrepu selling snacks for over five years now, as she regularly goes to the temple for prayers. 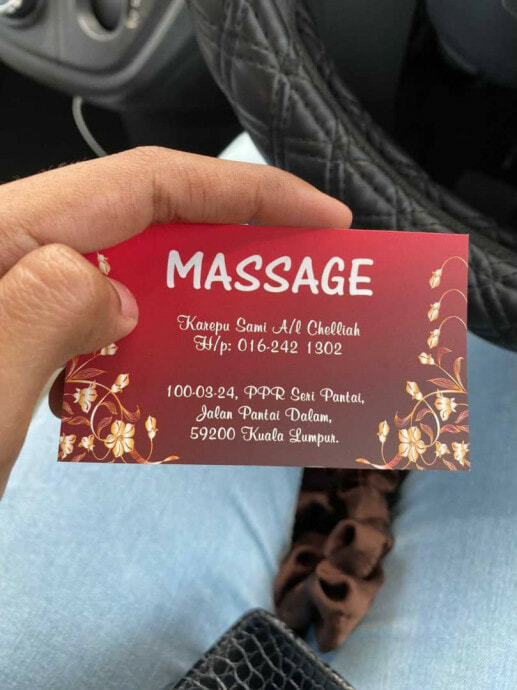 Speaking to WORLD OF BUZZ, Thevisha explained that Mr Karepu also gives massage services for the elderly. She said the 64-year-old visually impaired uncle usually stands nearby the temple selling snacks for hours if he doesn’t receive any massage appointments, just to make ends meet. 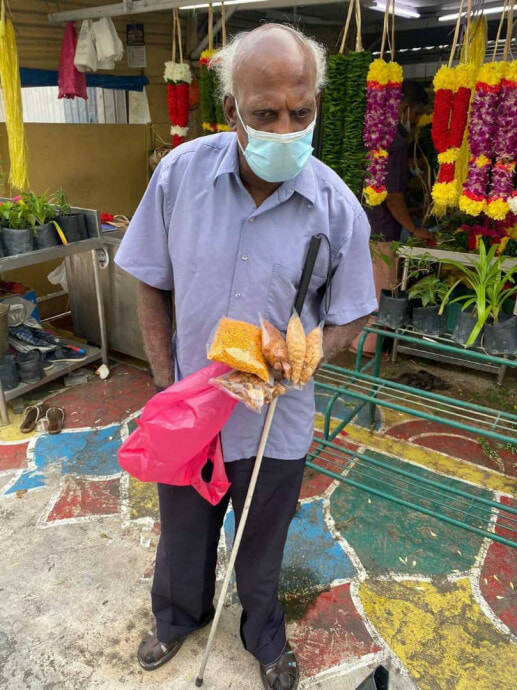 When asked if Mr Karepu had any family members to take care of him, Thevisha said she was told that he had children. Unfortunately, they have abandoned him. She also expressed how Mr Karrepu was a really friendly and warm man who loved chit-chatting.

“He’s really chatty because I think he’s rather lonely. I just hope he gets the assistance he needs, since he’s very old and also blind.” 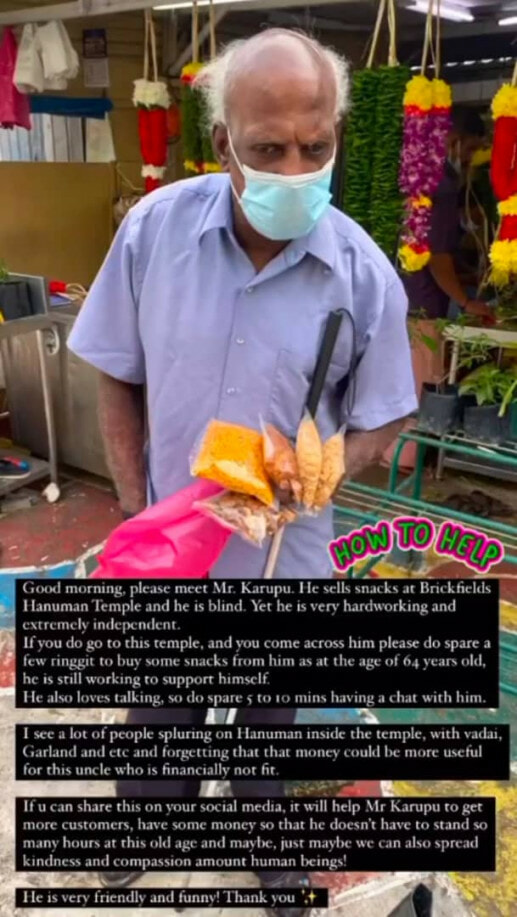 According to her Instagram story, Thevisha said she notices how many people splurged a great number of offerings like garlands and vadai (an Indian savoury fried snack) for Lord Hanuman inside the temple’s premises, and urged their money could be made more useful for those who are financially unfit, like Mr Karepu.

“If you happen to go to this temple, do spare a few ringgits to buy some snacks from him, he’s 64 years old and still working to fend for himself.” wrote Thevisha on her Instagram story.

At 64-years-old and in such a fragile state, Mr Karepu is still determined and hardworking. It is understood that he doesn’t make much out of selling snacks and is all alone at the moment, which is why Thevisha hopes the news can be passed around so Mr Karepu can get the assistance that he needs.

If you’re nearby the area, do drop by and support the kind, old man. 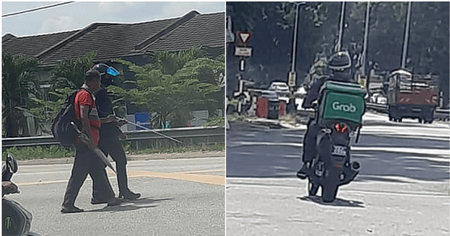