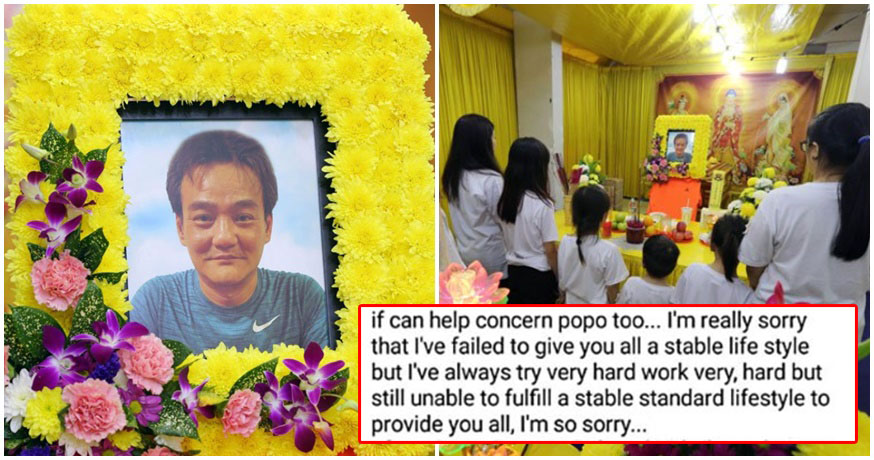 A parent’s love knows no boundaries, and that is true in most cases of families across the world. Regardless of what family you were born to, your parents will try their utmost to make sure that you are well-fed, clothed, and have a roof over your head. Some parents even go above and beyond to make sure that the road ahead of your life is paved as smoothly as possible. But many kids often don’t realise this, as their parents would almost never tell them the sacrifices they make.

For a family of seven children and their mother however, a heartbreaking last message left by their late father revealed his heartfelt feelings for all of them before his sudden death, according to a report by China Press.

The incident, which happened in Singapore, befell a family when a WhatsApp group comprising of the man’s children received a very sudden and very foreboding message from their father. 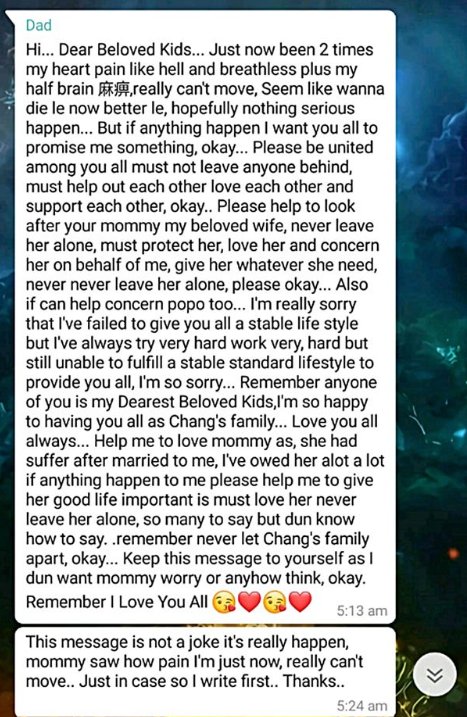 The deceased, a 45-year-old man, was said to have worked as an electronics equipment salesman before his untimely passing. He lived in a two-room HDB unit with his wife and their seven children.

“Hi, dear beloved kids. Just now been 2 times my heart pain like hell and breathless plus my half brain was paralysed, really can’t move. Seems like wanna die now.

Please be united among you all, must not leave anyone behind.

I’m really sorry that I’ve failed to give you all a stable lifestyle, but I’ve always tried to work very hard.

Remember, I love you all.”

After receiving the harrowing WhatsApp message, his daughter advised him to seek medical attention immediately but her late father brushed off her concerns and went to work as he usually does. Unfortunately, two days later he succumbed to his condition and was hospitalised, before passing away on the 16th December 2019. 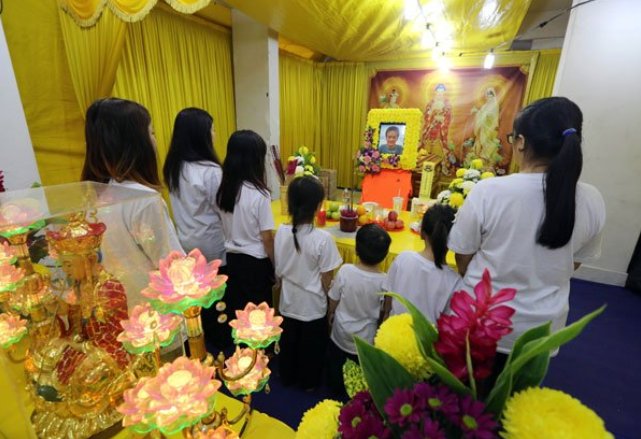 While they were never wealthy, the remaining family members have always said that they were happy together. After the passing of their father, the two eldest children, a 21-year-old and a 19-year-old, will have to take on the responsibility of caring for the family. They’re both worried about the cost of education for their own younger siblings, and have expressed wishes to apply for a larger, three-bedroom flat. 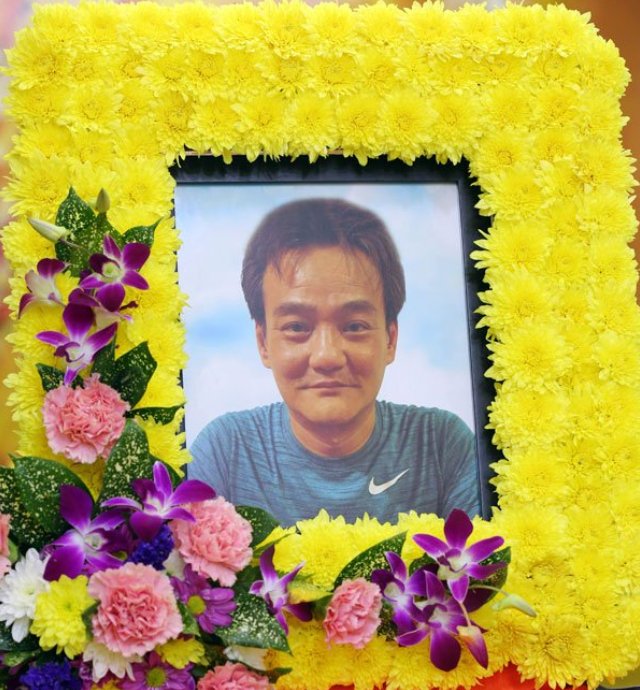 They also added that their late father has always been a good father to them, and did all he could to make sure they could live comfortably, even with his meagre earnings.

We extend our deepest condolences to the surviving members of the family, and hope that they will be able to stay strong during such a difficult period. 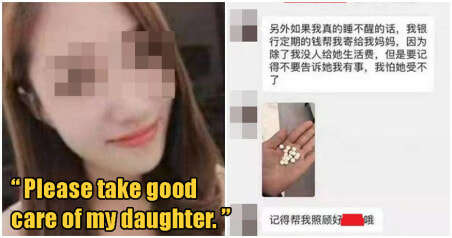