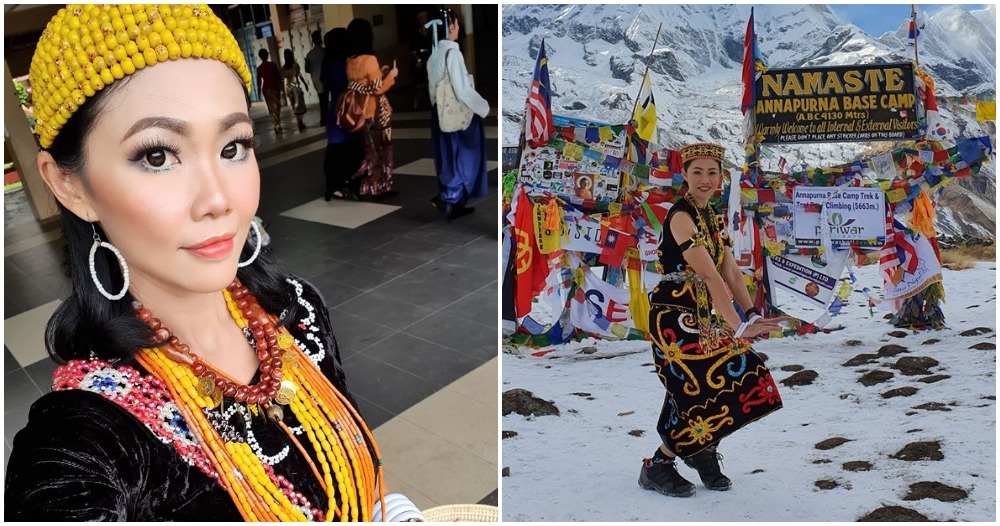 Everyone knows that cluster of mountains that is the Himalayas. There are many different mountains there and the most famous one there is the Everest, aka the tallest mountain in the world! There are several famous hiking treks in the Himalayas, and enthusiasts flock to the range every year to challenge themselves.

However, this 42-year-old former Dewi Remaja contestant (a beauty contest organised by Remaja magazine) managed to scale 4,130m of the Annapurna Mountain while representing her tribe, the Kayans! 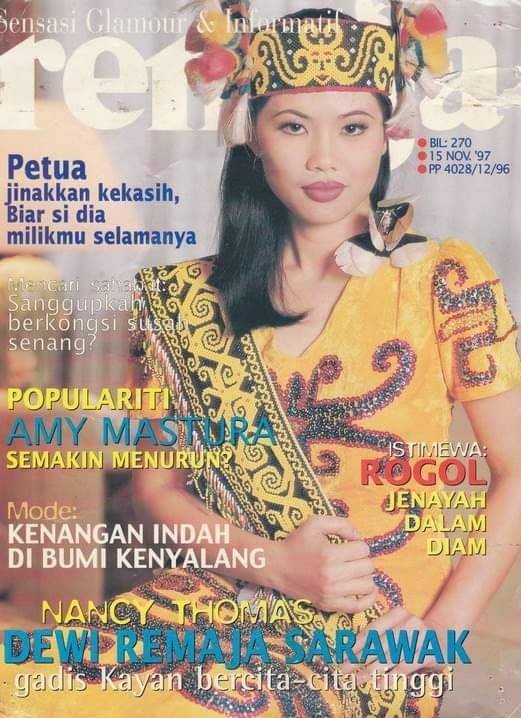 Nancy Maria, 42, and her husband, Werry Lipi, flew from Kuala Lumpur to Kathmandu, Nepal on the 25th of November, and they have been documenting their trip to the Annapurna Base Camp (ABC) on Facebook.

On the first day, they reached Kathmandu, stayed there and stocked up on the equipment needed for the hike to ABC. Then on the second day, they took a bus to Pokhara – which is the gateway to the Annapurna circuit. The journey was 8 hours long, and they went through many narrow and steep roads which pass by many different villages.

On 27th November, their official hike began at their first stop, Jhinu Danda! Throughout the 8-hour hike, they heard the sound of the river and they passed through multiple villages. As Nancy has a green thumb, she was really tempted to join in some of the villagers’ activities! 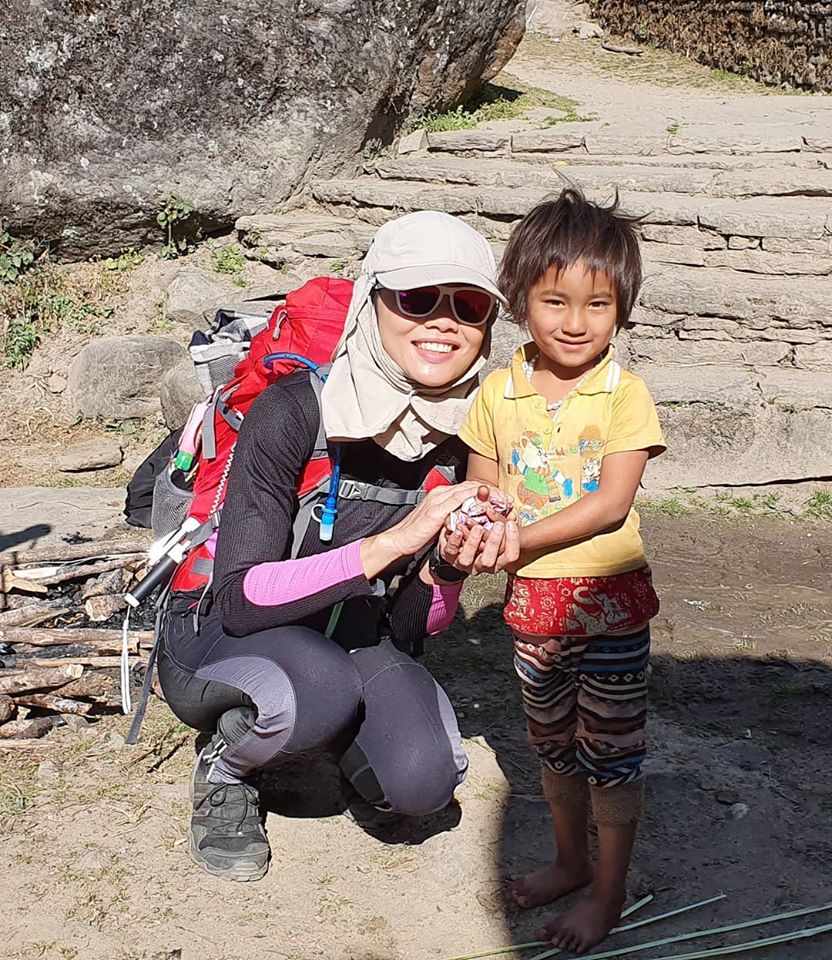 They crossed over to Chomrong and on day 4, they reached Sinuwa, which is the halfway mark for their hike! Nancy says that she misses her 2 children back at home and would always give some sweets to the Nepalese children that she encountered during her hike.

On day 5, they hiked up 1128m from Sinuwa to Deurali in the span of 8 hours! As their ascension was at 3000m+, the temperature started to drop and the snow started to fall at  2°C. 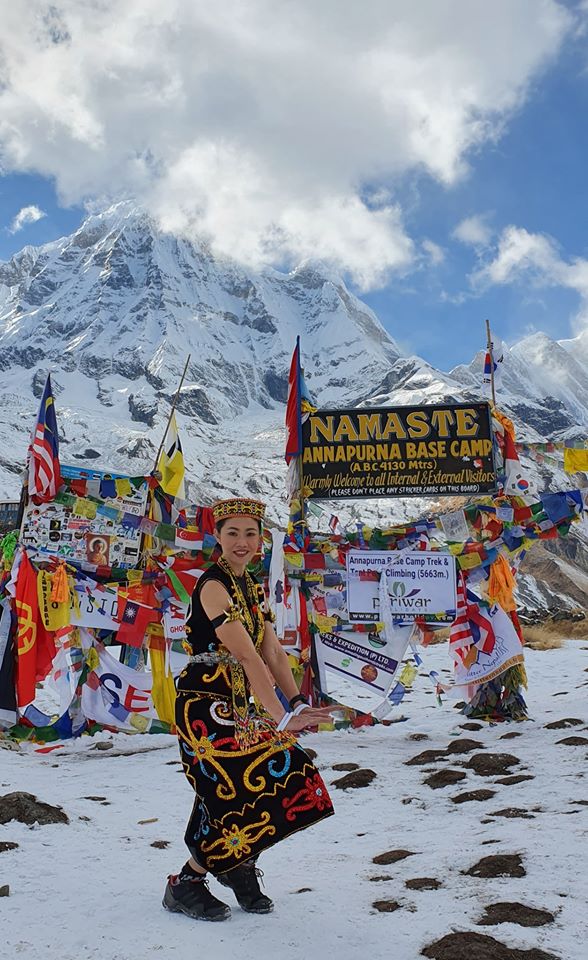 As of Day 6, they have finally reached their goal, which is the Annapurna Base Camp. There, she says that she truly witnessed the power of God and felt so small, so little when taking in the view. To make the trip more memorable, she decided to don the traditional clothing of the Kayan people from Uma Juman, Belaga, Sarawak.

After spending some time there, they have started their descent back to Pokhara! They are now still in the midst descending, and we hope that they come back home safe and sound!

Also read: 8yo Boy Brings Late Mum’s Portrait To Highest Peak in Taiwan Because He Promised Her 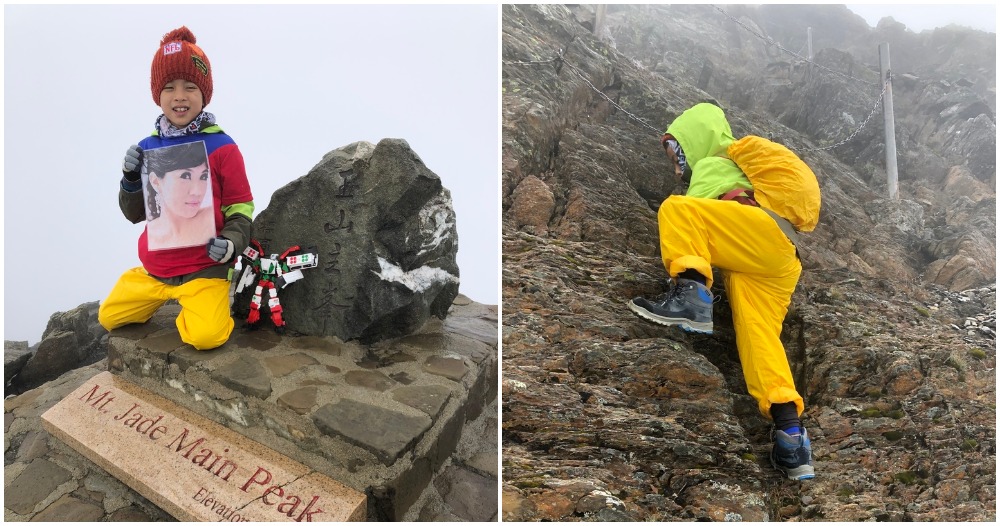