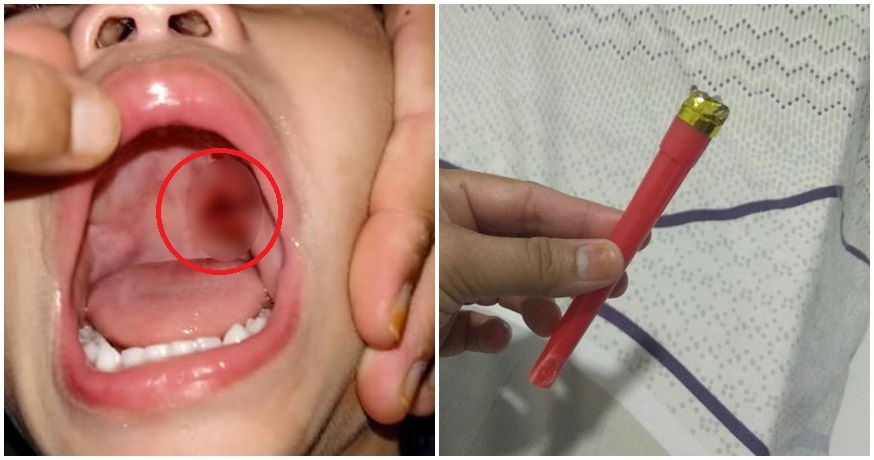 Time and time again, we have always emphasised that keeping an eye on your kids is pretty important. After all, many instances of kids winding up hurt or worse have always happened as a result of negligence on the part of the parent.

Another such case was recently uploaded on social media by netizen Nur Hidayah Baharom, who shared a horrifying story that recently happened to her son when they were seemingly celebrating a special occasion. 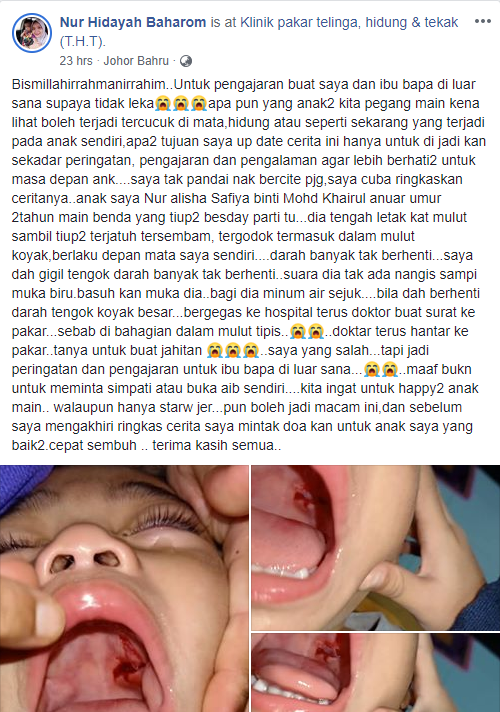 In a series of absolutely terrifying pictures, Nur Hidayah, whom we assume is the mother of the child in the photos, shares the moment when her 2-year-old child, Nur Alisha Safiya binti Mohd Khairul Anuar, was playing with a party horn when she suddenly tripped and fell on the floor with the horn still in her mouth. 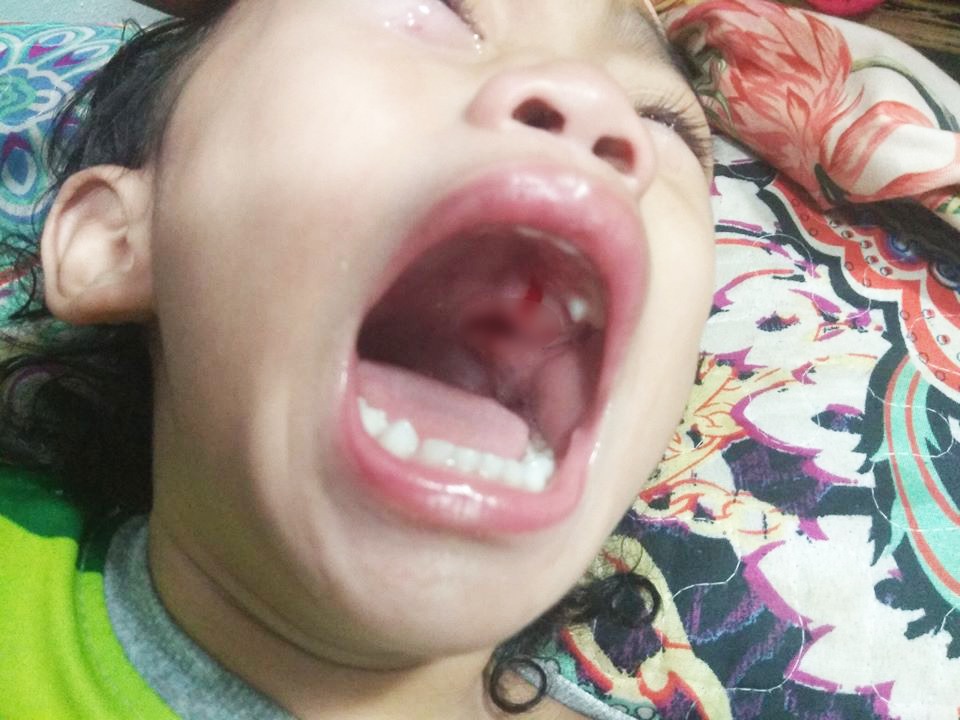 Now while most people wouldn’t think too much about these party accessories, seeing how they’re usually made of cardboard, some of the cardboard used is actually pretty rigid and in other instances, contain plastic parts.

It was this plastic bit at the end that wound up piercing the very back of the small girl’s throat, causing a massive tear which led to a huge amount of bleeding from her mouth. 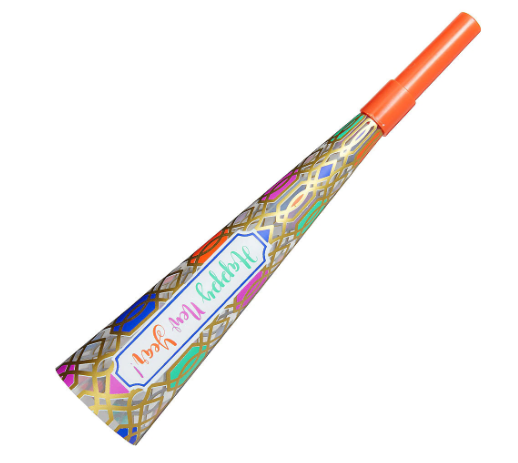 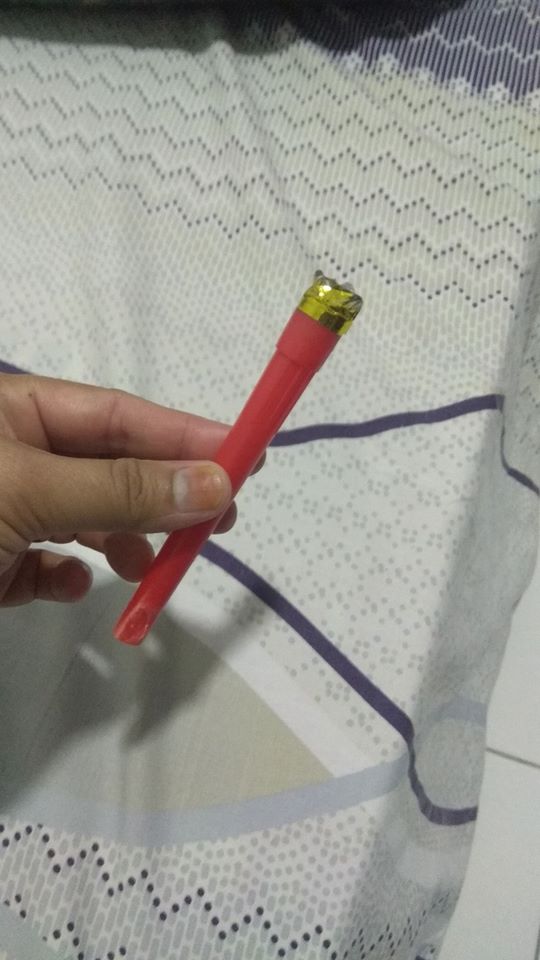 “It happened right before my eyes, there was blood everywhere. …She didn’t sound like she was crying, but her face turned blue.”

“After I fed her with cold water and the bleeding stopped, I saw that there was a huge gash at the back of her throat.”, said Nur Hidayah.

After taking her daughter immediately to the hospital, it was found that the plastic end of the party horn had torn a part of the lining in the little girl’s mouth and would require specialist treatment. In the end, she wound up having to endure a number of stitches to keep the wound closed. How awful!

Nur Hidayah said that she hadn’t intended to write this post for the sake of gaining compassion or sympathy over the incident, and fully accepts responsibility for her negligence. She also warns parents that even the most innocent looking objects can prove to be very dangerous around young children.

To all parents who are reading this, it really does pay to keep your children safe at all times! So don’t ever let them out of your sight! 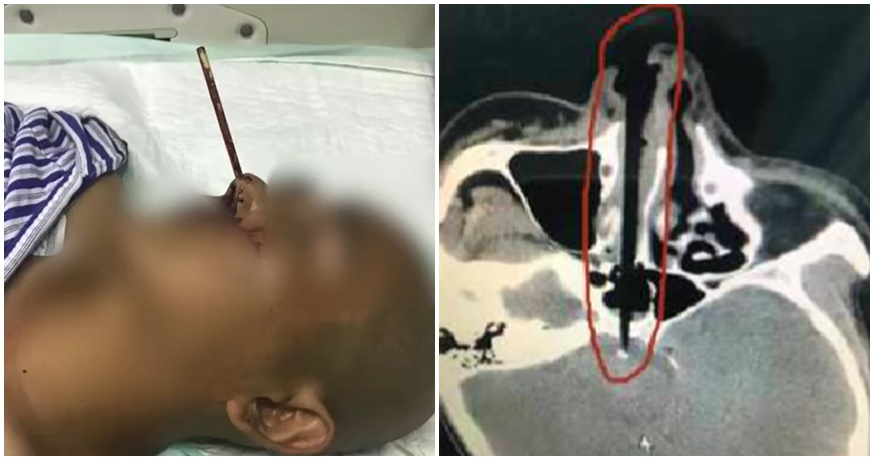