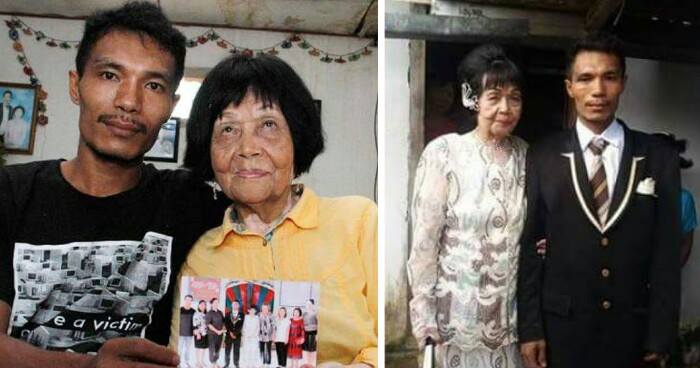 People often say that love is something we have no control over. And perhaps they are right as a 28-year-old man from North Minahasa, Indonesia fell in love with an 82-year-old lady.

It was quite an uncommon pairing which got the whole of Indonesia shook. News of the couple’s marriage which took place on February 18, 2017 spread like wildfire online, Harian Metro reported. 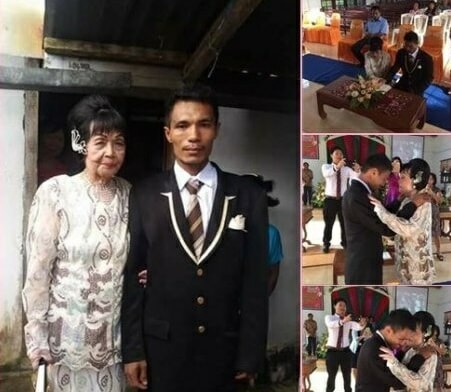 The young man, Sofian Loho Dandel, works at a workshop. He told the media that he met Martha Potu, his wife, about a year ago when she accidentally dialed the wrong number.

“A year ago, I received a phone call from an unknown caller, I answered and we came to know each other. Since then, we have constantly kept in contact without knowing her age.”

“I have never dated before this and I think I am in love.”

The young man traveled a whooping 120KM just to visit the love of his life in South Minahasa. But of course, after seeing her for the first time, he was completely shocked.

“I did not expect Martha to be as old as this. However, we are truly in love and both decided to continue with this relationship.” 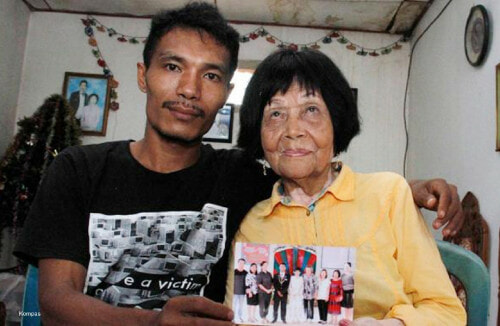 Months after meeting each other, they decided to get married regardless of the many objections from different sides, especially Martha’s own family. But they still pressed on and got married.

Sofian invited his parents to meet with Martha and even told them he wants to marry her. Of course, he did not reveal her age to them first.

The mother, Magdalena, 60, from Mantahage Island expressed her shock to the media. She said,

“We didn’t know his fiance was a grandmother. We are very surprised but what else can we say.”

“We saw them so in love with each other so we agreed with his choice. If it’s meant to be, it is meant to be.”

Martha told the press that she had also prayed for another husband after her husband had passed away 10 years ago. She was left all alone in Indonesia as her children are in Germany and Saudi Arabia.

“I pray to God if I am still allowed a chance, and asked for a husband who can take care of me at this old age.”

“I did not expect God would choose Sofian.”

Sofian truly is in love as he told their local press,

“Just as the preacher said, ’til death do us part. We will be loyal to each other as long as God allows us to live.”