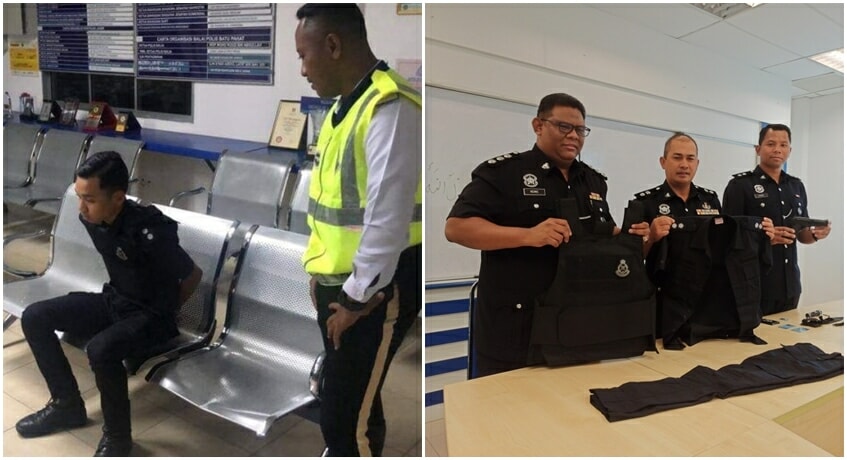 According to Oriental Daily, a 19-year-old youth was arrested by police two days ago (February 2nd) in Batu Pahat for impersonating a police officer. The 19-year-old was making his “rounds” in the area when he was arrested by an actual police patrol making their rounds as well!

Batu Pahat deputy police chief Supt. Muhammad Izzudin Runggai revealed that patrol officers noticed a suspicious motorcycle while they were on patrol in Parit Raja, Batu Pahat at about 2:45 am.

When the officers approached the 19-year-old sitting on the motorcycle, they finally realized he was impersonating police when they checked his identification documents. 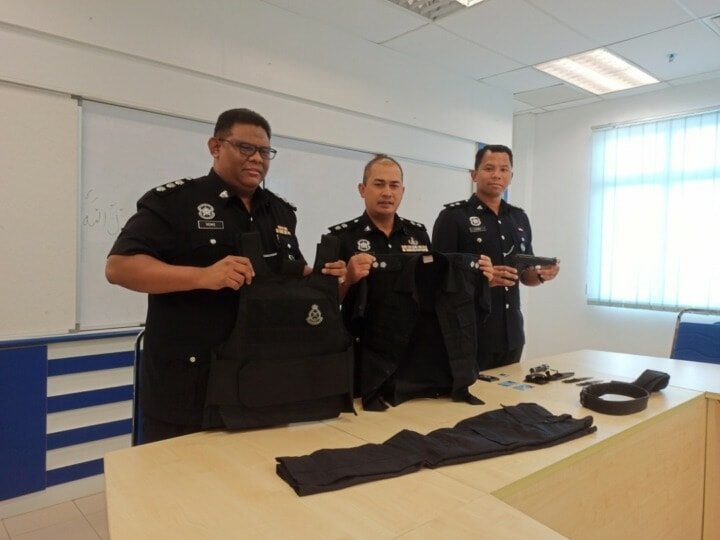 While explaining himself to the police, the youth said that it has always been his dream to be a police officer. He had gone online to buy all the police accessories he was wearing, including a fake uniform, a fake handgun, daggers, and fake police identification documents. 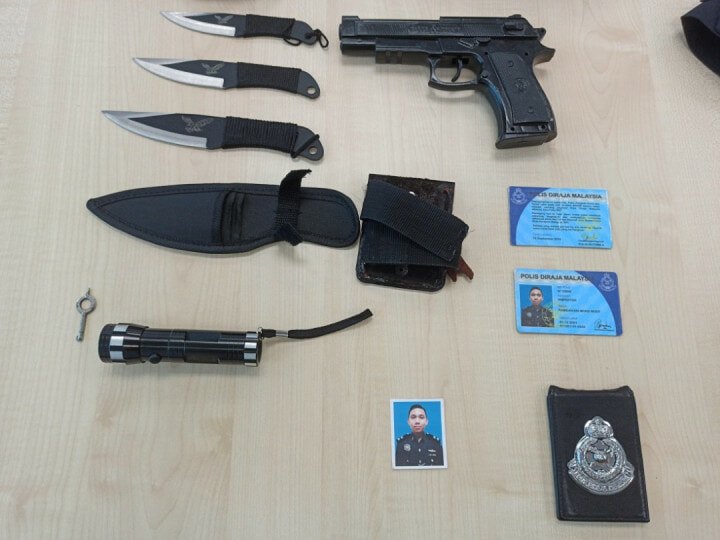 Supt. Muhammad Izzudin Runggai added that the police badge on all his items looked almost identical to the actual badge, which meant the youth could have easily duped innocent citizens!

Since fakes and forges are getting so real nowadays, we hope everyone is on alert when approached by police officers. It isn’t against the law to check a police officer’s identity in detail if you think that they’re being suspicious!

Also read: A Noodle Restaurant in KL Scammed Woman With a “Happy CNY” Extra Charge of RM0.50 Per Item 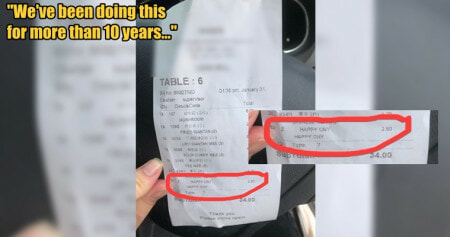