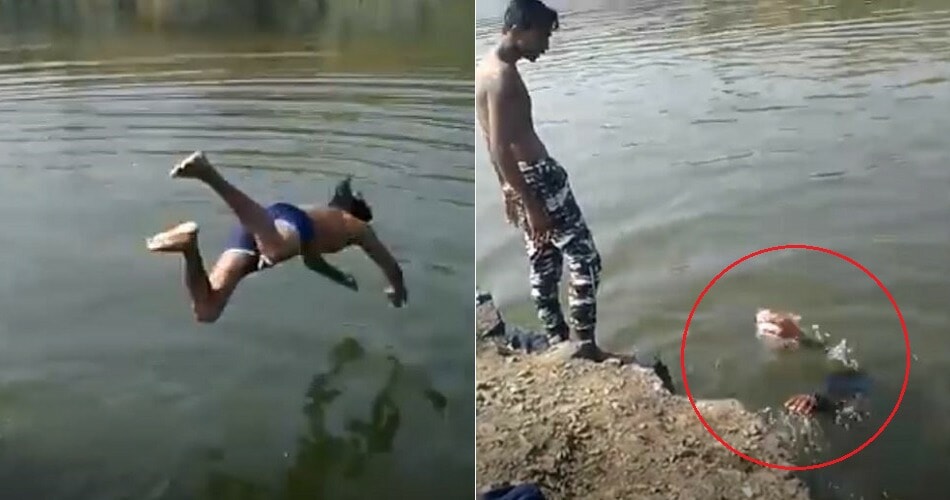 UNILAD reported that a man was left to drown while onlookers did nothing to help the guy, even as a man continued to videotape the incident. On 15th November 2019, Jaffer Ayub, 19, and two of his friends decided to take a dip at the quarry in Kalburgi, Karnataka. The boy took a dive confidently without testing the waters, and he swam a few metres away from the riverbank after diving in. 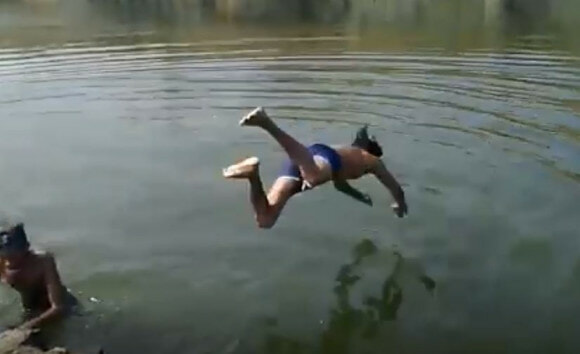 But, as he started to move towards the riverbank, he looked like he was very tired and lost his grip of the shore. Ayub submerged momentarily as he tried to grasp for air to survive. The report further revealed that one of his friends, who was standing at the riverbank, reached out his hand to help Ayub, but he pulled it back for God knows why. 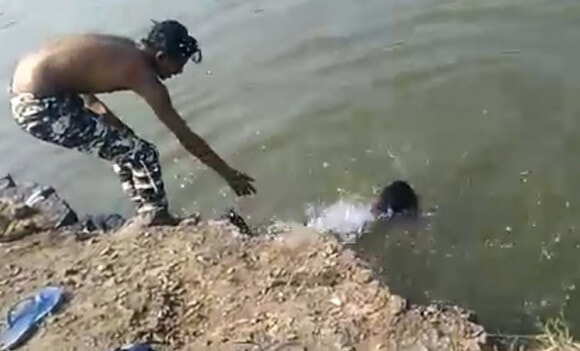 As Ayub desperately tried to stay afloat, onlookers just remained silent as they watched him drown; and his friend who was recording the whole ordeal didn’t even give a hand. Sometime later, Ayub seemed to have completely submerged into the water as he was missing from the surface.

Only after Ayub had completely disappeared, the group of onlookers was suddenly alarmed by the incident. They tried to pull Ayub to the riverbank, but it was too late because he had passed away by then. 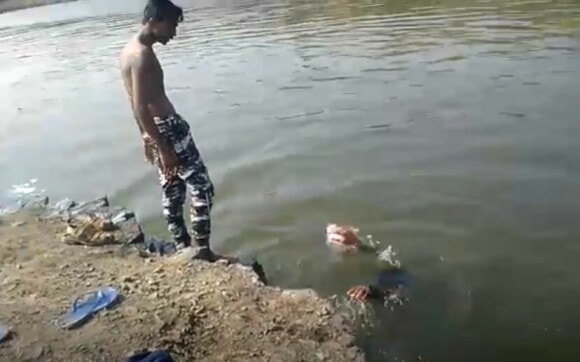 As of now, police are investigating the incident and they reckoned that the onlookers were probably “too terrified to help” before they even tried to understand what was happening right before their eyes. What’s your take on this case? Let us know in the comments below!

Also read: Malaysian Dies by Drowning in A Beach Near Bali After Being Swept Away By Huge Waves 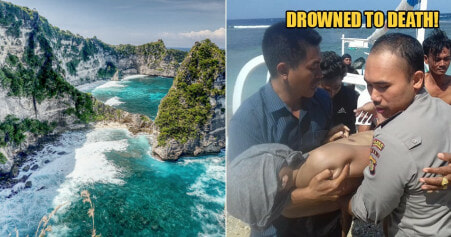