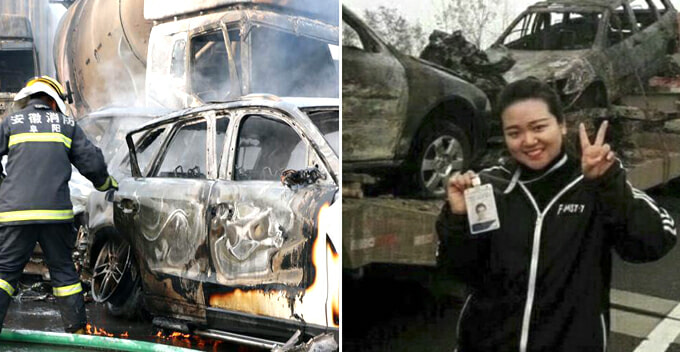 To be honest, we have no idea what was running through her head at that moment.

On Wednesday, a tragic accident took place in Anhui province, China where 30 vehicles crashed into each other in a pile-up accident due to low visibility on the highway.

The scene was gruesome as cars and trucks were burning while bodies covered in blood were lying everywhere amongst the wreckage. 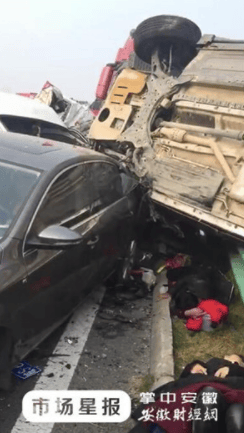 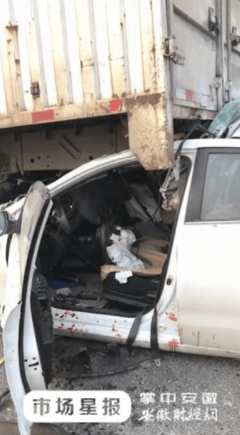 The collisions were so violent that some cars were even reduced to half of their original size after crashing into large trucks. The accident claimed 18 lives while leaving many severely injured.  There were reportedly 14 fire-engines and 100 fire-fighters that were despatched to the scene. 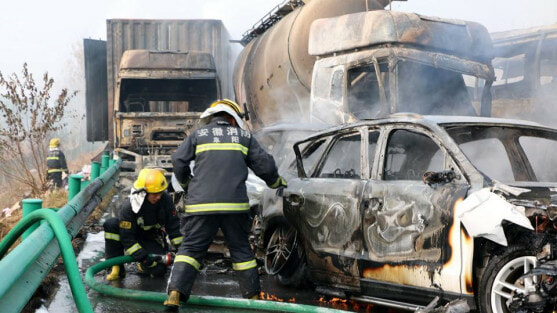 At the sight of such a heart-wrenching situation, no one could ever break into a smile, except this DJ from a local radio station. That’s because she shockingly took a selfie in front of the wreckage with a big smile on her face while posing with a peace sign on the same day it took place. What’s wrong with her?

Somehow, the selfie made it to social media and it went insanely viral while drawing flak from netizens. Many were appalled and baffled by her inconsiderate behaviour. 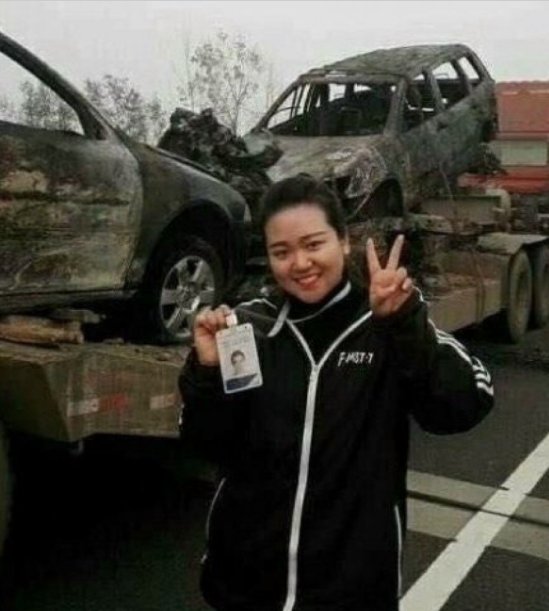 “I was at the highway when the accident happened. There was one car where all four family members onboard were severely injured. One of the men requested his hand to be placed on the wife’s hand just before he died.

“It was exactly like hell on earth. I wonder how she could even smile in the first place. Was it because she managed to get a breaking news?” a netizen commented.

After getting slammed relentlessly by netizens, the radio DJ apologised to the public, but it was announced the next morning that the radio station had dismissed her. Good luck in getting hired by another station. She made a mistake and paid dearly for it.

Anyway, we’d like to extend our sincerest condolences to the families of the deceased and wish the injured victims a speedy recovery. 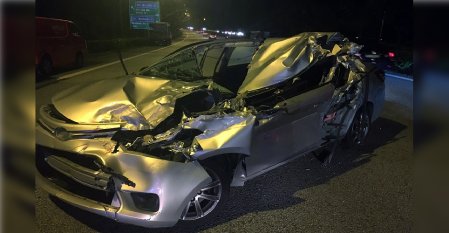