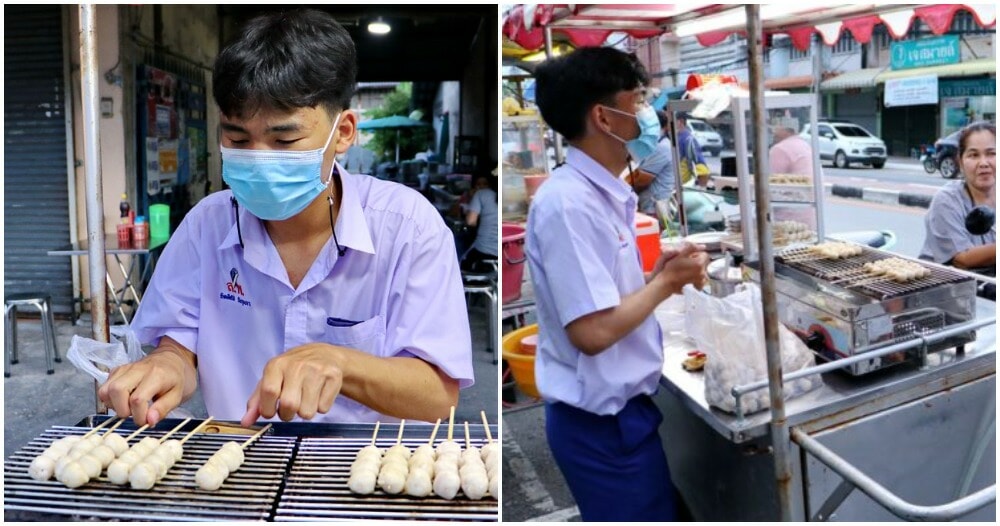 Remember the age-old saying that goes, if you want something, just do it yourself? That was the case for 15-year-old high school student, Kittitat Wankumpa or Nong Ryu from Thailand, who wanted a pair of sneakers worth 10,000 baht (RM1,318).

His father refused to buy it for him citing the expensive price. Refusing to give up, Nong Ryu decided to take matters into his own hands and set up his own pork meatballs stall to raise the money. Besides collecting money for the sneakers, he also felt like he could use the money to help his family.

According to Khaosod, Nong Ryu readjusted his whole schedule to accommodate his new hustling lifestyle. Previously, he used to wake up at 7am and go to school but now he wakes up at 6am and uses the additional one hour to prepare his materials so that his stall can be up and running by 8pm. On average, he sells more than 250 skewers of pork balls in a day!

“In the past, I never thought about the future and just assumed I was worthless and had no expertise. But now, I already have a plan for the future and a clear life goal.”

Let Nong Ryu be an example for all of us that money and opportunities aren’t handed to us in a silver platter. What started as a simple need to buy shoes led to him having his whole life figured out. We wish Nony Ryu the best of luck and for him to have meat-ier successes in the future!

Also read: Watch: Cute Cat Seen Delivering a Bag of Meatballs on The Streets in Thailand 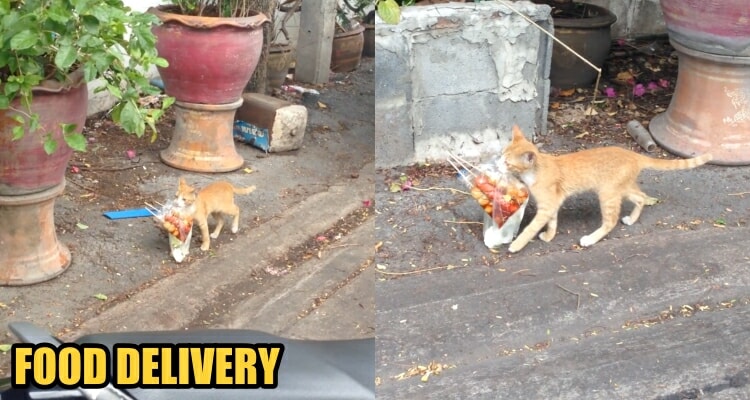