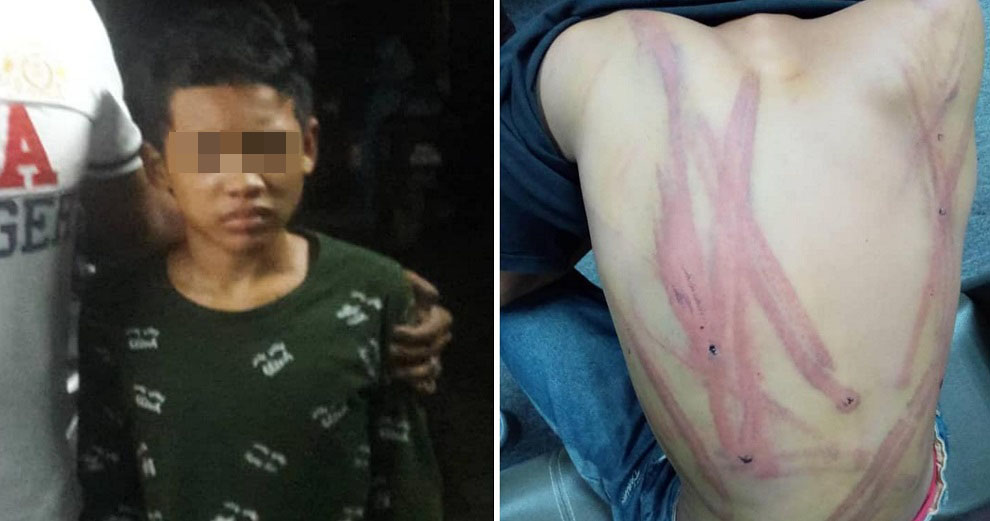 A Facebook post that was uploaded earlier today (12th July) described an incident involving a 13-year-old boy in Penang who was allegedly beaten by three individuals earlier this week.

The incident, which reportedly happened on Wednesday (10th July), began when the young boy was caught stealing cigarettes from a shop. Upon being caught, he was beaten by three individuals who were believed to have used a blunt object. In a police report on the incident that was included in the Facebook post, the boy was taken into police custody after being beaten by the three individuals and was then taken to a nearby hospital for treatment.

The 13-year-old’s parents were then informed that their son was in the emergency room undergoing an X-ray. Upon arrival, the parents saw that he had bad bruises on his legs, arms and his back.

The parents then met with the police officer in charge of the case and were given permission to file a police report regarding the incident due to the 13-year-old’s injuries.

Meanwhile, the Facebook post accused the shop, in which the incident took place, of selling smuggled cigarettes and urged the authorities to take action against them. However, this claim is yet to be confirmed. 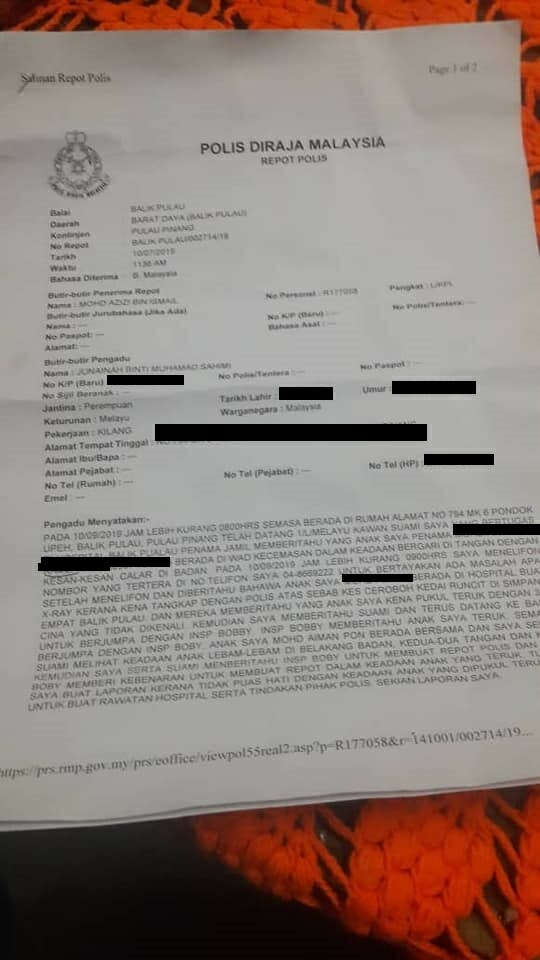 It is unclear if the three individuals allegedly involved in beating the 13-year-old boy have been identified by the police or taken into custody yet, so stay tuned for more updates on this developing story.

Let’s hope the police thoroughly and fairly investigate this incident.

Also read: 6yo M’sian Gets Beaten Up by 30yo Brother Because He Couldn’t Do His Maths Homework 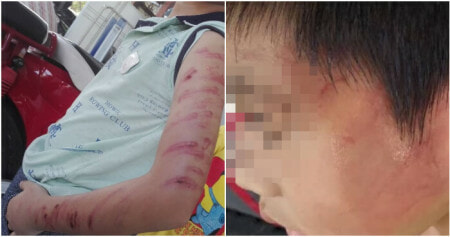