On this day 12 years ago, the entire nation was hit with the grim news of Nurin Jazlin’s disappearance. While the police tirelessly searched for Nurin, the media was working diligently to keep the people updated with the latest developments of the case.

Nevertheless, up until today, the vile person who caused unspeakable harm to the little girl has yet to be caught. 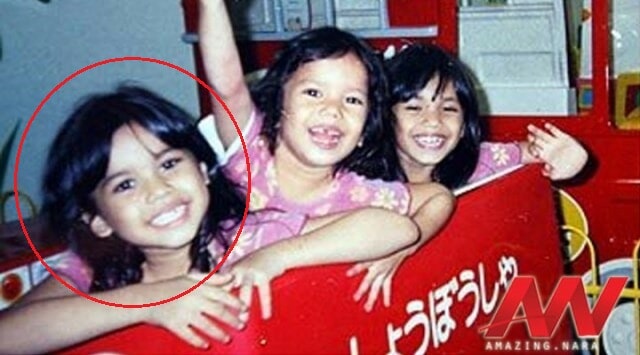 So, as we remember the tragic case of Nurin Jazlin, we decided to take a look back at the timeline of the most horrific case in Malaysia.

The Standard Two girl – who studied in Sekolah Rendah Kebangsaan Desa Setapak – was reported missing after she went to a night market near her house in Section 1, Wangsa Maju to buy her favourite hair clip. 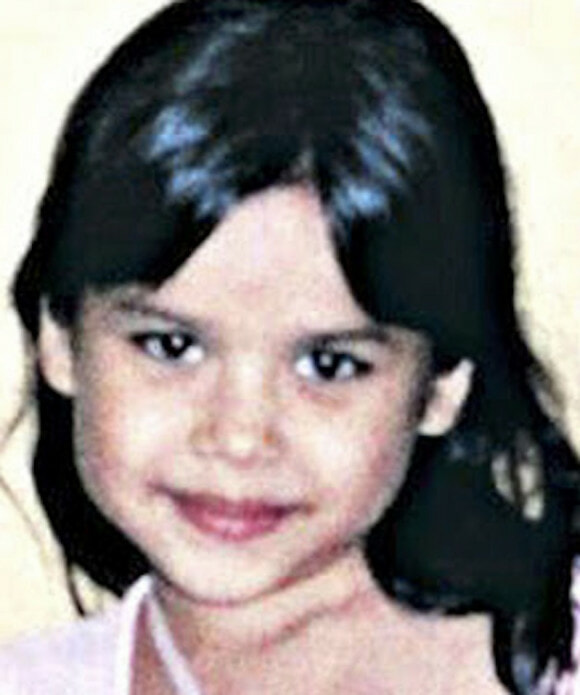 Almost immediately after the report of her disappearance, there was a huge search for Nurin Jazlin led by the authorities.

While the police were still searching for Nurin, a man rang up the authorities to inform them that a black & blue gym bag with a corpse inside was found in a book distributing company’s premises. The bag was at first discovered by the company’s supervisor, Cheng, at around 8.30 am.

However, she didn’t inspect the bag because Cheng thought it belonged to her manager Jack Yeoh who just came back from Singapore, but Jack confirmed that it didn’t belong to him. He immediately called the cops after he saw a pair of legs in the bag as he was opening it. 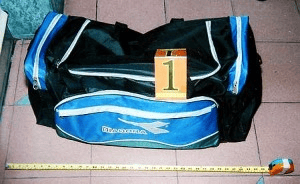 The body was later sent to post-mortem because authorities believed that that dead girl could possibly be Nurin Jazlin, who went missing several weeks prior.

20th September 2007: Police confirm that the body found in the gym bag is Nurin Jazlin

Even though Nurin Jazlin parents denied that the corpse was their daughters, the autopsy results proved otherwise. According to Petaling Jaya police chief ACP (at the time), Arjunaidi Mohamed, the body’s and Nurin’s parents’ DNA matched.

Arjunaidi further revealed that the young girl was sexually abused and brutally murdered as the report revealed that a cucumber and brinjal were placed into the girl’s genitals. 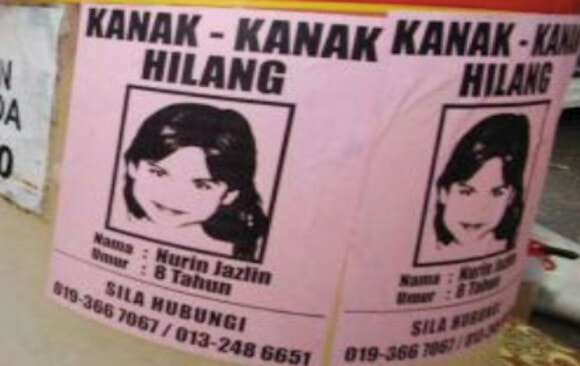 He then added that the girl was dead for over six hours before her badly butchered body was found.

Despite the post-mortem report, Nurin’s parents didn’t accept it because they believed that their daughter was still alive. Nurin Jazlin’s father, Jazimin Abdul Jalil, didn’t want to face his daughter’s gruesome death, insisting that the body wasn’t Nurin.

He made this statement based on the fact that Nurin had no gap in her teeth and there was a scar on her thigh. Having said that, he was willing to accept and perform the funeral rites for the body, but he insisted the police continue the search for his daughter. 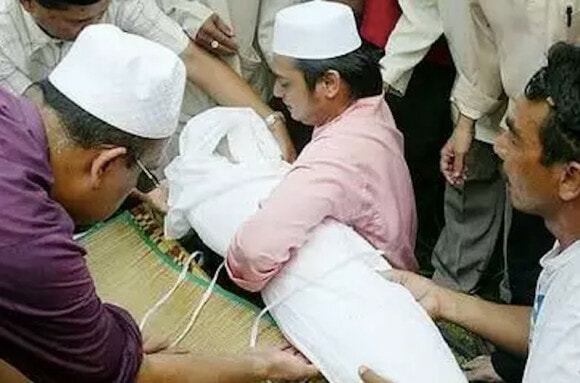 After some time passed, they accepted her death as the girl’s mother, Norazian said that she accepted the “will of God” because DNA tests proved that the corpse was Nurin.

21st September 2007: A probe to search for Nurin’s murderer was initiated

A special team was formed to search for Nurin’s murderer and it was headed by Federal CID director Christopher Wan Soo Kee. 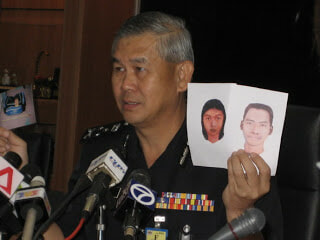 The director took on this case very seriously and the team had special strategies as well as their own networking system to capture the perpetrator(s). Nonetheless, the police chief said there could be a possibility that the suspect(s) had escaped Klang Valley because of the “extensive media coverage” on the case.

FYI, negligent parents or guardians can be fined up to RM5,000 or face a jail sentence for no more than two years, or both, under Section 33 of Child Act 2001.

Nonetheless, Mohamed’s statement was rebuked by Malaysia Crime Prevention Foundation vice-chairman, Tan Sri Lee Lan Thye because he felt that parents shouldn’t be punished after all that they had been through. Instead, he reckoned that the best way to seek justice for little Nurin Jazlin was by figuring out how the public and the police could work hand-in-hand to arrest the criminals. 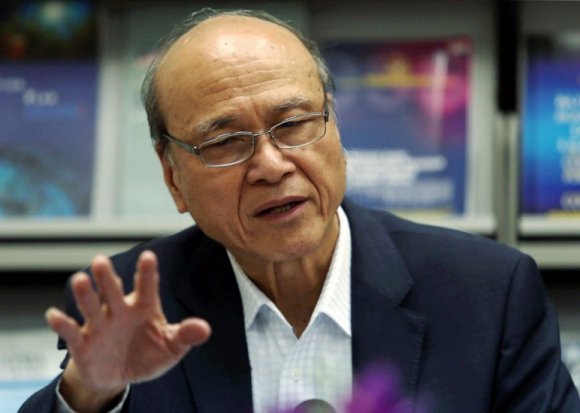 Lee’s suggestion was seconded by former Women, Family and Community Development Minister, Datuk Seri Shahrizat Abdul Jalil, who felt that the authorities’ priority should be hunting the cruel criminal(s). Lee urged parents to be aware of their responsibilities in protecting their children.

After a rigorous investigation, five suspects were nabbed in relation to Nurin’s case but four of them were released almost immediately after their arrest except for one Indonesian woman. Up until today, their immediate release was not explained explicitly.

The woman was detained near a stall at Nilai town, which is about 15km from the Seremban rest area where Nurin Jazlin was reportedly seen on 5th September 2007. In spite of that, the police refused to reveal the woman’s connection to Nurin’s case, but they elaborated that she had swallowed a SIM card when she was brought to “court for remand”. 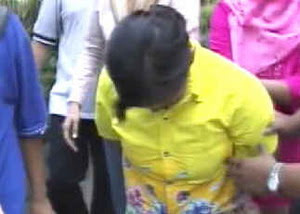 The indonesian woman who got arrested | source: power present

The woman – who was an illegal immigrant – was sent to Pusat Perubatan University Malaya (PPUM) so that medical officers could try to retrieve the SIM card. The police revealed that the SIM card was allegedly used to send text messages, which claimed Nurin was with her, to the police’s hotline number.

Even though the Indonesian lady was remanded to assist investigations, MCA Public Services and Complaint Department still considered the case as ongoing. Therefore, the head of the department, Datuk Micheal Chong offered an RM20,000 reward to anyone with information that could lead to the arrest of Nurin’s heartless murderer(s). 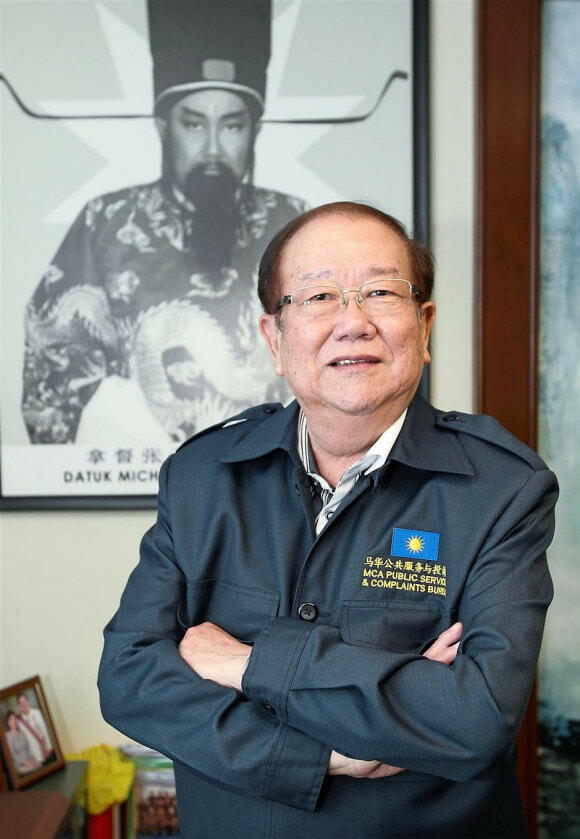 RM10,000 of the reward money was offered by the department itself and the other half of the money (RM10,000) came from a businessman.

On the other hand, ex-prime minister Datuk Seri Abdullah Ahmad Badawi said that names of convicted paedophiles should be made public as he believed that it may benefit the people greatly.

After nearly a month of investigation, the police released an enhanced version of Nurin’s kidnapping video and in the video, a man was seen carrying a Diadora bag. The man then left the bag at the spot where Nurin’s body was found and in another footage, a woman, clad in a red dress, as well as three men were seen in the area.

On that note, the video footage which was enhanced in Washington’s FBI forensics lab still couldn’t help the investigation because Nurin’s murderer(s) still remained at large.

In 2018, Nurin’s father asked the police to reopen his daughter’s case and investigate it using the latest technology. Unfortunately, Jazimin’s plea fell on deaf ears because the case was not reopened. 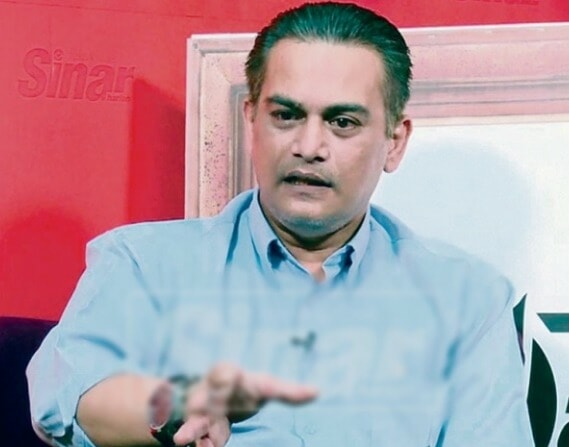 Nurin Jazlin Jazimin’s case happened 12 years ago but it still remains fresh in our memories because it’s one of the most brutal cases we have ever encountered as a nation.

Her case also serves as a reminder that parents should always be aware of their children’s whereabouts, and they should never allow young kids to go to dodgy or crowded places (like the night market) by themselves.

On that note, we hope that Nurin’s family are healing from the traumatic experience and hopefully, they get to move on with life.

Also read: 40 Years Ago Today: The Tragic Murder of A M’sian Ex-Beauty Queen That Was Never Solved 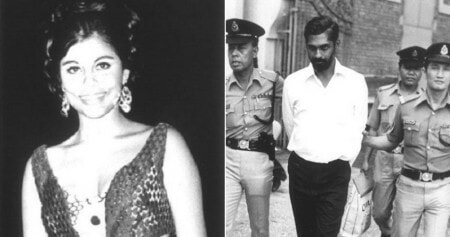