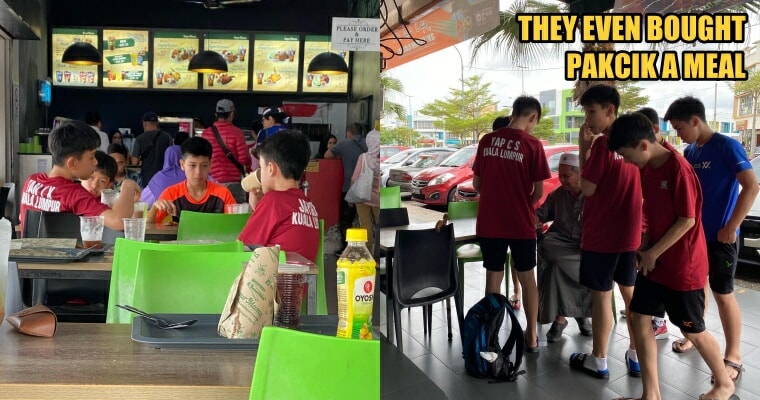 A heart-warming story touched several thousands of netizens on 6 March when a Malaysian man shared an incident he came across in Kuantan.

Facebook netizen, Ahmad Firdaus, decided to eat at his favourite restaurant as he returned to Kuantan several days ago. While he was enjoying his meal, a group of young boys sat down at a table across Ahmad, and it seemed like they came from Kuala Lumpur because of their badminton jerseys. 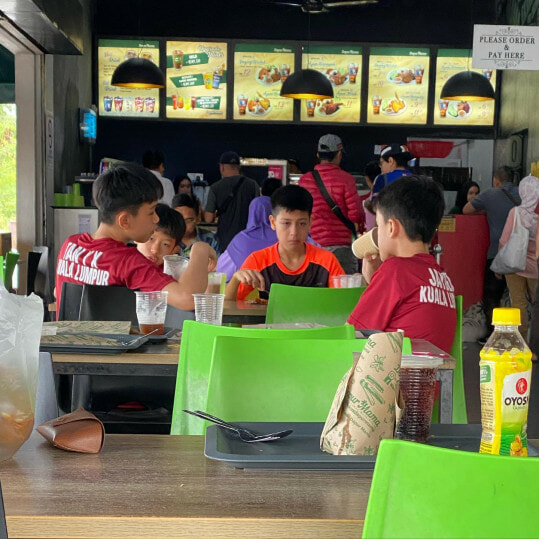 All of a sudden, the boy in the orange jersey began to cry uncontrollably in front of his mates, and Ahmad felt shocked, thinking what could’ve happened to him. Ahmad went forward to ask one of the boys about their weeping friend, and they said it was all because of a pakcik who was asking for alms at the restaurant.

“He empathises with that pakcik, that’s why he’s crying.”

Choked upon seeing how empathetic the crying boy was, Ahmad thought he himself was rather heartless. He got even more moved when he witnessed how all the other boys had also purchased a meal for the pakcik, on top of giving him donations. That was incredibly sweet of them! 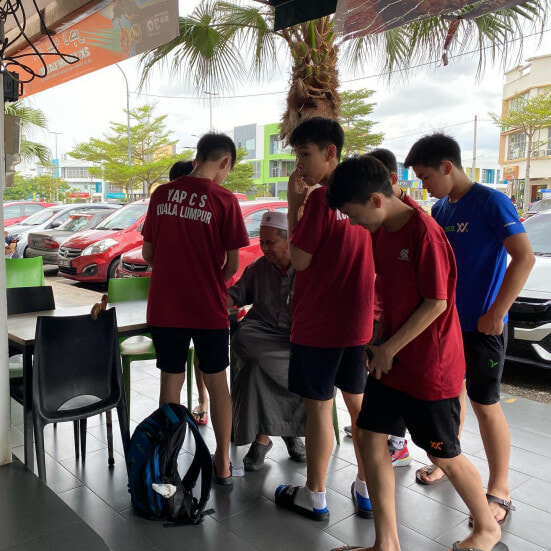 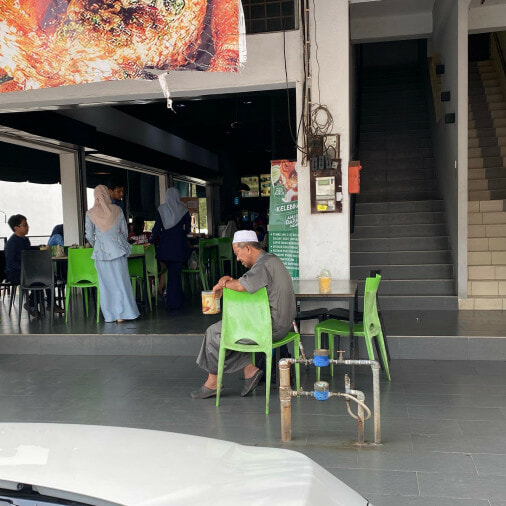 Ahmad looked over to the pakcik and saw how the elderly man was mingling with the money in his donation box, feeling surprised and unreal with what he received from the boys. Seeing how empathetic the young boys were, Ahmad felt ashamed that he didn’t feel a single thing as he walked past the pakcik earlier. He’s also impressed by their simple act of kindness, and these boys may be a reminder for him to be kind.

The look on pakcik’s face was unforgettable especially when he received such tremendous help from a group of youngs boys who didn’t know who he even was. These schoolboys showed us how simple empathy is, and how great of an impact it can make on others.

We’re beyond proud to see that humanity is being restored by the younger generation today, and we hope this story will be able to inspire others to be kind. 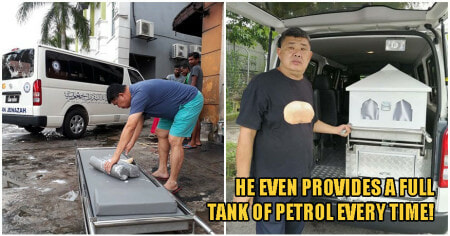