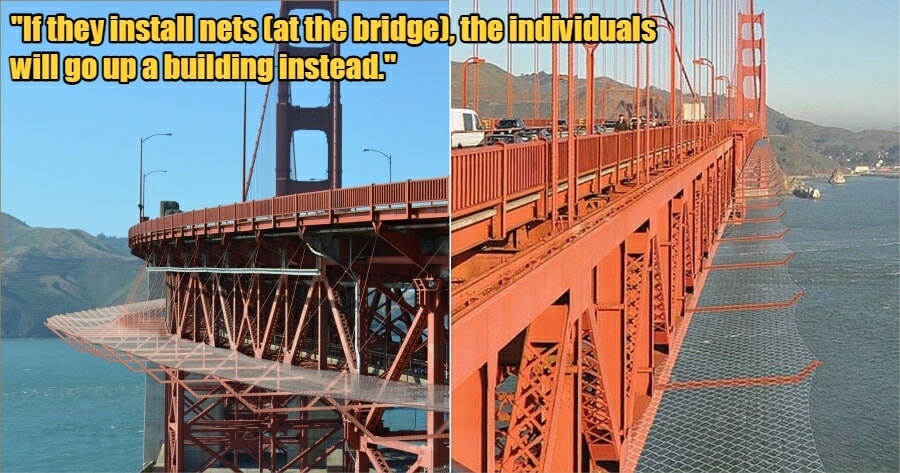 If you’ve been on social media the past few months, you would have noticed the frequent jumping cases taking place at the Penang Bridge.

Due to the alarming amount of incidents, people are now suggesting methods to help save these jumpers.

The Inforoadblock Facebook page took to their profile to suggest that suicide prevention nets be installed at the bridge, similarly to what was done for the Golden Gate Bridge in the United States. 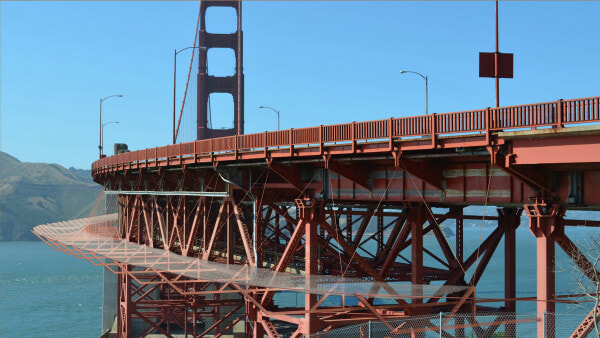 They wrote, “It is time to for an anti-suicide net like this to be installed under the Penang Bridge because almost every day, there are suicide cases here. Here is an example of an anti-suicide net installed at the Golden Gate Bridge in the USA. We ask that the relevant parties pay more attention to this matter.” 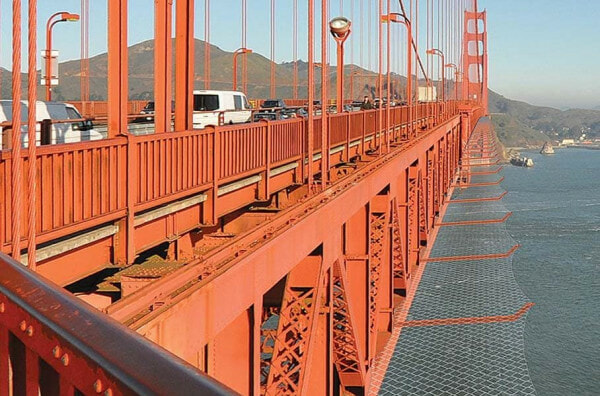 Though, many disagreed with the suggestion

Netizens believe that if the individual is insistent on committing suicide, they will always find a way. But, with that, they also pin pointed that the authorities need to look at the bigger picture.

“If they fall onto the net, they can still jump from the net. Same thing.”

“Many people are stressed out now. If they install nets (at the bridge), the individuals will go up a building instead. It’s not a bad idea but there needs to be more of an effort to provide help such as counseling, reducing the stigma, improving living standards and more,”

“Not only by the government but also the community and family members themselves must be sensitive to the issue of depression and mental health in each individual.”

On top of providing proper and accessible assistance to those suffering through mental health problems, do you think suicide prevention nets will help reduce the staggering amount of jumping cases? 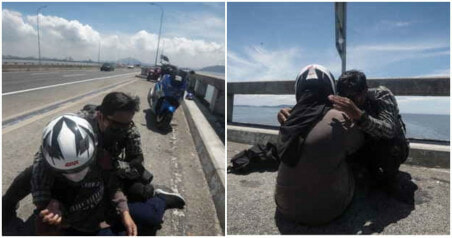