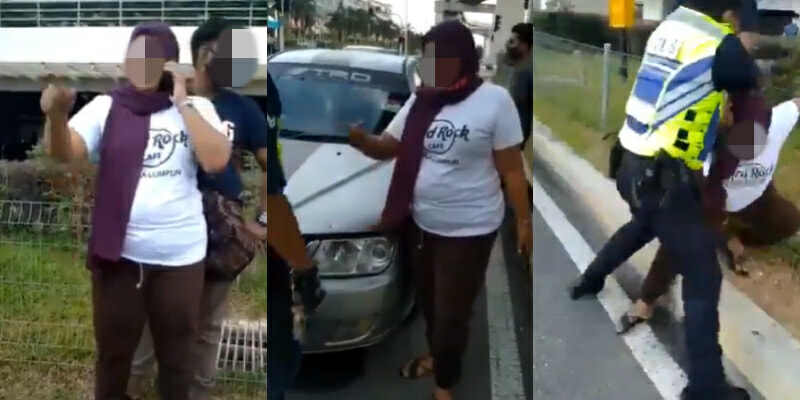 Taking place at Persiaran Kewajipan, Subang Jaya, the police apprehended a woman for provoking the police in her efforts to defend her husband, who owned fake documentation during a police check-up in the area.

The husband, who is a Pakistani national, became the focus of police when he produced a fake MITI approval letter and identification documents only to be confiscated later on by the woman.

Caught on tape, here is the incident.

In the video the woman questioned why everyone else was allowed through but for their turn, police asked them to stop for further inspection.

“I don’t get the part when you ask others through, you stop us for further inspection.” 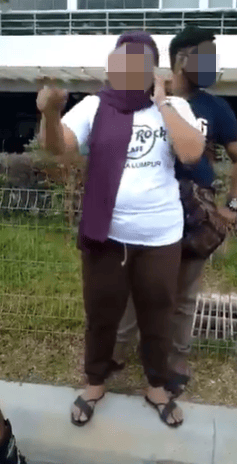 At this moment, the woman began calling an unidentified person, probably to help with the situation.

Things went south from then on, as the woman even attacked the police officers on duty. 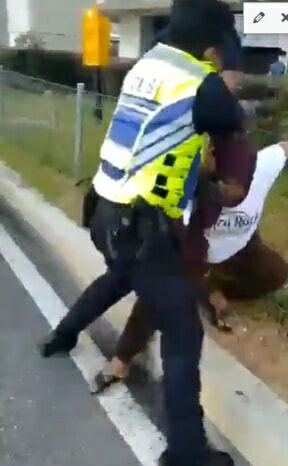 According to the Subang Jaya Chief of Police, Assistant Commissioner Abd. Khalid Othman, “The police requested identification documents including a MITI approval letter, of which was identified as fake because the company name on the letter did not tally with the company that the woman claimed they were working for.”

“Suddenly, the woman confiscated the documents from the police and began hurling obscenities at them.”

“She even attempted to attack a bystander who was recording the incident resulting in police intervention and arrest.”

Commenting on the incident, netizens were very much appreciative of PDRM’s actions, with many wanting them to clamp down on people who use fake documents to breach SOPs.

One netizen writes, “This is good information for the public to respect the law of the country.”

“Good job PDRM. It is time we taught these people a lesson.”

What are your thoughts on the matter? Should we see more police clamp downs on those using fake documents for interstate and interdistrict travel? 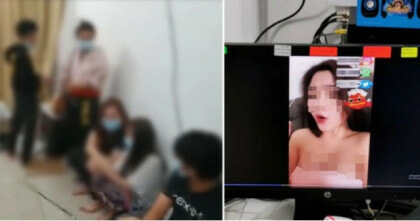