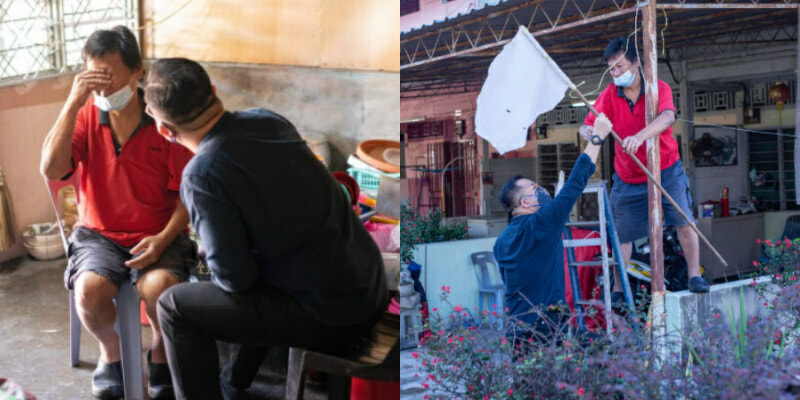 Taking to Twitter, netizen Steven Sim shared a story of how important the white flag movement were to help Malaysians who are going through hardships get all the help they need.

Sharing images of flags hoisted up in droves, Steven writes, “The white flag campaign is not for laughs and giggles. Some have exhausted all channels to ask for help.” 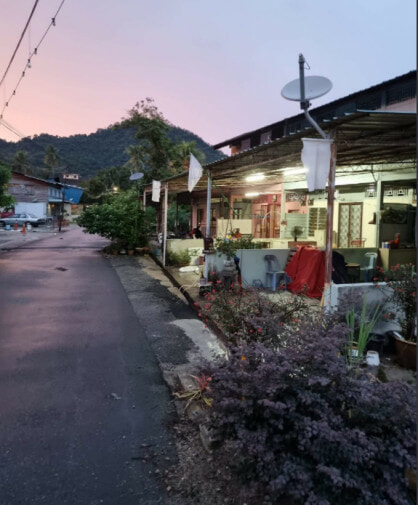 “Yesterday I received a message via Facebook of a white flag situation at Bukit Mertajam. Ah Soon works as a hawker and lives in a house in the middle with the white flag.”

“Ah Soon told me that he has had enough and wants to ‘leave’. It is not that he does not want to work, but every time he tries to open his stall, MCO arrives.” 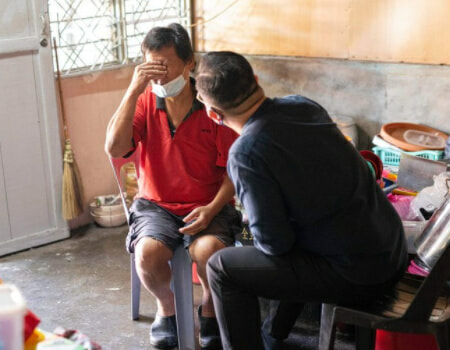 Ah Soon shared that not only has he not been able to make a steady income in the passing months, his debt has significantly risen, and all his belongings were sold to buy food.

“I told him to not give up, there is still hope. It is a good thing that a white flag was put up so that people will take notice of his hardship.”

“He wants to restart his business but could not find the means to do so. So I promised to pay all his debt.”

Asking Ah Soon what he wanted to sell, Steven can see that there was still a fight in him.

“When he shared his menu with me, I could see his passion. So I told him that we should start his business right away.” 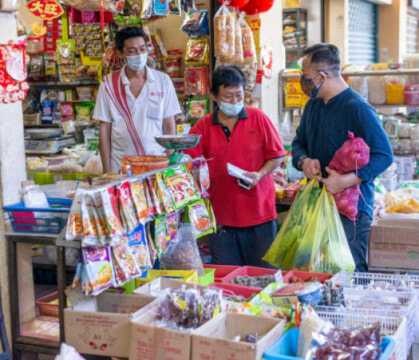 “I helped him out with the lot he wanted to lease, bought raw materials, and promised him that I would pay for his rent until the end of the year.”

“I am happy that now Ah Soon is busy with his stall. I asked him to promise me three things:

2. When he can afford it, help others.

3. Tonight I will tapau food from him, on the house.” 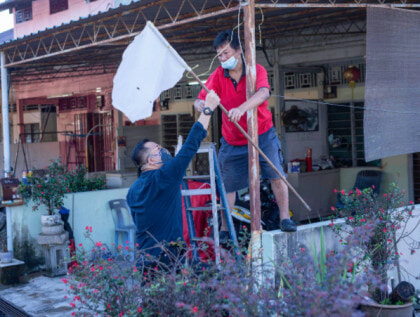 Happily, Ah Soon himself took down the white flag he hoisted up earlier.

Now that’s what we want to see. Let’s do our part in helping out fellow Malaysians, where we can.

Also read: “We were afraid” Elderly Women Take Down White Flag After Being Told It’s “Rude” & They’ll Be Fined 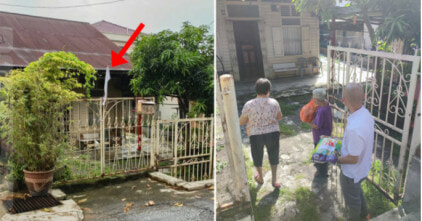