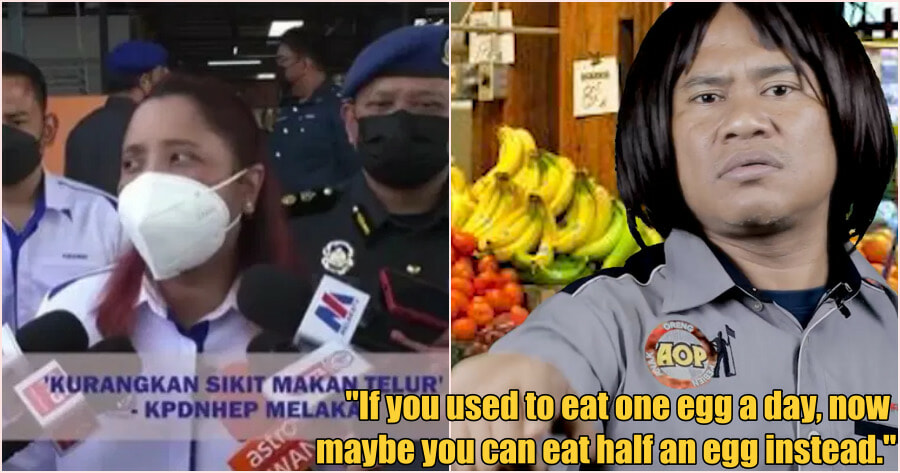 Recently, government officials have found themselves facing the full wrath of the public following the rise in the prices of food items such as cooking oil and eggs.

Following her comments, local YouTuber, DD Chronicle, became an internet sensation after he made a parody of her interview. 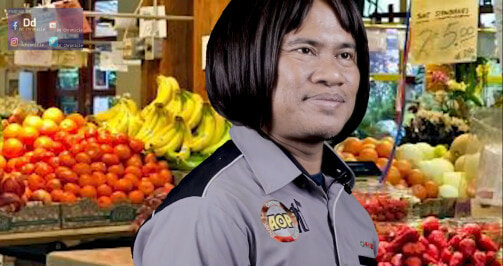 DD Chronicle, whose real name is Dediy Sulaiman, recreated the video, complete with the background, hair, and outfit.

In the video, pretending to be a politician from the government, he declares his aim to combat the rising cost of food items by monitoring it from time to time.

When the interviewer asked what else they plan to do, DD Chronicle said, “We can only monitor the prices. God will decide on them.”

DD Chronicle hilariously instructs his ‘staff’ in the background to check the prices poultry to ‘show off’ his sign of authority as politicians usually do. 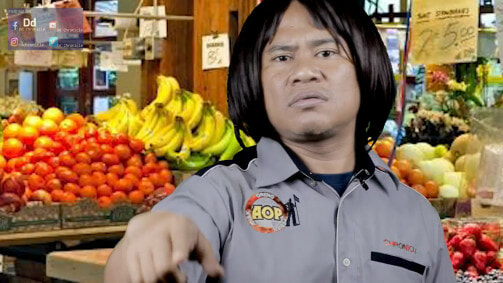 The interviewer also asked him if he was aware of the public’s anger at the government’s lack of common sense and action, to which he responded by saying that the people must also do their part.

He told Malaysians to cut down on eating eggs, chicken and cooking oil and seek alternatives.

“If you used to eat one egg a day, now maybe you can eat half an egg instead.”

“If you can make mee rebus, then you can also make nasi rebus,” he said.

He also advised Malaysians to eat less in general. “Instead of criticising the government, we should all just be grateful for what we have right now.”

Malaysians loved his take on it

Since its release on July 2, the video posted on Facebook has amassed more than 7,600 comments and 1.7 million views.

The parody amused Malaysians, who loved his comedic take on the issue.

“Your parodies have never disappointed,” said a netizen.

Meanwhile, some users even shared tips on how he could have improved it. They told him he should’ve worn a brightly coloured wig to resemble the director even more.

“The hair is not on point… the director’s hair is maroon,” said a user.

What do you think of his parody? Let us know in the comments. 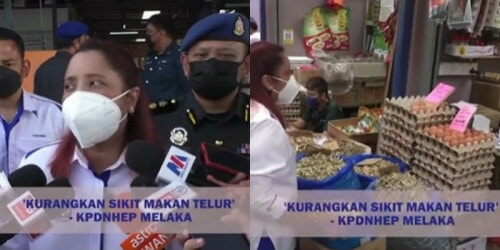