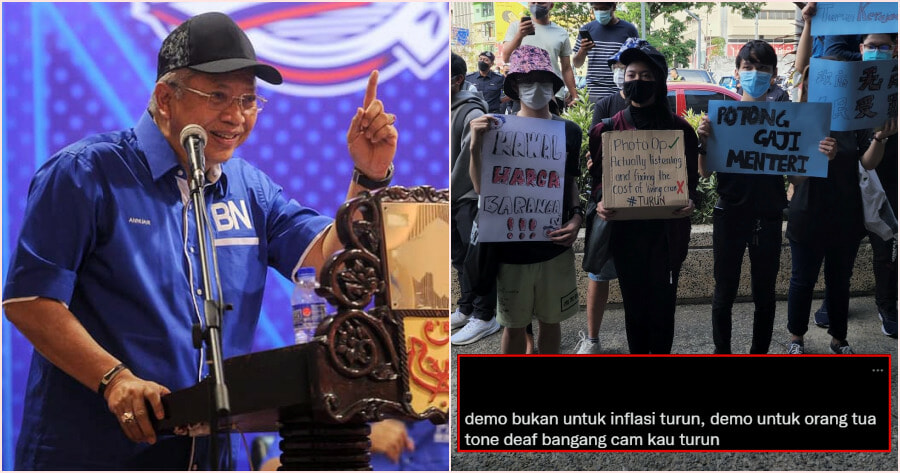 Recently, the #Turun protest, which saw eight participants being called in for questioning by the police, attracted widespread attention.

However, some people believe that holding a demonstration or a protest won’t exactly bring about a change in things, especially regarding the rising cost of living. 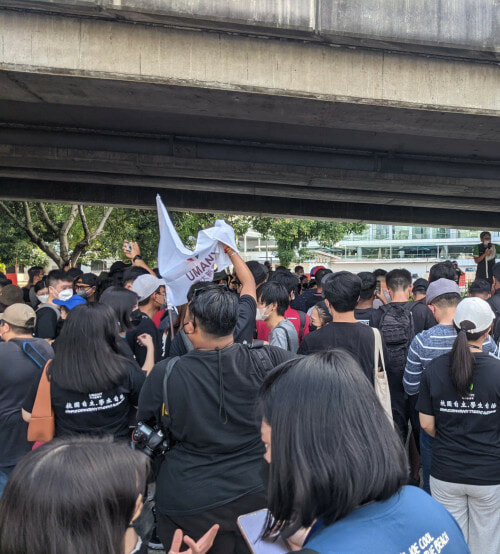 Jihad Against Inflation task force chairman Tan Sri Annuar Musa recently said that although demonstrations are not an issue in a democratic country, inflation rates have never plunged after a protest throughout the history of the world.

“Those who want to have a demo, demo lah. Just that I haven’t found – in the history of the world – that inflation would decrease after a demo.”

When asked about Saturday’s #Turun protest, the Communications and Multimedia Minister invited the demonstration’s organisers and leaders to meet with him and share proposals to address the country’s inflation rates. 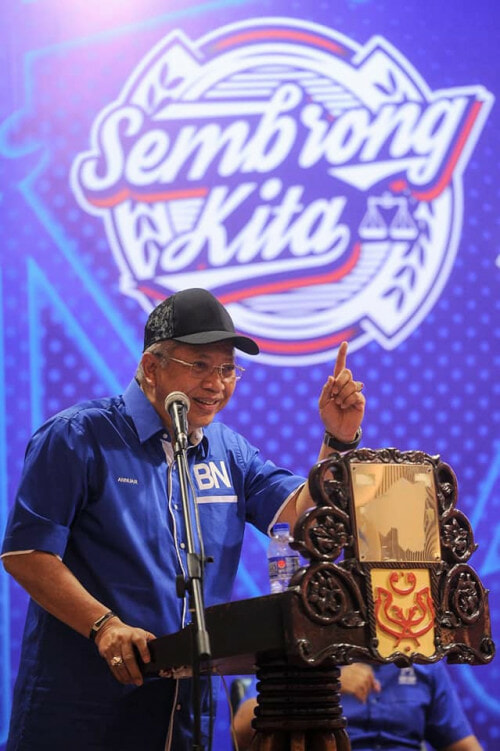 “Other countries’ inflation rates are at 8%, 10%. There’s no demo(nstration). Here, we have (an inflation rate of) 2.8% and demonstrations. Others would say, ‘what are we (doing)’ right?“ he told reporters after an award ceremony held yesterday (July 3) in conjunction with Malaysia Digital Economy Corporation’s silver jubilee.

“Demo leaders, when they’re free, come and meet me. Let’s share ideas. I’m not that smart to handle all of it on my own. I’m not Superman.”

He also added that the special inflation task force would invite experts like Bank Negara Malaysia. He said that there are influencing factors that are not under the government’s control.

“Isn’t it your job to find the solution?”

His comments have sparked a backlash as netizens criticised him for being tone-deaf and asking protest leaders to come up with a solution when it is supposed to be his job.

“Demonstrations are not forcing inflation to reduce. It’s for old tone-deaf people like you to step down,” commented one user.

Another pointed out that demonstrations are used to pressure those in power to take control of inflation. “No demonstrations will solve a war, poverty or improper use of authority. But it’s for the rakyat to voice out to those in charge,” they added. 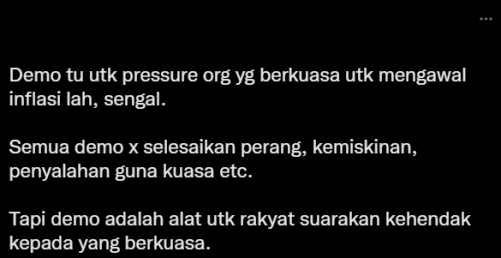 “The function of a demonstration is to show the world that people like you who are supposed to handle inflation are not doing your jobs! It’s a tool to pressure, not a solution,” said another user. 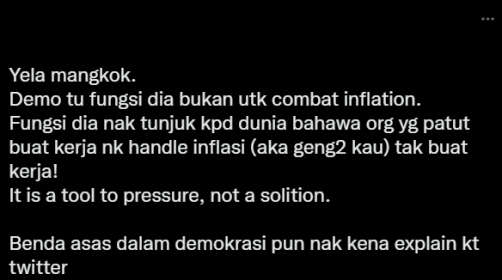 What do you think of his statements? Do you agree with him? Let us know in the comments.

Also read: M’sians Are Outraged At The Police For Bringing In 8 Participants Of #Turun Protest For Questioning 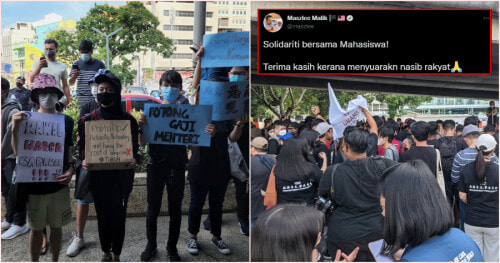