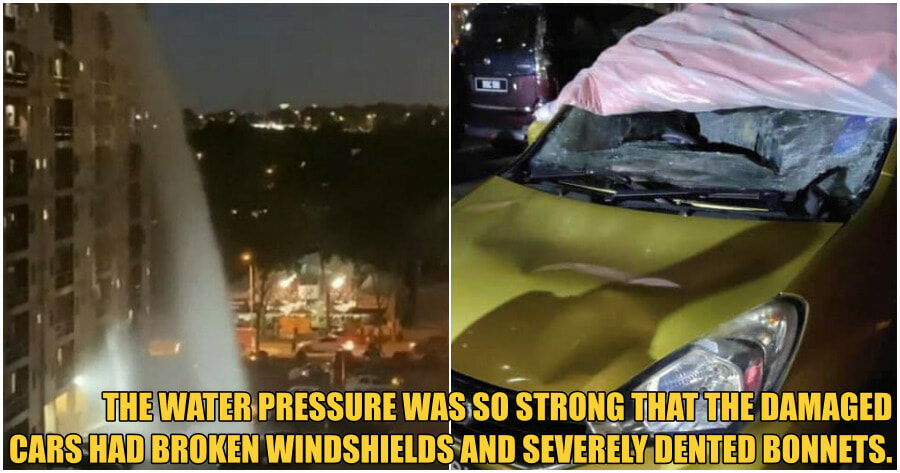 When we think of waterfalls, an image of water cascading magnificently over rocks and surrounded by nature pops up. Who would’ve ever thought that a waterfall could occur in another context?

In a freak accident that took place yesterday, a “waterfall” caused by a burst water tank on one of the upper floors of an apartment block damaged six vehicles belonging to residents. 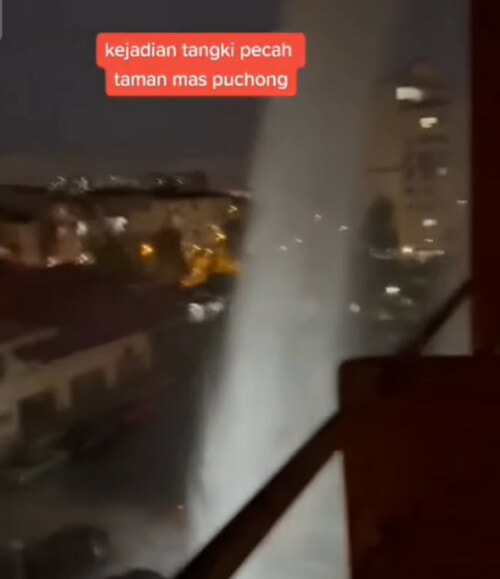 The incident happened at about 7.40pm on Thursday (October 27, 2022) in Block A of the Penaga Mas Apartment in Taman Mas, Puchong, Selangor.

A video of the incident was first shared by @ameiraaaa on her TikTok account yesterday. The video has since gained more than 1.4million views and is still growing. 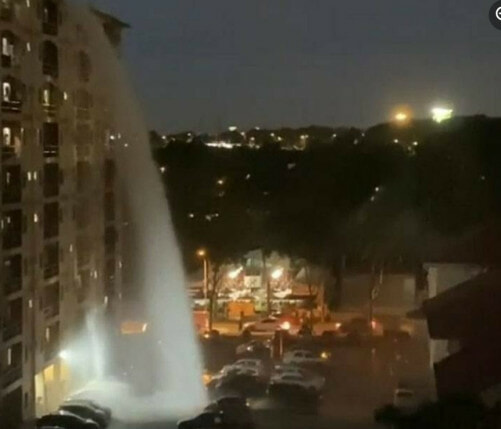 In the video, water plunged down in torrents from the 10-storey building before pounding on vehicles parked on the ground floor.

The water pressure was so strong that the damaged cars had broken windshields and severely dented bonnets. 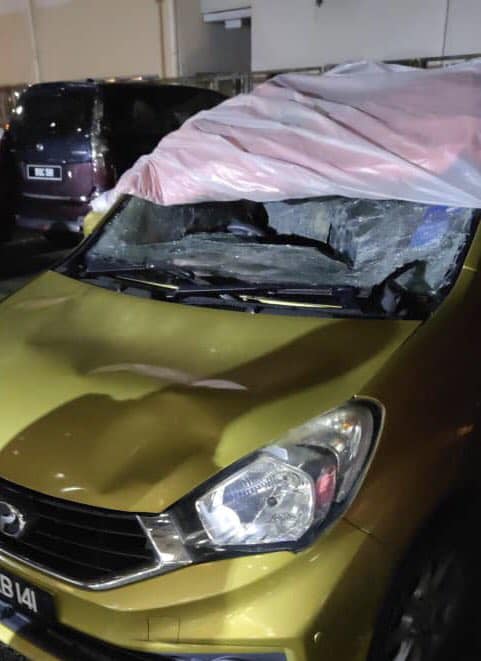 In the comment section, netizens make funny comments about the incident.

“That’s what you call a water theme park.”

“Washing the car inside and out all at once.”

“Wife: I want a house with a waterfall view.”

Meanwhile, others expressed sympathy for the victims of the incident, especially those whose car suffered damages.

“Pity the car owner. Water in the engine and all.”

Help is on the way

However, he said the incident did not involve any casualties and only caused damage to property. The victims involved were also asked to make a police report for insurance claims.

“A water tanker from Pengurusan Air Selangor Sdn Bhd (Air Selangor) was sent to supply clean water to the 172 affected homes,” he said in a statement on Thursday night.”

How unfortunate! We hope the victims are able to receive the help they need. 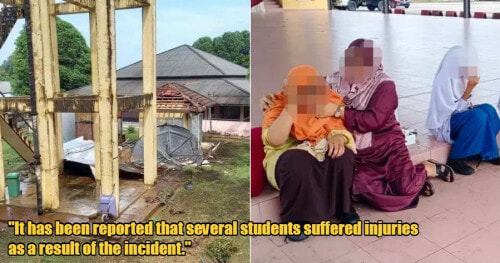