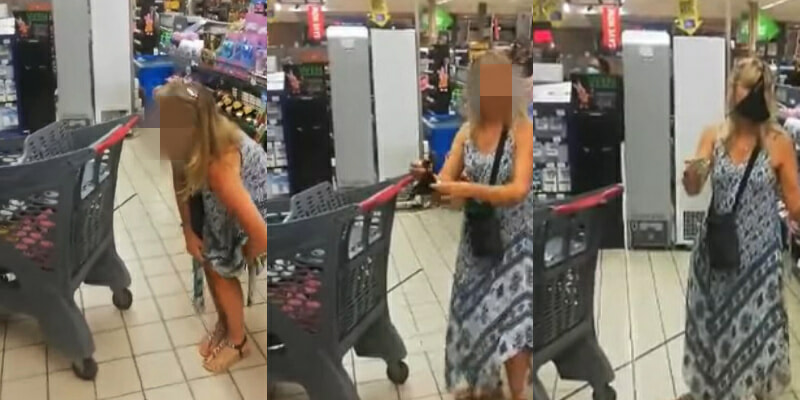 In South Africa, some have yet to get the memo that face masks are compulsory when going out in public.

After becoming viral on social media across South Africa, a woman who was forced to wear a mask in public took her thong off and made a makeshift mask out of it. The best thing about it is that all of it was caught on camera.

In the video, a woman seen pushing her shopping cart at South Africa’s Pick n Pay can be seen halted by an employee for not wearing a face mask.

With much savagery, the woman took off her thong and placed it over her face.

The action was caught on tape by another shopper standing nearby before posting it on social media.

In another video, another shopper began defending the thong-wearing lady by scolding the security guard.

Waving around a legal document, the lady in the white blouse is seen scolding the security guard for forcing the thong-wearing lady to wear a mask.

“We are not required to wear a mask.”

“This is against our constitutional rights!”

According to the person recording the video, employees at the supermarket were merely carrying out their duty.

What are your thoughts on the matter? Please share it with us in the comments section below.

Also read: Kind PDRM Officer Puts Facemask On Trembling Elderly Woman As He Was Worried For Her Safety 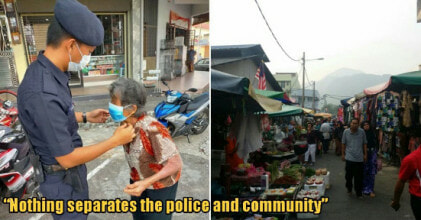