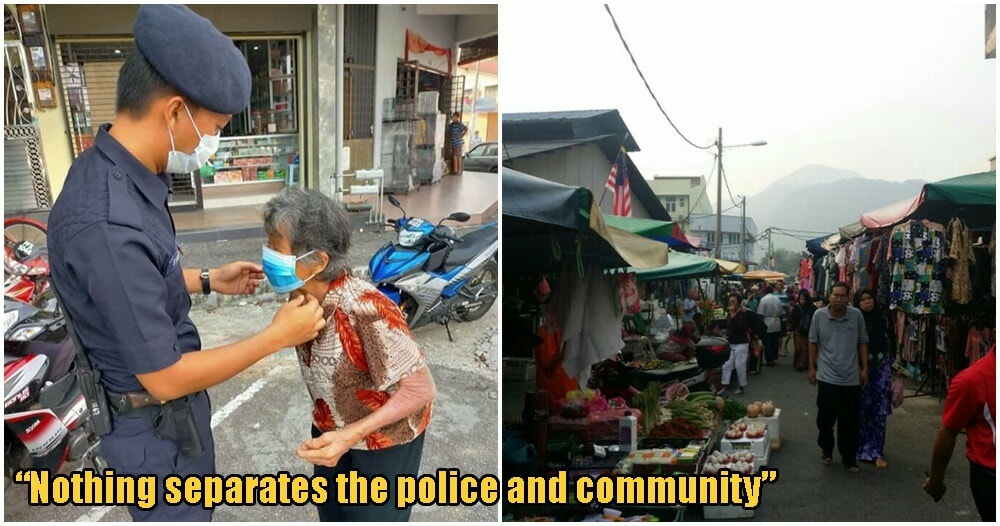 With this Covid-19 tragedy affecting so many around the world, we should take a page from this officer’s book to learn from small acts of generosity like these. It doesn’t take much to brighten up someone’s day.

“Aunty came on her own to the market without wearing any protective equipment. I got worried for her safety so I offered to help put a mask on for her,” said kind constable, Mohamad Syahmin Anuar, who was pictured in the act along with the elderly woman, in a Facebook post by Polis Daerah Ipoh that went viral yesterday (8th April).

“As I got closer, I noticed her frail condition. Her hands were trembling so I thought it would’ve been difficult for her to put on a mask by herself,” said the empathetic 25-year-old PDRM officer, recalling that the incident occurred at 10am yesterday when authorities were patrolling a public market at Gunung Rapat, Ipoh. 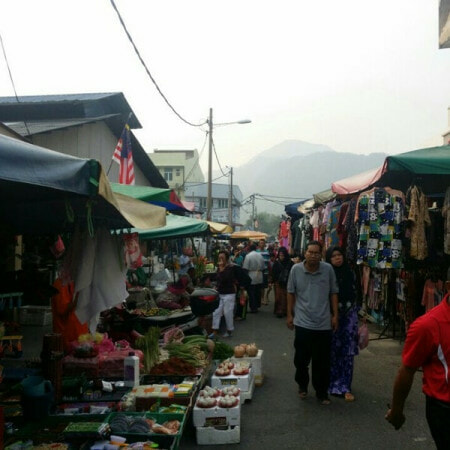 “I offered to help her put on the mask and she nodded to show her consent before thanking me,” he added in a statement recorded by Sinar Harian. The concerned constable who just joined the police force last February took the opportunity to advice the elderly woman on the importance of wearing face masks in public.

“She understood, which was why she asked me to help her put on the mask.” The photo that went viral on Facebook was captioned, “Picture of the day: Constable Mohamad Syahmin Anuar helps a senior citizen who wasn’t wearing a mask while patrolling in Kampung Rapat, Ipoh.”

Many netizens praised the officer for his sincere actions that hold up PDRM’s theme “Nothing separates the police and community”. Wearing face masks while you’re visiting the market is just one of the regulations enforced by authorities during the MCO to curb the spread of the virus.

What a wholesome sight. In a time like this, when it seems as though bad news can be found at every turn, it’s small acts like these that reassure us of hope in a better future. 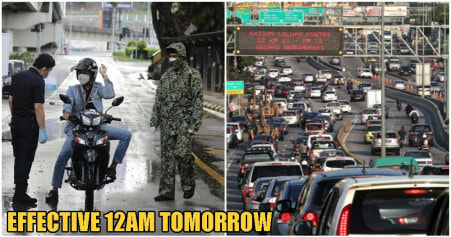