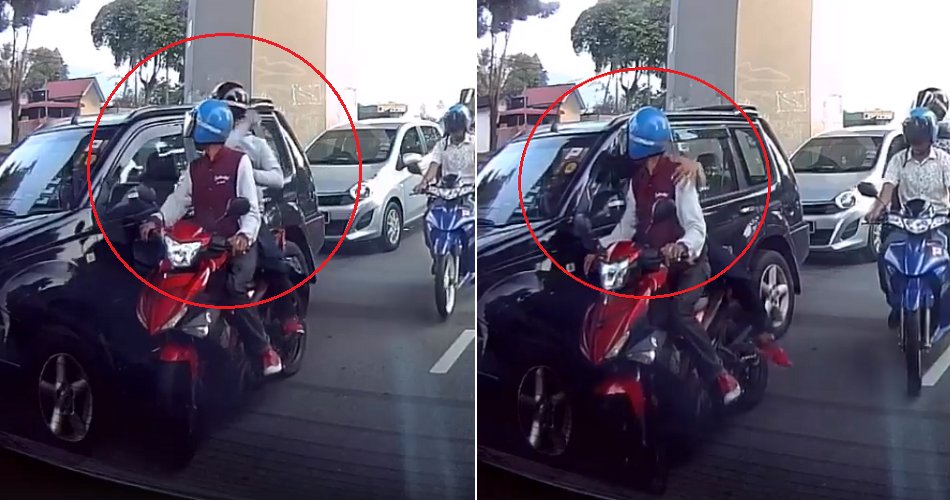 Many of us think that travelling by car is probably the safest way to commute but it may not be safe after all, because felons will stop at nothing to commit a crime.

Just three weeks ago, a viral video captured two men committing a crime in broad daylight in the middle of a traffic jam. According to The Reporter, two men were seen slowing down their motorcycle in front of an Axia before moving forward to another car.

They then proceeded to break the glass of the car, which was in front of the Axia, with their elbows and snatched a handbag that was kept in the front passenger seat. The report said that the incident took place in the vicinity of Kepong or Selayang. The horrific theft was reportedly recorded by another motorist’s dashcam who was there during the incident. 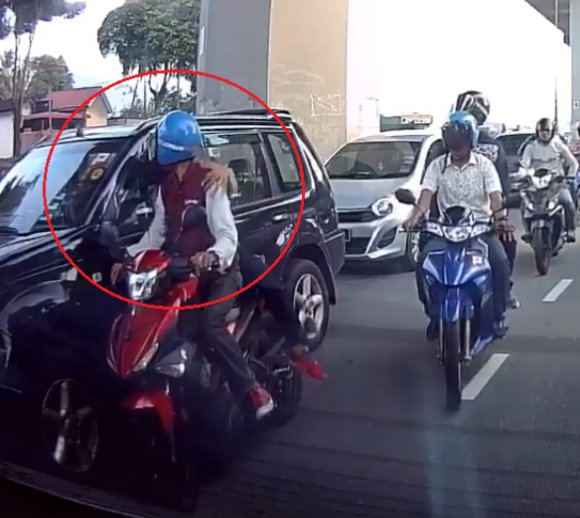 After snatching the bag, the two thieves sped off and they were followed by another person on a motorcycle who is believed to be their partner. During the whole ordeal, other motorists, including motorcyclists, were stunned as they tried to digest the incident that just took place right in front of them.

The video didn’t show if the driver had chased down the thieves. Also, it is unknown if a police report was made by the victim. We hope the person lodges a police report because that’s the right thing to do.

You can watch the scary incident below:

To be on the safe side, we urge everyone to be extra careful even when travelling by car and remember not to keep your personal belongings on the passenger seat; stash them underneath instead! 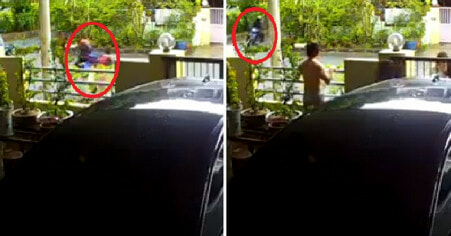